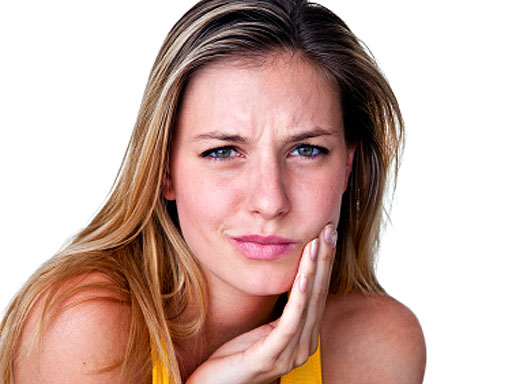 (CBS/AP) Toothaches can be incredibly painful, but painful enough to send you to the emergency room?

For a growing number of Americans, the hospital is the first line of treatment for dental care, according to new research from the Pew Center. And these patients are probably paying 10 times as much and getting worse treatment than they'd get from a preventive visit to the dentist, experts warned.

"Emergency rooms are really the canary in the coal mine. If people are showing up in the ER for dental care, then we've got big holes in the delivery of care," said Shelly Gehshan, director of Pew's children's dental campaign. "It's just like pouring money down a hole.

For the report, Pew researchers analyzed hospital information from 24 states, data from the Federal Agency for Healthcare Research and Quality and studies on dental care. The researchers found ER visits nationwide for dental problems increased 16 percent from 2006 to 2009. In Florida, for example, there were more than 115,000 ER dental visits in 2010, resulting in more than $88 million in charges. That included more than 40,000 Medicaid patients, a 40 percent increase from 2008.

Many ER dental visits involve the same patients seeking additional care. In Minnesota, nearly 20 percent of all dental-related ER visits are return trips, the report said. That's because emergency rooms generally are not staffed by dentists. Doctors might offer pain relief and medicine for infected gums but not much more for dental patients. And many patients are unable to find or afford follow-up treatment, so they end up back in the emergency room.

Not all states collect data on ER visits for dental care, but those that do reveal the trend, Gehshan said.

Using emergency rooms for dental treatment "is incredibly expensive and incredibly inefficient," said Dr. Frank Catalanotto, a professor at the University of Florida's College of Dentistry who reviewed the report.

Preventive dental care such as routine teeth cleaning can cost $50 to $100, versus $1,000 for emergency room treatment that may include painkillers for aching cavities and antibiotics from resulting infections, Catalanotto said.

These infections can be dangerous, especially in young children, who may develop fevers and dehydration from preventable dental conditions. In Florida, for example, 200 children were hospitalized in 2006 for those types of infections, he said.

Dr. Robert Glatter, emergency medicine physician at Lenox Hill Hospital in New York City, told HealthPop that his hospital has also experienced an influx of patients visiting the emergency department with toothaches and chronic dental problems. He said some of the patients have severe dental disease including abscesses and neck and facial infections which may require deep sedation. That ties of up additional emergency room resources.

"In a broad sense, it may contribute to overcrowding in emergency departments, potentially causing delays for patients who may have more serious ailments," Glatter said.

The recession has contributed to the trend, Catalanotto said. When a family member loses a job, dental care may take a back seat to food and other necessities.

Part of the problem is also low Medicaid fees for dentists. In Florida, only about 10 percent of dentists participate in the state Medicaid program, Catalanotto said.

The numbers also are rising in hospitals in Illinois, where dentists have complained about low Medicaid reimbursements. Pekin Hospital in Illinois t has seen a significant increase in ER patients with "very poor dental health," said Cindy Justus, the hospital's ER nursing director. They include uninsured patients and drug abusers, and many are repeat patients.

"There's just not a lot of options" for them, Justus said.

Shortages of dentists, especially in rural areas, have contributed to the problem, Gehshan said. She said the Pew center is working with states to develop training for dental hygienists and other non-dentists in treating cavities and other uncomplicated procedures. Other potential steps include increasing water fluoridation and use of dental sealants.

Those two preventive moves are backed by the American Dental Association, according to a prepared statement it sent to HealthPop. The ADA also calls on states to do more to address the oral health disparities, by increasing funding for Medicaid programs to attract more dentists.

"Surely, all can agree that no one should have to seek dental treatment in a hospital emergency room," the ADA said in a statement. "The inability to surmount the barriers to oral health care can result in delayed diagnosis, untreated oral diseases and conditions, compromised overall health status, and, occasionally, even death.

Are there other cheap options for dental care? According to the National Institute of Dental and Craniofacial care, dental schools and dental hygiene schools can be a good source of reduced-cost treatment. Also, researchers recruiting for clinical studies will sometimes provide dental treatment for a particular condition they are studying.

The NIDCR has more resources for low-cost dental care.