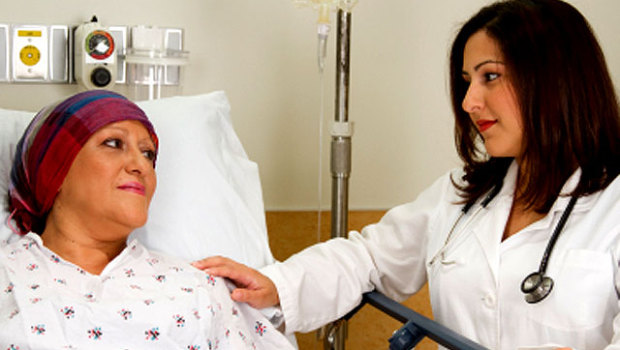 The number of cancer survivors in the U.S. will grow to almost 19 million in 2024, according to a new report from the American Cancer Society. The report says there are currently 14.5 million cancer survivors living in the country.

The findings are published in the American Cancer Society's "Cancer Treatment & Survivorship Facts & Figures, 2014-2015" report, along with a companion article in CA: A Cancer Journal for Clinicians.

The number of survivors is growing for a number of reasons. Better screening efforts help detect cancer sooner, and better treatments have reduced the death rates for many common cancers. Another factor is that an aging population is living longer, increasing the chances of getting a cancer diagnosis later in life. The American Cancer Society defines a survivor as anyone who's received a cancer diagnosis, even if they have not yet completed treatment.

"We have patients that are going through very effective therapies. Our oncology community has really improved the care that can be delivered for many, many cancers and so our patients can, in fact, finish their therapy and have full confidence that they're going to have long and healthy and productive lives," Oeffinger said.

Currently, the three most common types of cancer found in men are prostate (43 percent), colorectal (9 percent) and melanoma (8 percent). Among women, the most common cancers are breast (41 percent), uterine (8 percent) and colorectal (8 percent). The report projects there will be little change in the next decade, but the survival rate for these cancers will continue to grow. Lung cancer is likely to remain the top cancer killer among men and women in the U.S.

"Lung cancer is definitely a difficult cancer when it's diagnosed at a late stage," said Oeffinger, who was not involved in the report. "Fortunately, we are able to screen for lung cancer. The National Lung Cancer Screening trial demonstrated that there's a significant lowering of mortality both from lung cancer and all causes by screening with a low-dose CT scan." He added that increasing survival rates for lung cancer depends on screening patients who are most at risk, such as long-time smokers.

But even in the best of circumstances, surviving cancer poses long-term challenges to one's physical and emotional health.

Cancer survivors are at a higher risk for a number of health problems, including heart abnormalities, high cholesterol, diabetes, sexual dysfunction, kidney trouble and short-term memory problems. For example, radiation and chemotherapy treatments that kills cancer cells can also weaken the heart. "Our patients that are treated at age 14 might have a heart attack at age 30 or 35," said Oeffinger. "Our goal is to identify that and screen it and prevent it."

Additionally, in the years following successful treatment, many patients face serious emotional and psychological challenges such as depression and anxiety.

After a cancer diagnosis, the stuff of everyday life, such as holding down a job and maintaining close relationships, can be a challenge for many survivors. A recent study found 30 percent of breast cancer survivors who had jobs when they began treatment were unemployed four years later.

For all these reasons, care for patients in the future will need to emphasize support services for survivors.

"We used to think of the paradigm as cancer was something that we had, we treated it, we either got better or we didn't," notes Oeffinger. "And now that we have so many different, effective therapies, even patients with advanced cancer -- metastatic cancer -- they can be treated periodically again with different types of chemotherapy or targeted therapies that are coming, radiation, surgery, other effective therapies for keeping them doing well and keeping them active."

That will help doctors and patients determine "what do we do now, in the next one year, five years and 10 years," he said. "It's a dynamic plan. As we learn information we can improve upon those plans."