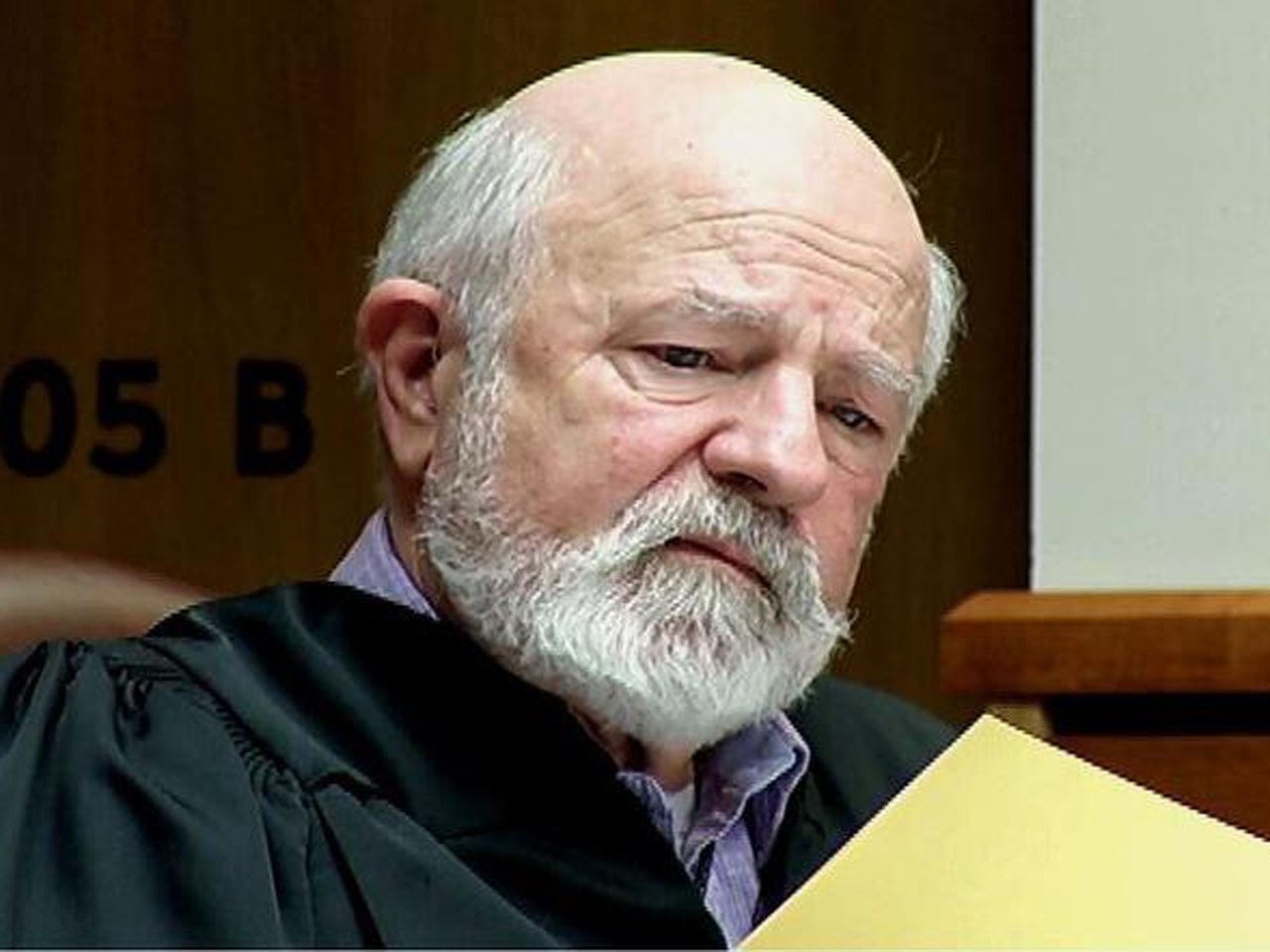 BILLINGS, Mont. -- A Montana judge who was censured by the state's high court for his comments about a 14-year-old rape victim has been chosen for a lifetime achievement award by his local bar association.

Yellowstone Area Bar Association President Jessica Fehr said Thursday that former state District Judge G. Todd Baugh of Billings was chosen for the award by the group's board of directors.

Baugh, 73, sparked widespread outrage in 2013 over comments suggesting that a 14-year-old girl shared some responsibility for her rape by a teacher. Baugh sentenced former teacher Stacey Rambold to just one month in prison in the case.

Baugh said during Rambold's sentencing that the teenager was "probably as much in control of the situation as the defendant" and that she "appeared older than her chronological age."

The girl's mother, Auleia Hanlon, stormed out of the courtroom yelling, "You people suck!" the Billings-Gazette reported.

After prosecutors appealed, Rambold was re-sentenced in September and is serving 10 years in Montana State Prison. Rambold is appealing the sentence. The victim had killed herself before the case went to trial.

Baugh, who served almost 30 years as a state judge, stepped down last year after being censured by the Montana Supreme Court for his comments and suspended from the bench for 31 days.

He told The Associated Press on Thursday that he didn't know who nominated him for the achievement award. He also repeated his assertion that media reports about the rape case had not told the whole story.

"I'm not trying to say I didn't make any mistakes. If you go into all the mistakes that were made, it would give a better-balanced report," Baugh said.

Fehr said Baugh had been nominated for the award by members of the bar association, but she declined to say who that was or why he was chosen.

Marian Bradley, Northwest regional director for the National Organization for Women, said the award was inappropriate given Baugh's conduct on the bench. Regardless of his prior accomplishments, Bradley said the Rambold case cannot be overlooked.

Despite the embarrassment Baugh brought on the Montana judiciary, at least some colleagues stuck by him. In December, state District Judge Russell Fagg wrote in a column for the Billings Gazette that Baugh handled more than 30,000 cases in his career.

"He has made thousands of good calls, and a few bad calls, as have all of us," Fagg wrote. "Bottom line: Baugh is a wonderful person."