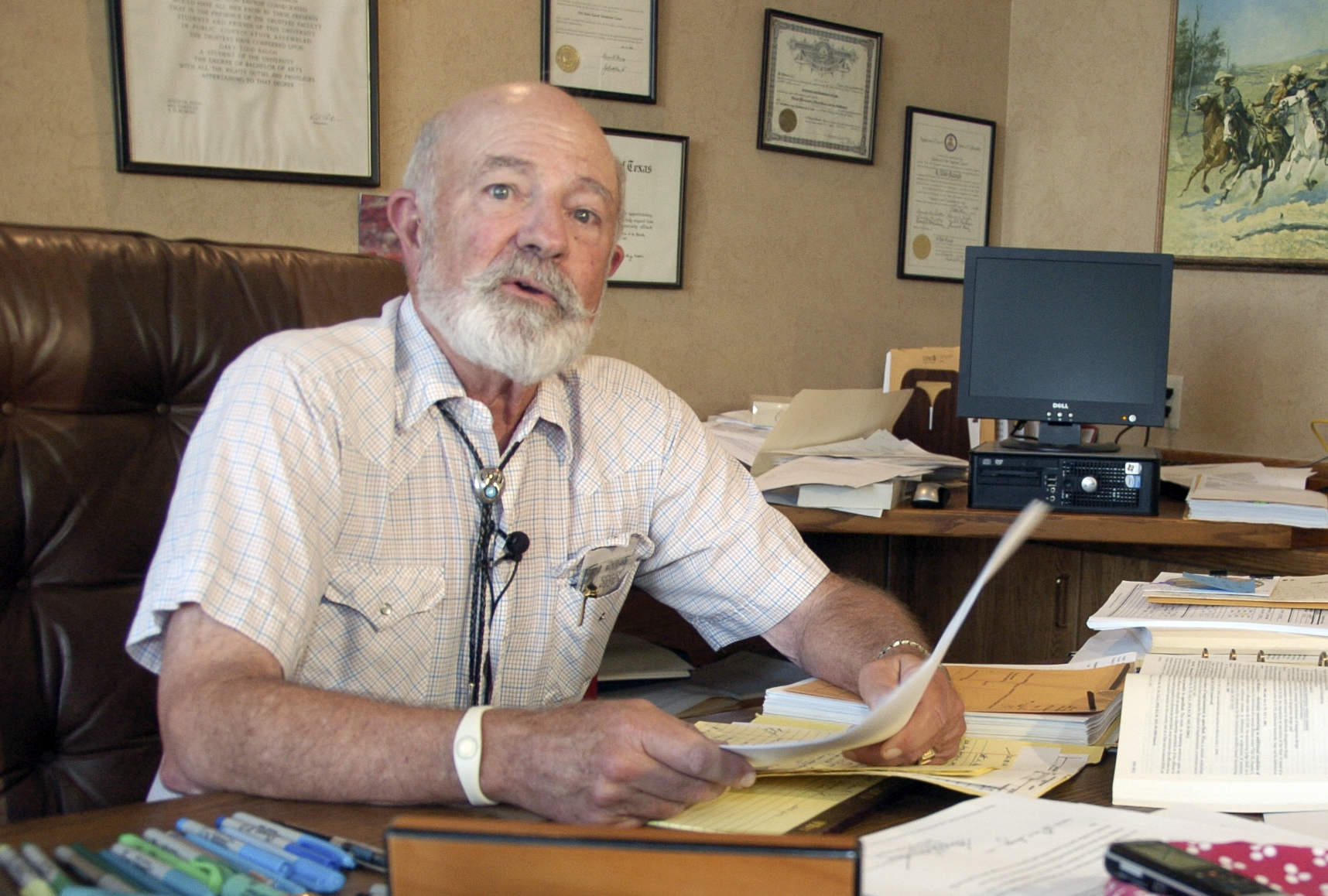 HELENA, Mont. -- The Montana Supreme Court on Tuesday publicly reprimand a judge who gave a lenient sentence to a rapist after suggesting the 14-year-old victim shared some of the responsibility for the crime.

District Judge G. Todd Baugh appeared Tuesday afternoon for censure, which is a public declaration that he is guilty of misconduct. The Supreme Court has also suspended Baugh for 31 days, effective in December.

Chief Justice Mike McGrath told Baugh that his actions and comments eroded the public's confidence in the court system.

Baugh was not asked to speak and declined to answer a reporter's questions.

The judge sent Stacey Dean Rambold to prison for just 30 days last year after he pleaded guilty to sexual intercourse without consent.

Rambold was a 47-year-old business teacher at Billings Senior High School at the time of the 2007 rape. The victim was one of his students. She committed suicide while the case was pending trial.

Baugh said during Rambold's sentencing in August that the teenager was "probably as much in control of the situation as the defendant" and that she "appeared older than her chronological age."

The girl's mother, Auleia Hanlon, stormed out of the courtroom yelling, "You people suck!," the Billings-Gazette reported.

After a public outcry, Baugh apologized for the comments and acknowledged the short prison sentence violated state law. He attempted retroactively to revise it but was blocked when the state filed its appeal.

The Supreme Court ordered Baugh to be censured on the recommendation of the Judicial Standards Commission, and also ordered him to be suspended for 31 days. Chief Justice Mike McGrath wrote in the order that Baugh had eroded confidence in the court system.

The last Montana judge was censured by the Supreme Court was District Judge Jeffrey Langton of Hamilton in 2005. Langton had pleaded guilty to a drunk-driving charge, then was placed on probation for violating the terms of his sentence.

Rambold has been free since last fall after serving the original sentence. After his release, Rambold registered as a sex offender and was to remain on probation through 2028.

Prosecutors appealed Baugh's sentence, and the Supreme Court in April ordered a new sentencing in the case by a different judge. The re-sentencing is to take place on Sept. 26 by District Judge Randal Spaulding of Roundup.

Baugh, who is the son of former Washington Redskins quarterback "Slingin'" Sammy Baugh, plans to retire when his term expires in December after three decades on the bench.