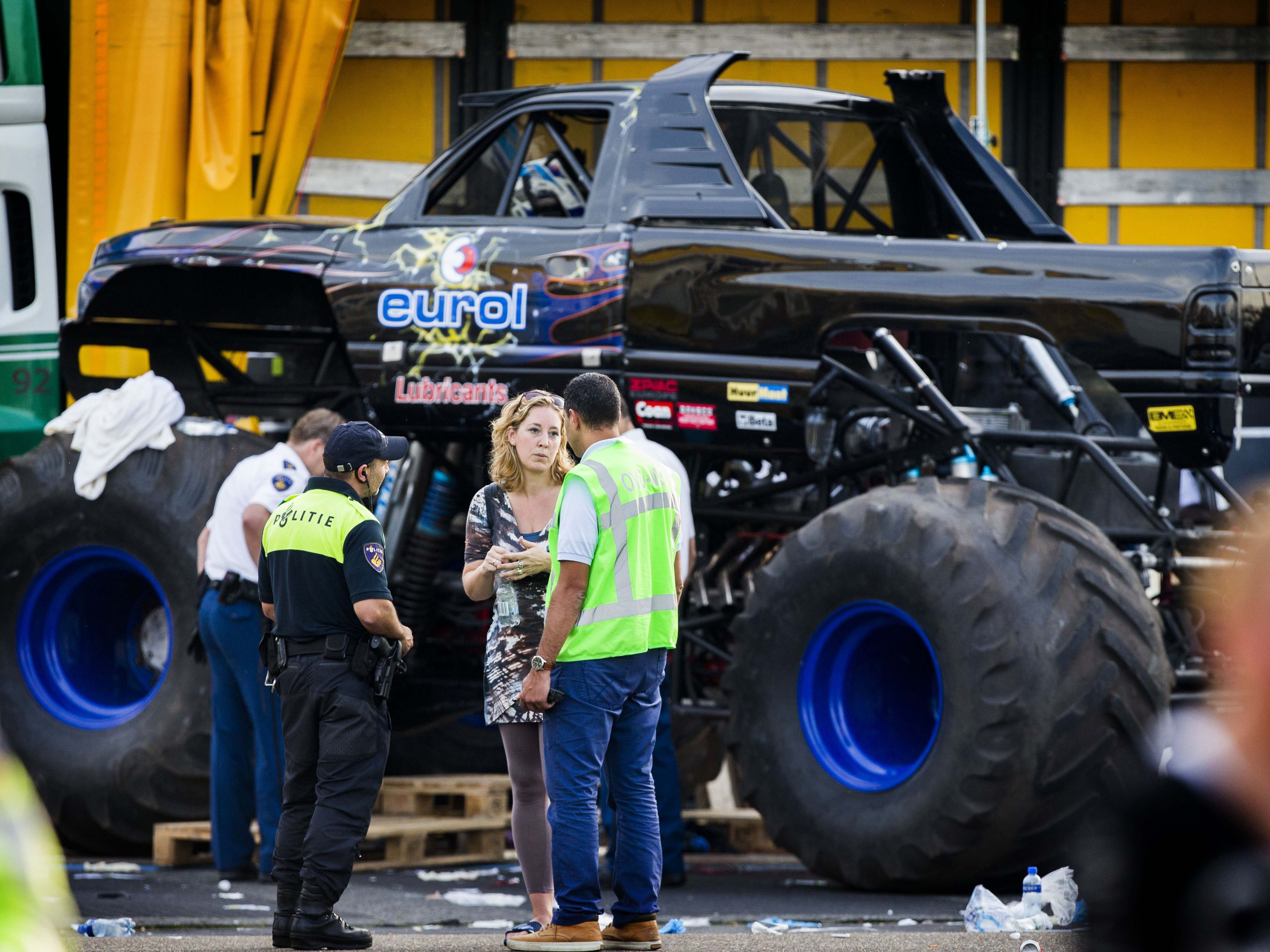 AMSTERDAM - A monster truck outfitted with tractor-sized wheels crashed into a crowd during a show in the Netherlands near the German border on Sunday, reportedly killing three people and injuring at least a dozen.

Video footage of the incident shows the truck veering off course after driving over the top of a row of cars, then knocking down a guardrail and driving into a group of onlookers. (Warning: Video could be disturbing to some viewers.)

The mayor of the eastern city of Haaksbergen, Hans Gerritsen, said at a news conference that one child and two adults were killed in the incident, and 15 others were injured, according to Dutch national broadcaster NOS.

Earlier, Gerritsen had told the broadcaster two children were killed.

Local police couldn't immediately be reached to confirm the number of dead. Ambulances and emergency services were quickly on the scene, including a trauma helicopter from Germany.

One of the show's organizers, Geerlof Kanis, told local broadcaster RTV Oost that the city had granted a permit for the event, which is held annually in the town's center. He said safety fences kept onlookers at a sufficient distance from the show. He speculated that either the truck's gas pedal got stuck or its brakes failed.

In footage of the incident posted to social media, the truck revs its engine after rolling over the row of cars, and then begins to turn. As it becomes clear the truck is on a crash course with the guard rail, around 30 people in the truck's path fall back or jump away. The truck then lurches to a stop, with many onlookers screaming and panicking.

Kanis said the truck's driver is being questioned by police.