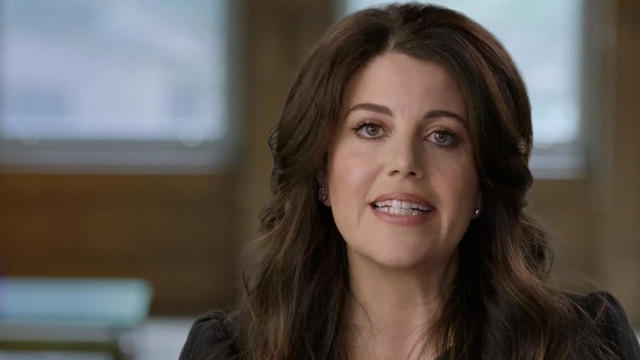 Monica Lewinsky says that over the years she's felt defined by others as a political problem or a late-night punchline. But now, in perhaps her most extensive interview to date, she seems to be taking on a new role – as the author of her own story.

In the documentary series "The Clinton Affair," which premiered last night on A&E, Lewinsky reveals new details about their affair.

She says she still feels ashamed of how she behaved after meeting President Clinton as an intern at the White House in 1995. "I blurted out, 'I have a crush on you,'" she recalled telling the president. "He laughed and smiled, and then asked me if I wanted to go into the back office, and I did."

"He, you know, paid a lot of attention to me," she said. "My underwear had – showing my thong underwear. And I thought well, I'll up the game. It was unnoticeable to everybody else in the room. But he noticed."

Once the affair began, Lewinsky says parts of the relationship moved out of her control.

"If he called me, I couldn't call him back; I was completely at his mercy in that way," she said.

Three years later, the affair made national headlines. President Clinton was impeached, but was acquitted in a Senate trial to remove him from office, and eventually regained his footing on the public stage.

"I just was mortified [about] what this was going to do to my family," she said.

Elura Nanos, an attorney and columnist who's written about Lewinsky for the website Law & Crime, said, "What she's doing now is just taking back her own identity."

While President Clinton has largely avoided discussing the affair, Nanos said the public's perception of Lewinsky is changing in the #MeToo era.

"Monica Lewinsky has recast herself as someone who was done harm by Clinton, by his presidency, by the press, by the public. To some degree, she has flipped that script," said Nanos. "But Bill Clinton is still a very powerful man. And as a result, she still does not have the full ability to rid herself of everything that went into vilifying her for decades."

Something Lewinsky hopes she can change is how we talk about her episode with President Clinton. It's not "the Lewinsky scandal" in her view, but "the Clinton affair."

"Bye-bye, 'Lewinsky scandal,'" she wrote recently in Vanity Fair magazine, "I think 20 years is enough time to carry that mantle."

2021 on track to be deadliest year of U.S. gun violence in 2 decades
View CBS News In
CBS News App Open
Chrome Safari Continue
Be the first to know
Get browser notifications for breaking news, live events, and exclusive reporting.