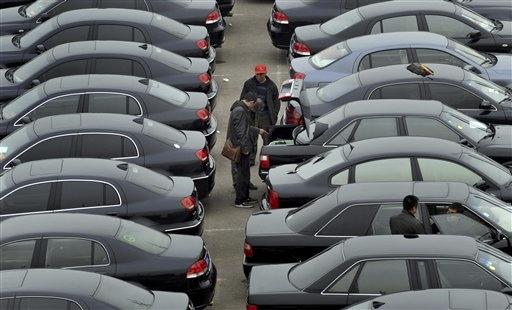 There's a small but growing group of suburban women who are getting together and making their own unique music. So if you've ever dreamed of being in a rock 'n' roll band, becoming a mother may be just the beginning. CBS News Correspondent Tracy Smith reports.

Welcome to the new school of rock: Housewives, mothers, PTA members, women who know it's all about the music, man.

They have names like The Frumps, The Mydols, Mother Lode, and Candy Band. The members say it makes sense: Rock 'n' roll is all about rebellion, and few people are more rebellious than a stay-at-home mom.

Joy Rose decided to follow her dream after surviving a seven-year battle with lupus and a kidney transplant. With two friends and almost no budget, she founded the Housewives on Prozac.

Their music is a mix of original material and covers of songs she says moms want to hear.

"I do think women relate," Rose says, "I think, after a tim,e you can only listen to so much of the same thing over and over again -- teenage love angst -- and we got other stuff going on."

Now the band has five members, though not all are housewives. And they've gone from playing living rooms to real live gigs.

Angela Babin has a 7-year-old daughter. Rose has four children: Daughter Zena is her youngest.

"It's embarrassing," Zena says about seeing her mom on stage. "Sometimes, when she dances, it gets embarassing, especially when my friends are at the gigs."

Most of the time, the ladies practice in Rose's living room. They're considerate of the neighbors, but sometimes, they do like to get loud.

"I started the band with the intention of liberating other moms to their creativity," Rose says, "I don't go to PTA meetings, that's not my particular thing.'

Zena interrupts, "We don't let her."

After a few hours with Joy, Smith began to see why: Recently, the group played a picnic in their hometown and Rose wore pink feather platforms.

Asked about the origin of the song, Rose says, "I was cooking in the kitchen, and I think all four of them walked in at the same time and...

Rose continues, "I whipped around, and I said, 'Eat your damn spaghetti or leave the room!'"

It is truly a classic.

Their combined musical experience is probably like 50 years in the business, so this is not like a group of moms who came together to goof around. They're serious about their music, even if it's funny.

But for the mothers in the band, the music takes a backseat to the more important passion in their lives. For Rose, her kids are her inspiration.

She says, "My source is the children, and my outlet is the music, and they both kind of keep moving forward together. That's the really cool part, I think -- couldn't be one without the other."