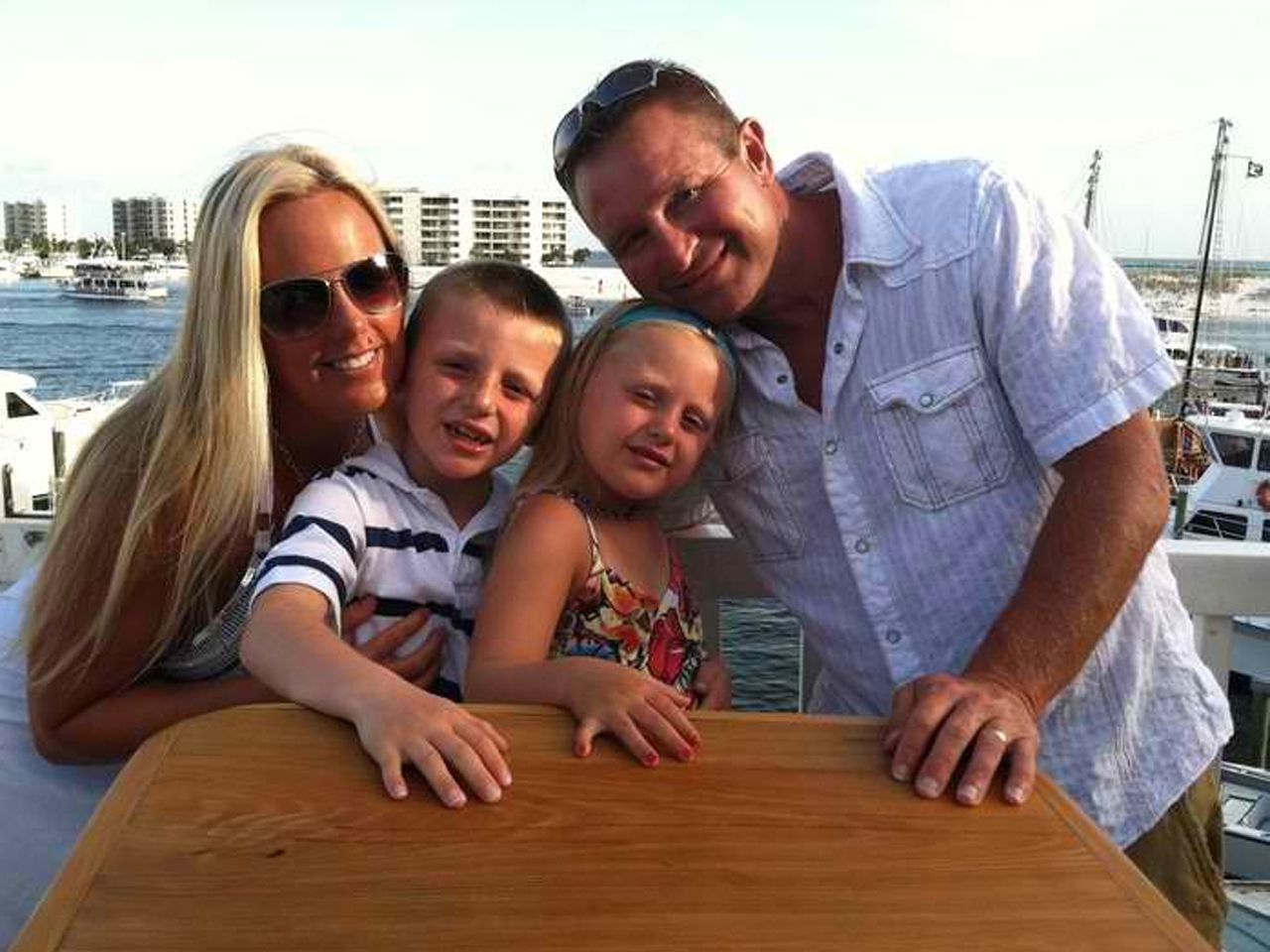 (CBS News) Tornadoes that ripped through the Midwest and South last week have killed 40 people in five states.

Among the stories of loss and survival, Stephanie Decker's story stands out. The Henryville, Ind., mom rushed home with her two children, Dominic, 8, and Reese, 5, just before a tornado hit Friday afternoon.

The house was no match for the storm. But when it was hit, Decker was inside, lying on top of her children.

"I grabbed the kids and I wasn't letting go," Decker told CBS News from her hospital bed in Louisville, Ky. "If they were going to fly, I was going to fly with them. It happened so quickly - the tornado, but the rest of it felt like an eternity."

Decker lost parts of both legs, but remarkably, she and her two children managed to make it out of the ruins alive.

To watch Stephanie Decker share her full story of survival with her husband Joe Decker, check out the video in the player above.

To help the Decker family, use the following information: