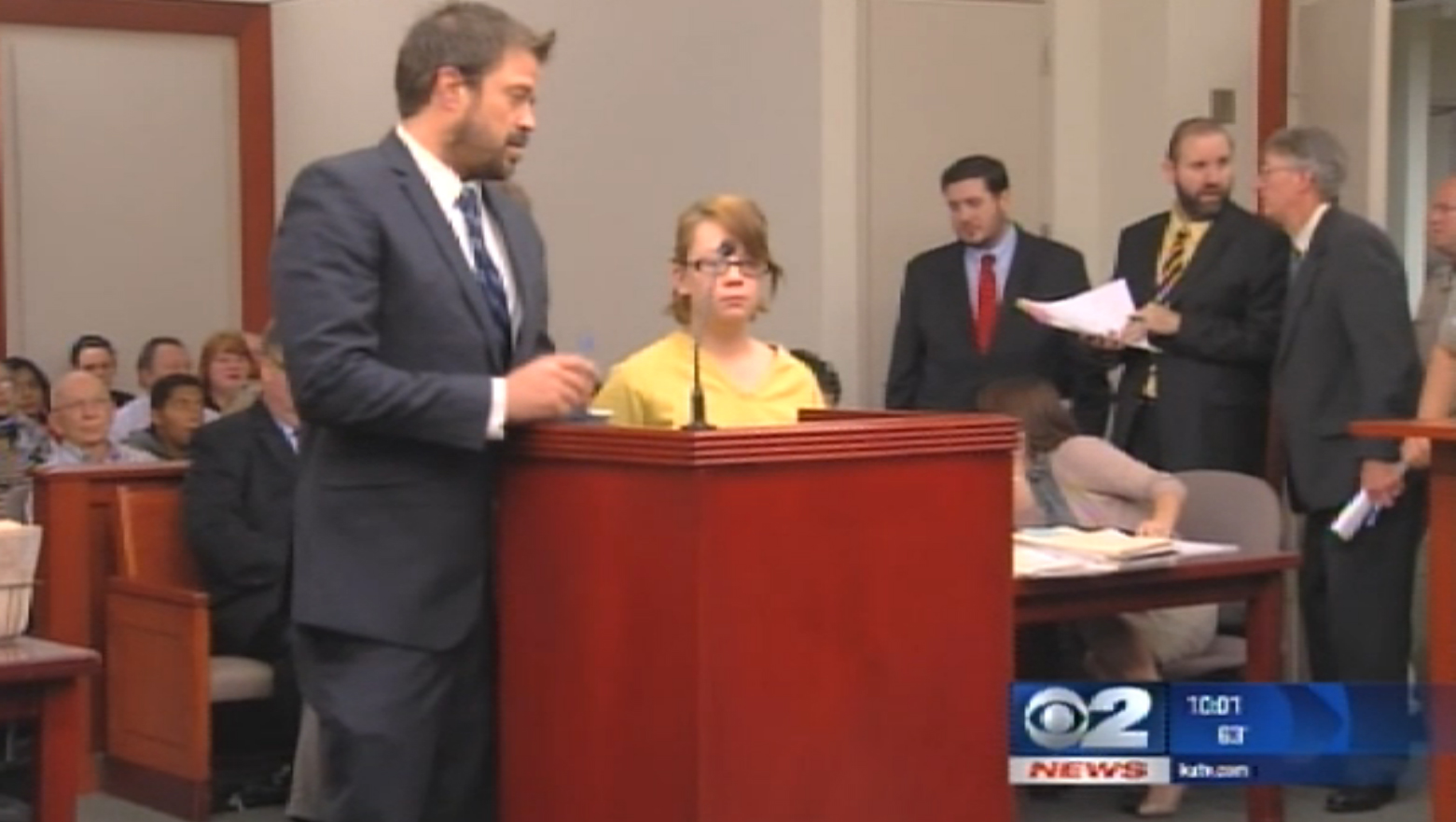 SALT LAKE CITY -- A judge is allowing a goodbye visit for a Utah woman accused of dumping her newborn in a trash can to die.

Alicia Englert will have one supervised 90-minute visit with the now 3-month-old baby, Judge Elizabeth Hruby-Mills decided during a conference in her chambers Monday.

Prosecutor Robert Parrish said he opposed the visit because Englert never had a relationship with the child. The girl is in the process of being adopted by another family after the 23-year-old woman waived her parental rights a few weeks ago.

"I'm pretty sure Alicia said goodbye to the baby when she put the baby in the neighbor's trash can," Parrish said.

Defense attorney Weyher Fulkerson said in a statement the case is complicated and very sad, and the visit is separate from the criminal proceedings.

Parrish said it was granted as an exception to a no-contact order in the case.

Englert's parents said they have decided not to seek custody of the baby girl, and plan to attend the visit scheduled for Monday to say goodbye.

Robert and Tammy Englert said in a statement released through their attorney that the meeting will bring them some closure.

Englert gave birth at her home in the Salt Lake City suburb of Kearns, according to charging documents. She left the baby without food or medical care for at least a day before wrapping her in a towel and abandoning her in the trash Aug. 26, police said.

Prosecutors say the baby would have died if she hadn't been found by a neighbor who thought she heard a purring cat. The girl was inside a trash can under bags of garbage and suffering from hypothermia, respiratory distress and a blood-borne infection.

She was flown to a hospital and recovered after she was placed on a ventilator. Parrish said Tuesday the baby is doing well.

Englert faces an attempted murder charge in the case, and a review is expected to determine whether she's mentally competent to stand trial. She was released on bail in October. If convicted, Englert faces up to life in prison.

Englert's family has said she has a learning disability, didn't know she was pregnant and couldn't understand why what she did was wrong.

Elizabeth Sollis, spokeswoman for the Utah Division of Child and Family Services, said goodbye visits are fairly common for parents whose rights are terminated after their children are taken into state custody.

The visits are supervised by social workers.