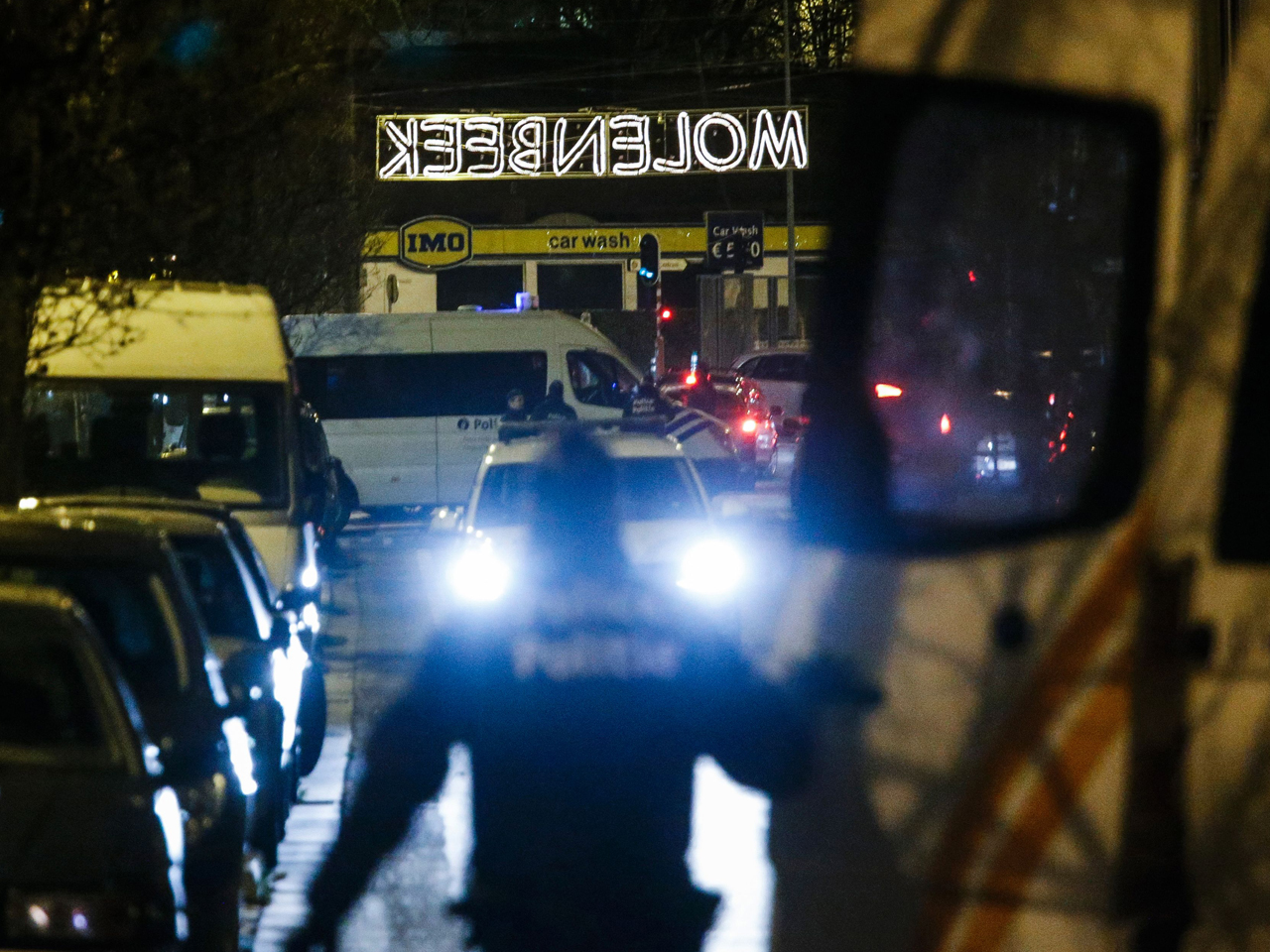 BRUSSELS, Belgium -- There's a picture of Anis Abou Bram before he changed his name. Before he got on a plane for Syria. Before he grew out his beard and told his mother he was never coming home. In it, he's wearing a dark shirt and slacks, standing against a door in their family home. He is clean-shaven, with short, styled hair.

It's a photo every teenager has taken -- or rather, has taken of them.

Someone wanted to document it --- this moment capturing a young person on the cusp of adulthood, this happy memory that they would dig out of a scrapbook years later and smile.

But now, Anis' mother rarely smiles when she speaks of him. It's too painful. It raises too many questions about how he went astray and what she did wrong.

"We were not thinking about radicalization because at this moment, in Belgium, nobody was thinking about Syria, and the young who went to Syria," Geraldine Henneghien told CBS News correspondent Vladmir Duthier in a cafe in Brussels. Anis left for Syria in January 2014. "The recruitment took four months. Only four months."

Geraldine believes her son was recruited outside of a mosque in Molenbeek, their neighborhood in Brussels. The predominately Muslim community has, in recent months, become the ground zero of terror in Europe. Three of the Paris attackers, including ringleader Abdelhamid Abaaoud, grew up here. The mayor can see the family home of two others, Salah and Ibrahim Abdeslam, from her desk.

Belgium provides more foreign fighters to Iraq and Syria, per capita, than any other European nation, and authorities estimate that 130 of these battle-trained extremists have returned home. Schepmans says it's the federal government's responsibility to keep track of terrorists, not hers.

"We try to get information but the fight against terrorists, it's not [on] the local level. It's [on] the federal level."

The mayor's office told us there are about 800 suspected jihadists in Belgium, 450 in Brussels, and 85 in Molenbeek. Brussels has a population of just over 1 million people, but it has six different police departments and 19 districts. The federal government has authority over counter-terrorism, but relies on local departments to provide on-the-ground intelligence and surveillance. It's a jurisdictional nightmare.

"We have four people who deal with everything that has to do with radicalism," said Molenbeek Police Commissioner Johan Berckmans. He took us into a small command center where half a dozen officers keep watch over hundreds of CCTV cameras across town. The biggest problem, he says, isn't jurisdictional. It's manpower.

"I think we work already well together, but I think we need more men - both local and federal - to fight the terrorist threat."

Physically, Molenbeek itself is not remarkably different from the rest of Brussels. The architecture is the same. The streets are relatively clean. The biggest difference is the people. Almost every woman wears a headscarf. Men walk to mosque in long robes and sandals. There are about 100,000 residents and at least 22 mosques, not including prayer rooms and other, private religious centers.

We went to the Al Khalil mosque, the largest and most influential in Molenbeek, to ask Imam Mohammed Tojgani why he thought so many young people in his neighborhood were turning to extremism. He spoke through a translator because he does not speak French or Flemish, only Arabic -- not uncommon for residents of this neighborhood.

"He doesn't know why they do this because it's not logic. There is no logic. There is something missing in this. They are not stable. They are not rational," the translator said. "It gives a bad image, a false image for the people who is living in Belgium, for Muslims and for the religion."

Tojgani blamed outside forces, including violent television and the Internet for the radicalization in his community. Authorities blame each other, a lack of resources and the influx of foreign elements to their streets. Geraldine, blames the men who convinced her son that his future was thousands of miles from his home country, and she also blames herself.

"If I can go back, I will be more present with my son," She said. "Because I think that perhaps if I was more present, then I would detect the signs, and I will try to do something."

In early 2015, Geraldine received a message from someone who told her Anis had died in an airstrike. She never received a photo of his body or any proof of his death.