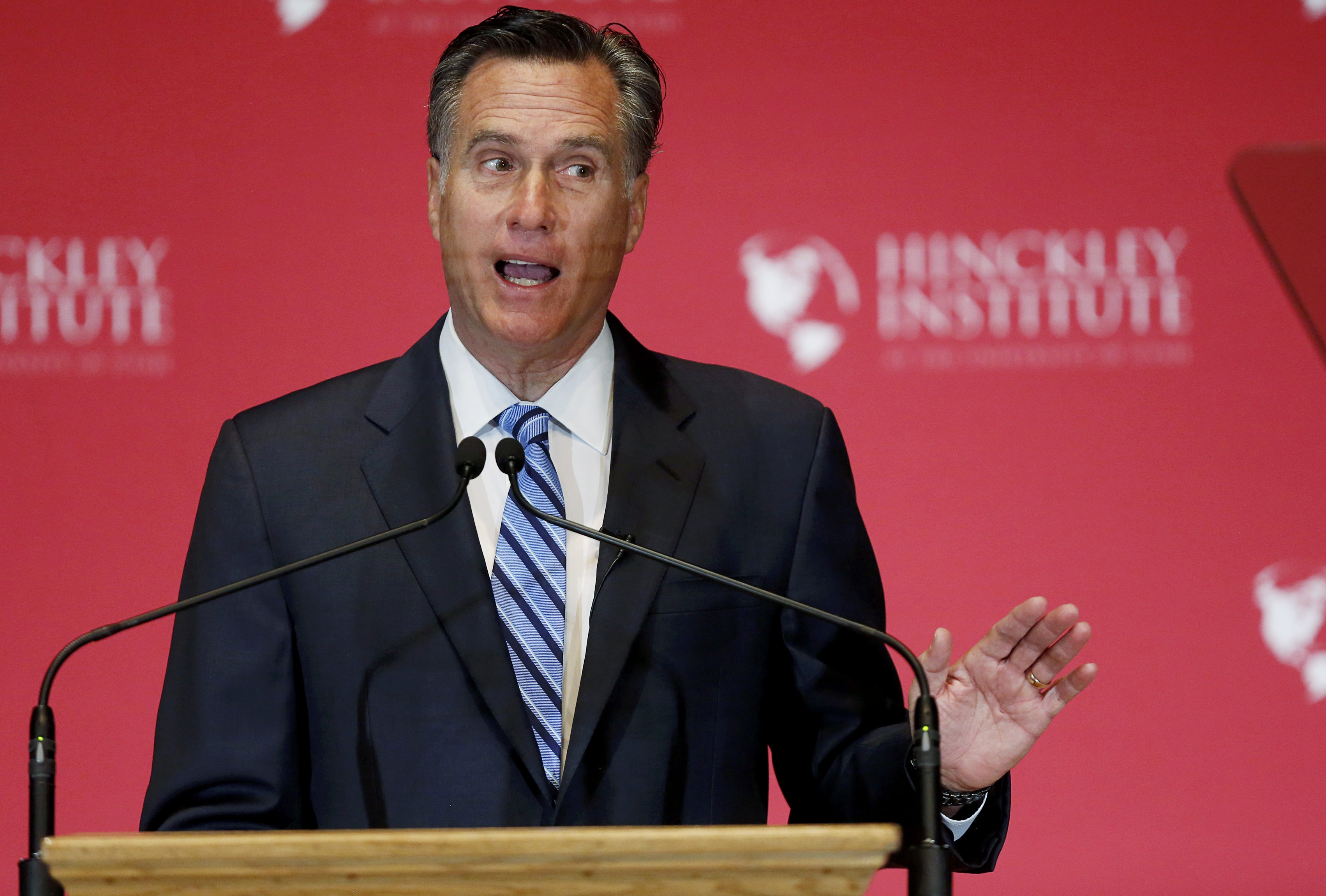 Mitt Romney has recorded robocalls for Marco Rubio in Florida and John Kasich in Michigan, part of his offer to help out the candidates opposing GOP front-runner Donald Trump.

In the 45-second pro-Rubio call obtained by The New York Times, the 2012 GOP presidential nominee called on Florida voters to consider anyone but Trump.

"I believe these are critical times that demand a serious, thoughtful commander-in-chief. If we Republicans were to choose Donald Trump as our nominee, I believe that the prospects for a safe and prosperous future will be greatly diminished and I'm convinced that Donald Trump would lose to Hillary Clinton," said Romney, who added that the ad was paid for by Rubio's campaign.

The Michigan ad for Kasich follows a nearly identical script, and it ends with a disclaimer that it was paid for by Kasich's campaign.

A spokesperson for Romney told CBS news that Romney has offered to help all three non-Trump candidates: Rubio, Kasich and Ted Cruz.

"He's been clear that he believes that Donald Trump is not the best person to represent the Republican Party and will do what he can to support a strong nominee who holds conservative values to win back the White House," the spokesperson said.

The robocalls come at a crucial time for both Rubio and Kasich, who are battling to win key states this week and on March 15 in order to stop Trump's momentum. Rubio has been banking on winning his home state of Florida, for example, one of the first states to distribute delegates based on a winner-take-all system, but Trump has been leading there in several recent polls.

Last week, Romney weighed in on the 2016 presidential race in a speech from the University of Utah. He called Trump "a phony, a fraud."

Romney has recently said a contested convention is becoming more realistic. That would happen if none of the GOP candidates clinches the required number of delegates for the nomination by the Republican National Convention in July.