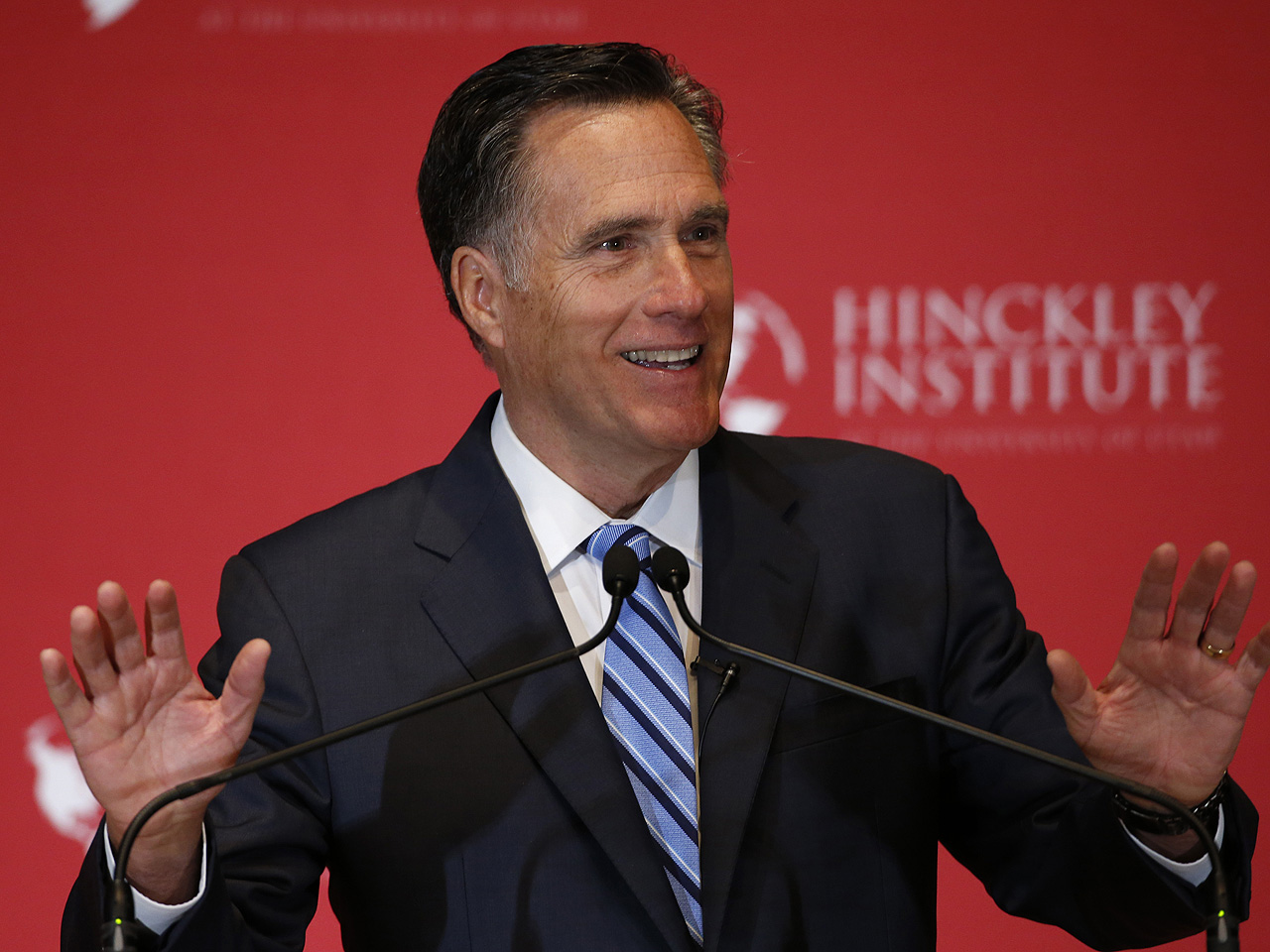 Mitt Romney on Thursday cast frontrunner Donald Trump as unfit to be president and warned that his proposed policies would be detrimental to the country.

"Let me put it plainly, if we Republicans choose Donald Trump as our nominee, the prospects for a safe and prosperous future are greatly diminished," the GOP's 2012 presidential nominee said in a speech at the University of Utah.

"His is not the temperament of a stable, thoughtful leader. His imagination must not be married to real power."

Romney, who ruled out running for president in January 2015, said the other remaining GOP presidential candidates are the only qualified contenders.

"I would vote for Marco Rubio in Florida, for John Kasich in Ohio, and for Ted Cruz or whichever one of the other two contenders has the best chance of beating Mr. Trump in a given state," he said. "One of these men should be our nominee."

Romney warned that Trump's domestic proposals would hurl the U.S. economy into another recession, expand the nation's debt, and hurt small businesses. He also said his foreign policies would make the world less safe.

If Trump wins the nomination, Romney said that would likely lead to Hillary Clinton winning the White House in November. He slammed Clinton's record as secretary of state, saying she "compromised our national secrets, dissembled to the families of the slain, and jettisoned her most profound beliefs to gain presidential power."

"A person so untrustworthy and dishonest as Hillary Clinton must not become president. But a Trump nomination enables her victory."

Romney, who called Trump a "phony, a fraud" also lambasted his personal qualities: "the bullying, the greed, the showing off the misogyny, the absurd third grade theatrics."

This is the first time the former presidential candidate has issued such a blunt assessment of the 2016 race, though he has hinted for a while that Trump was not the right choice for the GOP. Last October, he said Trump might have damaged his chances to win the party's nomination or general election because of his "hurtful" comments about women and Hispanics.

During a Thursday rally in Maine, Trump responded with a scathing criticism of Romney's failed 2012 presidential bid and saying that the former candidate had been "begging for my endorsement."

"I could've said, Mitt, drop to your knees," Trump told his supporters. "He would have dropped to his knees."

Romney later responded that he would never have asked for Trump's endorsement in light of Trump's recent stances:

Romney's speech comes two days after Super Tuesday and after Romney has begun to weigh in on the race on social media, bashing GOP frontrunner Donald Trump on Twitter.

Romney has also called on the billionaire businessman to approve the release of a transcript of an off-the-record conversation he had with The New York Times about his position on immigration. Trump admitted on Monday that "everything is negotiable."

In an interview last week on Fox News, Romney said there's likely a "bombshell" in Trump's taxes. Trump, however, claims he can't release his tax returns because he's currently being audited by the IRS.