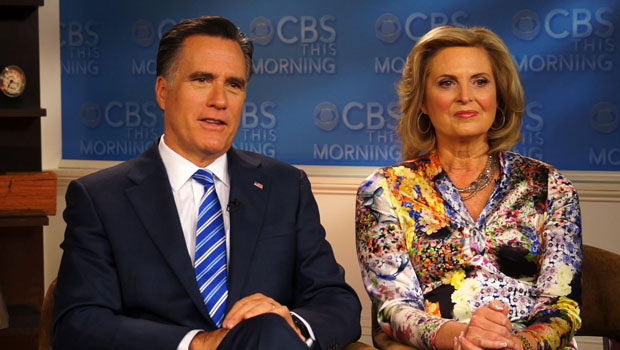 PARK CITY, Utah  - Mitt Romney surprised filmgoers when he came to the Salt Lake City premiere of "MITT," the documentary that tracks his run for the presidency. But he declined to share what he thought about the movie afterward, even with the filmmaker behind it.

"If he hated it, I don't know if he's going to tell me," director Greg Whiteley said. "He's nice and he and (his wife) Ann are gracious. I wonder what they really think."

Whiteley followed the Romney family for six years, from the Massachusetts governor's first attempt for the Republican nomination in 2006 to his run against now-President Barack Obama in 2012. Whiteley said the Sundance Film Festival premiere Friday was the Romneys' first look at the film, which will debut on Netflix on Jan. 24.

Romney and his wife were also expected to attend Saturday night's premiere of the film in Park City, Utah.

Whiteley said he long admired the Romneys because, as a Mormon, he'd heard of George Romney while growing up.

"What Hank Greenberg and Sandy Koufax is to young Jewish kids probably is what George Romney was to me," Whiteley said. "When I heard that Mitt Romney was running for president, I had just finished my second film and occurred to me that might make a great movie."

Through a meeting with Romney's eldest son, Tagg Romney, Whiteley pitched the documentary idea and he "thought it was great."

Romney's campaign, however, not so much. Whiteley had unfettered access to the Romney family, which made campaign officials nervous, but the family went along with it anyway.

Part of any campaign strategy, Whiteley said, is to "present the most polished, most veneered, most presidential image as you can."

"What we forget is we need to connect with these people," Whiteley said. "They're human beings, and that gets lost in all of this."

The portrait of Romney in "MITT" is very human. He's shown playing in the snow with his grandkids, eating pasta from a plastic takeout container and brainstorming with his family about what to say in a concession speech. He discusses the pros and cons of his presidential run with his wife, children and siblings. Intimate footage shows his moments of confidence and doubt and the emotional toll the campaign took on his family.

Romney comes off as warm and likable, but the director said that wasn't the goal of the film.

He describes the film as "very apolitical."

"I really saw my job as to just shut up, film everything I can, and when I'm editing this footage, just try and find a balance between just being as honest and authentic and as entertaining as I possibly can."

Whiteley said he's as thrilled to have "MITT" premiere at Sundance - which he compared to Yankee Stadium or the MET for a documentary filmmaker - as he is to have it reach worldwide audiences on Netflix next week.

"Streaming is the future, and we've been able to do something that I think is unprecedented," he said, "Premiere it worldwide during the festival and capitalize on all this great media that were getting now."