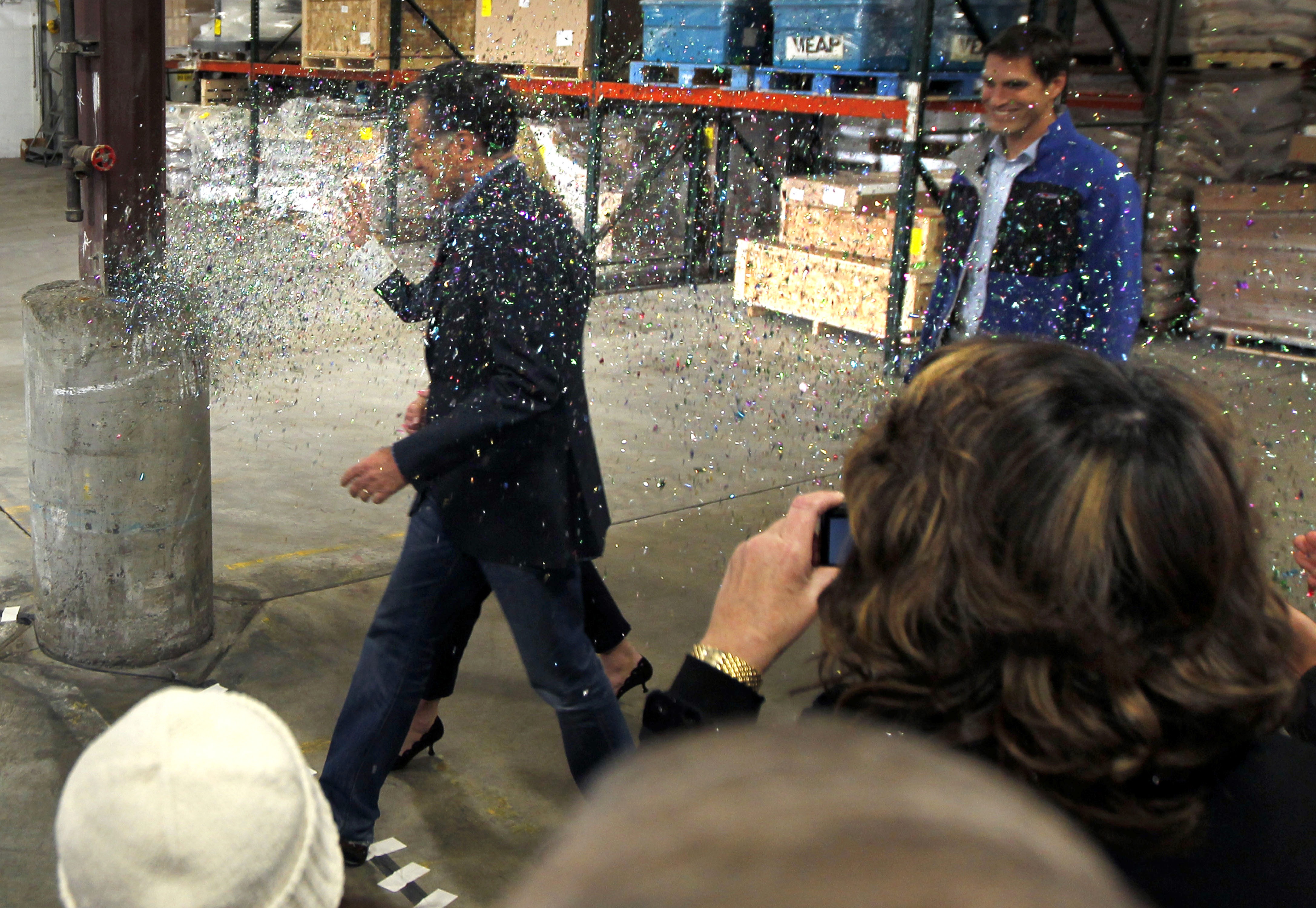 EAGAN, Minn. -- For the first time, Mitt Romney found himself on Wednesday on the receiving end of a shimmery welcome that's plagued some of his competitors - a glitter bomb.

Walking on stage for a rally in Eagan, a protester in the crowd tossed glitter on Romney, who was flanked by his wife Ann and son Josh. Romney smiled, told the man to raise his hand, and treated the action as if it was a result of his Tuesday victory in the Florida primary.

"Hey listen you guys, I'm delighted to be here with you, this is an exciting time, I'm happy for the celebration. This is confetti! We just won Florida!" he said.

He then said, "Oh I've got glitter in my hair. That's not all that's in my hair, I'll tell you that. I glue it on every morning, whether I need to or not."

According to a local reporter with WCCO, the protestor has glittered presidential candidates Michele Bachmann and Newt Gingrich. Erickson's motivations seem to lie with immigration - his father was reportedly deported to Colombia.

In addition to Bachmann and Gingrich, Rick Santorum has been the repeated target of glitter bombs by other protestors.

Securty forces removed the man from the crowd, where about 300 came to see Romney, who was joined by former Sen. Norm Coleman and former Gov. Tim Pawlenty.