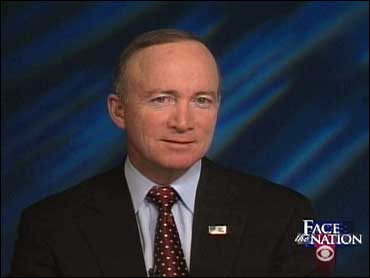 The midterm elections have yet to take place. President Obama isn't even halfway through his term. And yet, for all intents and purposes, the 2012 presidential election isn't all that far away.

Consider the 2008 election cycle: Hillary Clinton, Barack Obama and John McCain all announced they were jumping into the race in early 2007 - and they did much of the hard work to lay the groundwork for their runs way back in 2006.

With that in mind, many Republicans have been casting about for the best candidate to take on a Democratic president they see as potentially vulnerable. Two politicians - Mitt Romney and Tim Pawlenty - have made it clear that they are likely to run, while another, Sarah Palin, has kept herself squarely in the public eye and left the door open to a White House bid.

But all three candidates have run into problems: Romney has tied himself in knots trying to explain why the health care bill he signed into law in Massachusetts is demonstrably different from the "Obamacare" bill so despised by Republicans. Palin has polarized the country and been dogged by questions about whether she is qualified to be president. And Pawlenty has failed to catch fire with a GOP base that seems to see him as an acceptable but not terribly exciting option.

Enter Indiana Gov. Mitch Daniels, who worked as director of the Office of Management and Budget under President George W. Bush. Daniels has been buzzed about by political insiders all year as a strong candidate against Mr. Obama, in part because his charm lies in his very lack of it: As the Weekly Standard writes, "He is at once so visible and so self-effacing that he seems to have sunk into a black hole of personal magnetism and come out the other side, where the very lack of charisma becomes charismatic. He is the un-Obama. Republicans--notably some wealthy and powerful ones who have decided he should be president--seem to like that."

That line comes from a flattering cover story on Daniels that seems designed to generate buzz for a possible candidacy; it casts the popular governor as an unflinching fiscal conservative willing and able to take on government waste. (To bolster that case, the Standard also turns to "family lore," telling a story of how one of the wealthy former businessman's daughters allegedly once said in class "our family has money, but my daddy won't let mommy spend any of it.")

Yet it's worth considering that Daniels may be a better candidate in a general election than he is in a primary. With his relative lack of star power, Daniels does not much resemble the politicians that have excited the GOP base this year. And his willingness to raise taxes when he thinks it's necessary (and willingness to admit that fact) likely won't help him with the Tea Party crowd.

Daniels denies that he is planning to run, but it's one of those sort-of-denials that beltway types don't take at face value. The Standard sums up his response to the question of whether he'll challenge Mr. Obama this way: "He has no intention to run, but he's leaving the door open, but right now he's focusing on the commitment he made to the people of his state, but if no one else steps forward it's something he might be forced to consider, but he doesn't expect that to happen, but..."

In what almost appears to be an orchestrated rollout, the story comes just before Daniels hosts a Washington reception for his "Aiming Higher PAC" at which tickets range from $500 to $5,000.

Writes Politico's Mike Allen: "The 61-year-old is having his D.C. debut as a potential national candidate on June 15, with a pricey reception and dinner on the roof of the Willard Building, within sight of 1600 Pennsylvania...The invitation urges top Republicans to 'Help Governor Mitch Daniels Aim Higher for Indiana's Future.' (Wink, wink.)"