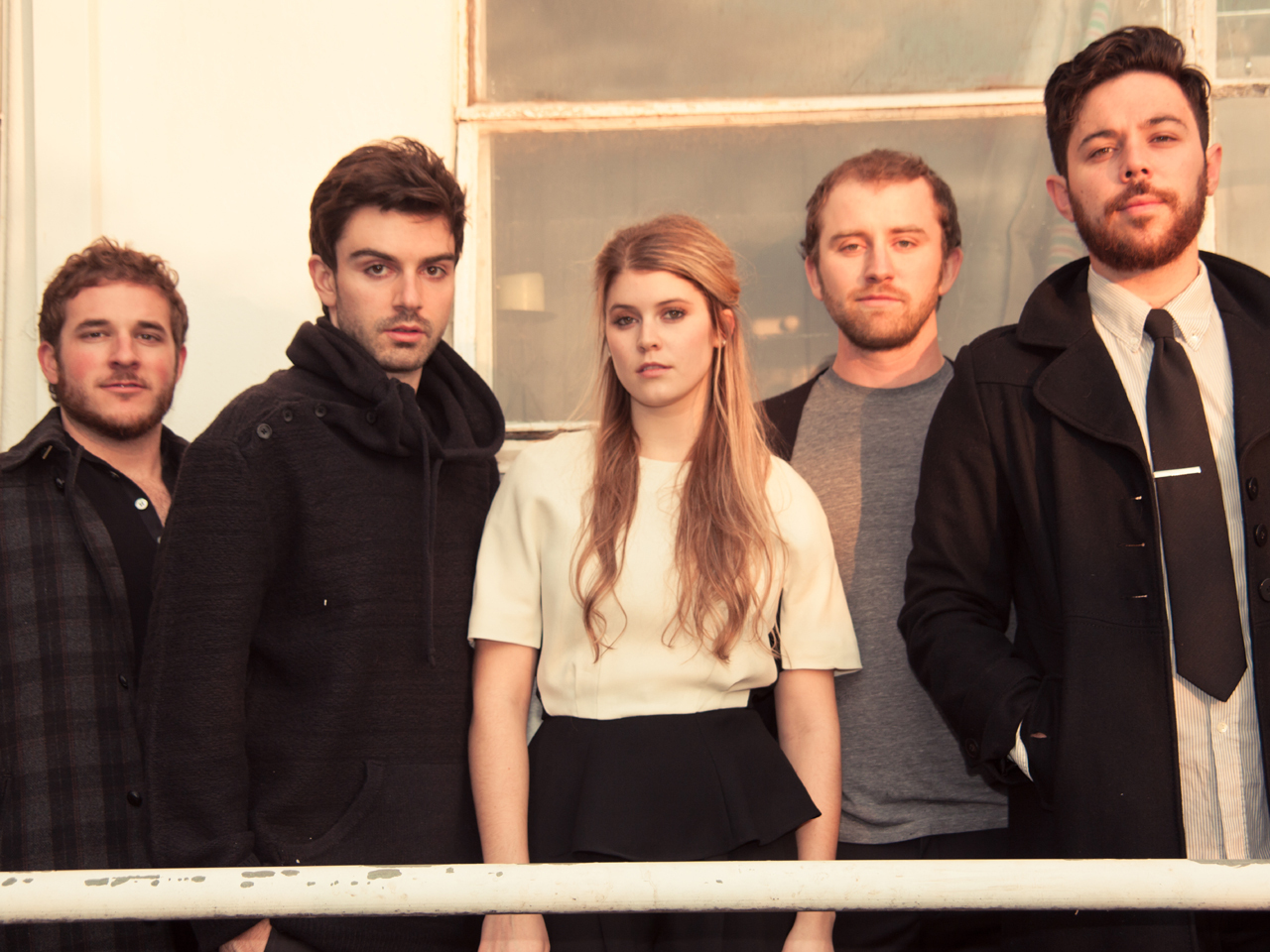 A reviewer once described Milo Greene as "American dream-pop." It's a pretty accurate description for the Los Angeles-based, five-piece outfit, which formed in 2009 and released its self-titled debut album in July on Chop Shop Records.

"It would have been egocentric to make it up ourselves, but we thought, 'Oh that's kind of cool. Let's run with that,'" singer/multi-instrumentalist Graham Fink told CBSNews.com about the sound description prior to a recent show at Housing Works Bookstore Cafe in New York.

But Milo Greene, which consists of former college classmates Robbie Arnett, Andrew Heringer and Marlana Sheetz, along with Fink and Curtis Marrero, actually had its own music genre label in mind.

"Originally when we started this band we wanted to create music that we could potentially see being placed in movies and TV," said singer/multi-instrumentalist Sheetz. "We really love scoring and that's how we wanted the music to sound. Very cinematic -- which is kind of why we like to call it cinematic-pop."

The twenty-something members of Milo Greene had a couple of other goals in mind, too, before recording their debut.

"I think we wanted the songs to be pretty simplistic going in to it," said Sheetz.

"We knew since we were all singers that harmony was going to be a really important part of this band and I think worked first and foremost to get really strong melodies down for our songs," added Fink.

Those harmonies come through in such album stand-outs as "1957" and "Autumn Tree."

But once they were done laying down some of the tracks at a converted turn-of-the-century barn outside Seattle, the film motif returned in the form of a visual companion piece for the album called "Moddison."

"We figured why not make our own movie and soundtrack it ourselves," said Sheetz. "We made a film. It's about 40 minutes long. There's no talking. It's strictly just visual. We did it up in Shaver Lake, Calif., which is a very beautiful woodsy, mountain town where we did a lot of the recordings for the album. It seems like it kind of fit the vibe of the music we were trying to make. It's kind of what we saw. It's our vision of what the music is kind of. I think it's really beautiful."

Since the album's release, Milo Greene has been busy on the road, playing shows all over the U.S. and making appearances on such late-night series as "The Tonight Show With Jay Leno." But the band says it's far from glamorous.

"We live in a van," said Fink. "We just go from gas station to gas station."

When asked what it's like to be on tour with all guys, Sheetz said, "It's fun. I enjoy being on the road with them. They're my family. It's pretty easy with a bunch of guys. I think I definitely prefer it than being in a van with a bunch of ladies. It gets a little smelly sometimes, but for the most part everyone has really good hygiene. And we have our rules just so we can all tolerate each other."

Looking ahead to 2013, Milo Greene already has concerts lined up in the U.K. and will likely circle back for additional North American dates.

"We just gotta keep putting one foot in front of the other to stay sane," said Fink. "We're just going to try to enjoy it and hopefully things will keep going on the up-slope."