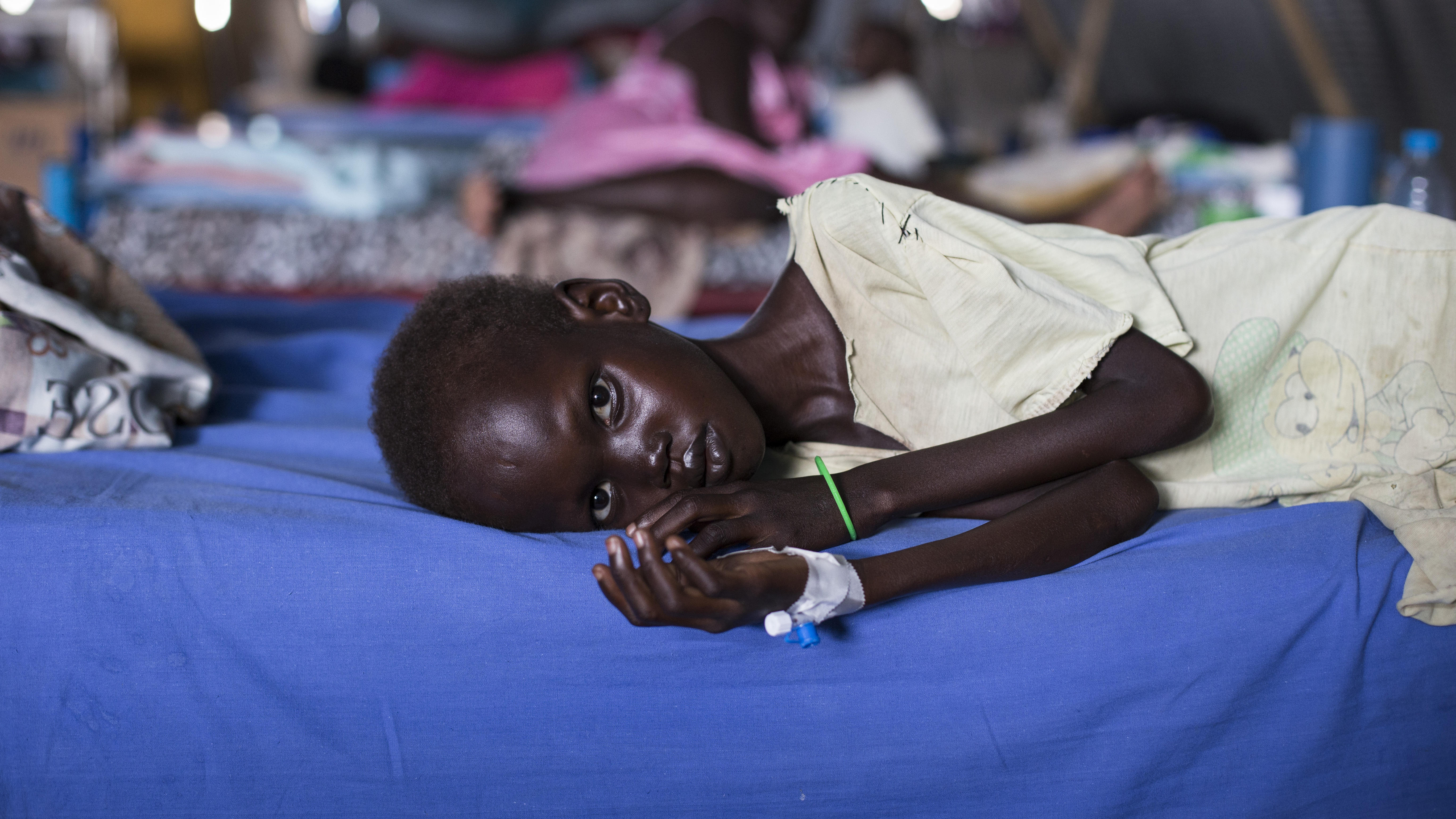 In a war-torn world where death often comes from the skies, life too, can drop from above. Victims of the civil war in South Sudan are staying alive with precious food dropped from airplanes thanks to the UN’s World Food Programme (WFP).  Scott Pelley reports on the famine in the world’s newest country and the war against it on the next edition of 60 Minutes.

110-lb bags of food plummet from 700 feet out of cargo planes flying over areas where the hungry gather. The food is bagged carefully so it does not burst when it hits the ground. Cans of cooking oil are more fragile and require parachutes and special containers to land intact.  60 Minutes cameras capture the airdrops and also go along for the descent in one case, with a small camera attached to a cooking oil package as it floats down on its mission.On the ground, the World Food Programme is already there to assure the starving get fed. WFP takes precautions in the landing zones by providing “rapid response teams” who organize the distribution by registering families before the food touches down.

“We have to have everybody show up so we know that the food isn’t being misdirected or misused,” says Brian Langdon. He leads a WFP team that hands out ration cards to the people who need the food the most. Langdon’s colleague, Owen Davies, tells Pelley, “It might be distributed to their friends...diverted to another community entirely. They might start charging for it. The goal is to reduce that by putting it in the hands of every individual household.”

Much of the food distributed in their airdrops come from WFP’s warehouses in South Sudan’s capitol city.  Last July, it was raided by militia in an outbreak of violence.

WFP’s work is aided by the International Medical Corps who deploys doctors all over the country to bring the sick and malnourished back from the brink of death.  In a displacement camp, Pelley meets Dr. Meroni Abraham and the children whose lives he’s trying to save.  Meroni told us “Unless we intervene on time, which we are doing right now, the child can be short, stunted, and they may not be able to perform in their daily life.”