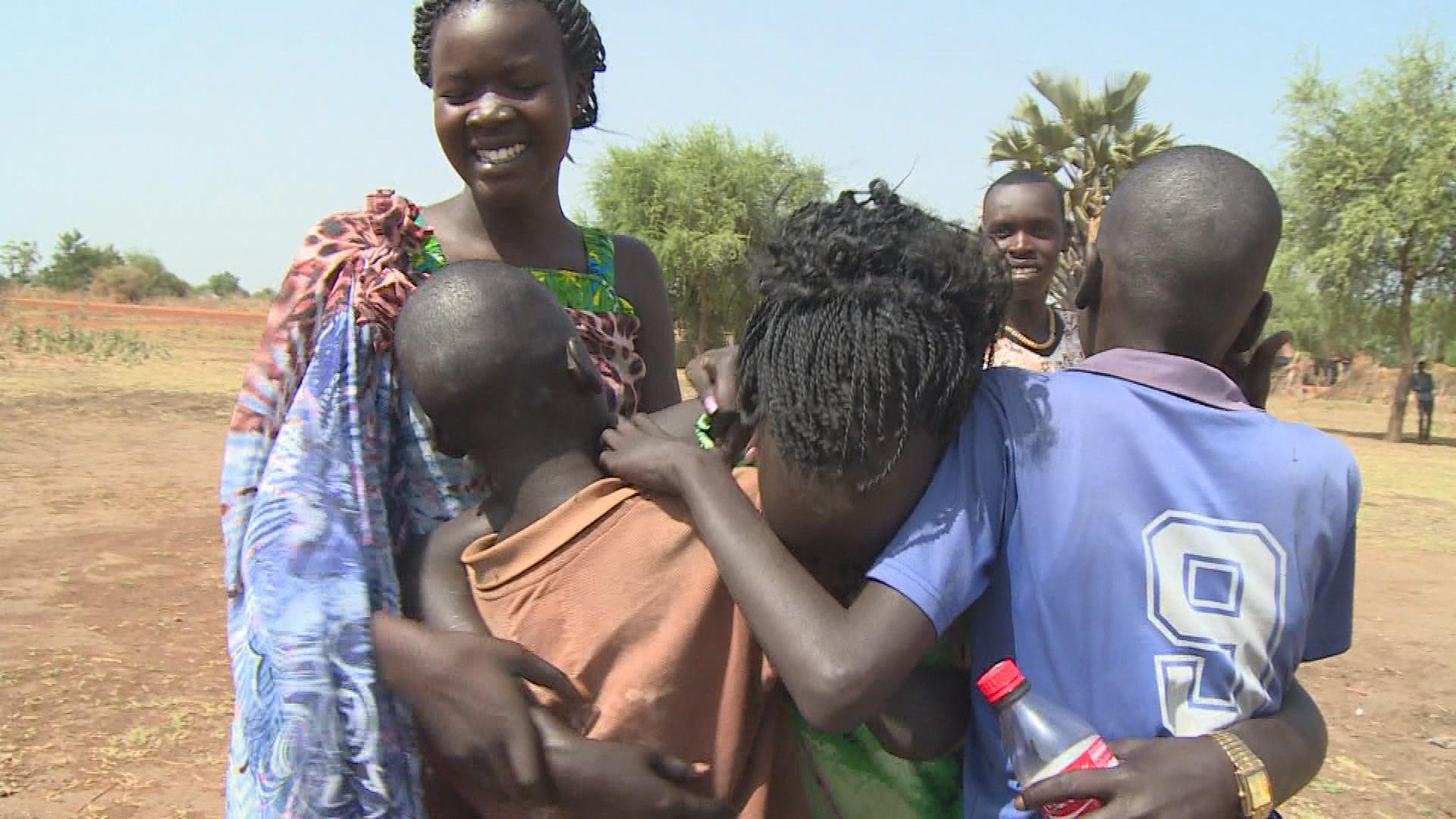 The mother of three young boys had traveled miles away from her home to attend a wedding when South Sudan was plunged into civil war, CBS News correspondent Debora Patta reports. A neighbor was looking after her children in the capital, Juba, as they were forced to flee the violence.

When the fighting broke out, the boys sought protection at a United Nations camp.  Up north, their mother, Nyawan Gat Chai, also fled, crossing the border into Ethiopia. Cellular networks were shut down, so communication was impossible.

And then at least three years passed.

Rech, Mat and Goy grew a lot taller. They had no idea if their mother was still alive. They lived on the kindness of their elderly neighbour, Nyayik Panyang.

“I love them as if they were my own,” Panyang says.

But the International Committee of the Red Cross (ICRC) traced their mother, Chai, to Maiwut, a county more than 300 miles away, Patta reports. The family was finally to be reunited.

“She will carry my younger brother, ” 12-year-old Mat says, imagining seeing his mother again. “And then she will hug us all.”

“And if my mum has some money, I will ask her to send it to our caretaker to thank her for looking after us,” 15-year-old Rech quickly adds, with the responsibility of a child who has grown up too quickly.

And finally, the first time they had seen their mother in years.

“We have to learn about each other again,” Chai says, after embracing her children. “It’s been bad, but now I can be with them always.”

12-year-old Mat broke down in tears of joy. In that moment, the boys could forget the horrors they had witnessed, Patta reports. They could be children again.