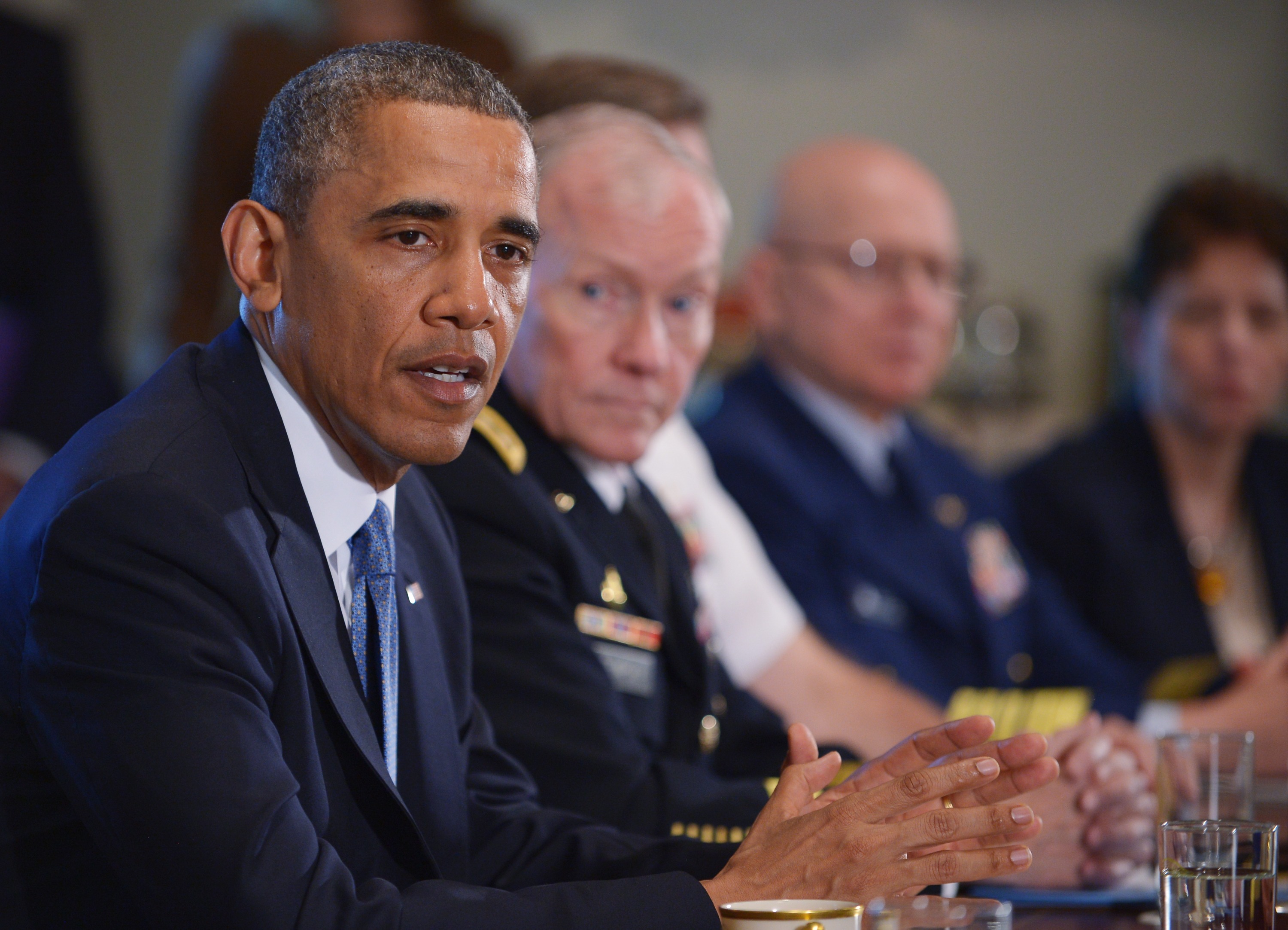 Military officials see this study as good news. They believe the increase in reported sexual assaults means that more service members trust the military justice system enough to step forward. One in four victims of sexual assault reported the crime in 2014, compared to one in ten two years ago, according to the report.

The study was delivered to the President on Tuesday. What happens now may depend on whether Mr. Obama finds that the military has made enough progress in curbing sexual assault and reforming the military justice system. Last December, he gave the Pentagon until the first of this month to issue a report on its progress and said that if he was not satisfied, the administration would "consider additional reforms that may be required to eliminate this crime from our military ranks."

Many members of Congress would be happy to see the president consider additional reforms. Chief among them is Sen. Kirsten Gillibrand, D-New York, who has led the charge for over a year to take sexual assault prosecutions out of the hands of military commanders and the chain of command and leave the responsibility with trained military lawyers.

So far, she has fallen short. Last spring Gillibrand was just five votes shy of the necessary 60 for passage.

The Senate ultimately passed a more modest set of reforms authored by Sen. Claire McCaskill, D-Mo., who argued for keeping prosecution of military sexual assaults within the chain of command. Her legislation contained additional less controversial reforms, like eliminating the "good soldier" defense for those accused of assault, and allowing victims a formal say in whether their case would be tried in civilian or military court. These were added to other reforms she championed that were part of the 2014 defense authorization that passed last December. The measure stripped the ability of commanders to overturn a sexual assault conviction and required a civilian review if a commander declined to prosecute a case.

Now, Gillibrand is trying again. She has no shortage of opportunities to bring up her legislation in the coming weeks with an upcoming vote on the 2015 defense authorization bill, confirmation hearings for a new defense secretary, and she even has several allies in the new Republican Congress who might support her military sexual assault provisions.

When she held a press conference announcing a renewed push for her legislation earlier this week, Gillibrand was joined by five Republican and three Democratic senators. Eleven Republicans voted in favor of the bill in March. And even though more than half a dozen of Gillibrand's supporters retired or lost in the 2014 midterm elections, she will gain a few new backers in the 114th session of Congress, including incoming Sens.-elect Joni Ernst of Iowa and Cory Gardner of Colorado, both Republicans. Another key ally is Senate Minority Leader Mitch McConnell, R-Kentucky, who will soon become the Senate Majority Leader.

"With the new folks that are coming in, with the turnover in leadership...it's an opportunity to engage those newer members," Greg Jacob, the policy director for the Service Women's Action Network, told CBS News.

But those who want to see further reforms, like Jacob, say that the president's support is what could attract the additional votes needed to pass Gillibrand's legislation. Although many top military leaders vigorously oppose Gillibrand, they have changed course in the past when the president or secretary of defense came out against a long-entrenched policy.

In 2010 it was the 17-year-old "Don't Ask, Don't Tell" (DADT) policy that banned gay soldiers from serving openly in the military. When former President Bill Clinton tried to repeal the policy, he couldn't overcome the objections of his Chairman of the Joint Chiefs of Staff, Colin Powell. Mr. Obama made a campaign pledge to repeal the policy but also secured the support Adm. Mike Mullen, his former chairman of the Joint Chiefs of Staff.

"If you look at the DADT review....the joint chiefs lined up behind one another and said no," Jacob said. "Then the White House got involved and it started moving forward."

He also noted that once the law was repealed, the Pentagon worked quickly and efficiently to implement it.

"The military can make these types of reforms happen once a decision has been made and we're moving forward," he said. "Clearly the president as Commander-in-Chief is the one who can provide that leadership."

It also took the support of Defense Secretary Chuck Hagel to help pave the way for one of the reforms to the Uniform Code of Military Justice that has already passed, a repeal of the rule that allowed military commanders to overturn major convictions.

Gillibrand has met with the president on the issue before and during a Tuesday press conference alluded to the amount of influence she believes he still has.

"It is very possible that the president could fix this himself," she said, even though Mr. Obama cannot change the Uniform Code of Military Justice.

The White House has been noncommittal so far, with spokesman Joshua Earnest saying Wednesday that the administration is still reviewing the report and there are no next steps planned yet.

"This continues to be a priority of the president's, and not just because of the human and moral elements that are involved. But the president also believes that the proper response to this situation, the proper policy, will make our military stronger and more effective," Earnest said.

The report itself, meanwhile, may not settle the debate about whether the current reforms go far enough. In an op-ed in the Huffington Post published Tuesday, McCaskill said three elements would indicate the reforms are working: an increase in sexual assault reporting, a decrease in incidents of assault, and what the troops have to say about the military justice system.

But Gillibrand's office has raised questions about the survey, pointing to the fact that it was conducted by RAND Corporation this year instead of the Defense Manpower Data Center, which usually conducts military sexual assault assessments. The new questions and methodology will prevent the kind of meaningful side-by-side comparison with past reports that might reveal any progress, her office argued.

They also argue that two of the service chiefs posted letters asking service members to fill out the survey with language that suggested they should downplay reporting of sexual assault to avoid congressional interference.

"Without your participation, Department of Defense (DoD) and Congress may draw the wrong conclusions about the dangers to which service members are exposed, which could lead to bad policies that affect all of us," Adm. Paul Zukunft, Commandant of the U.S. Coast Guard, wrote, according to Gillibrand's office.