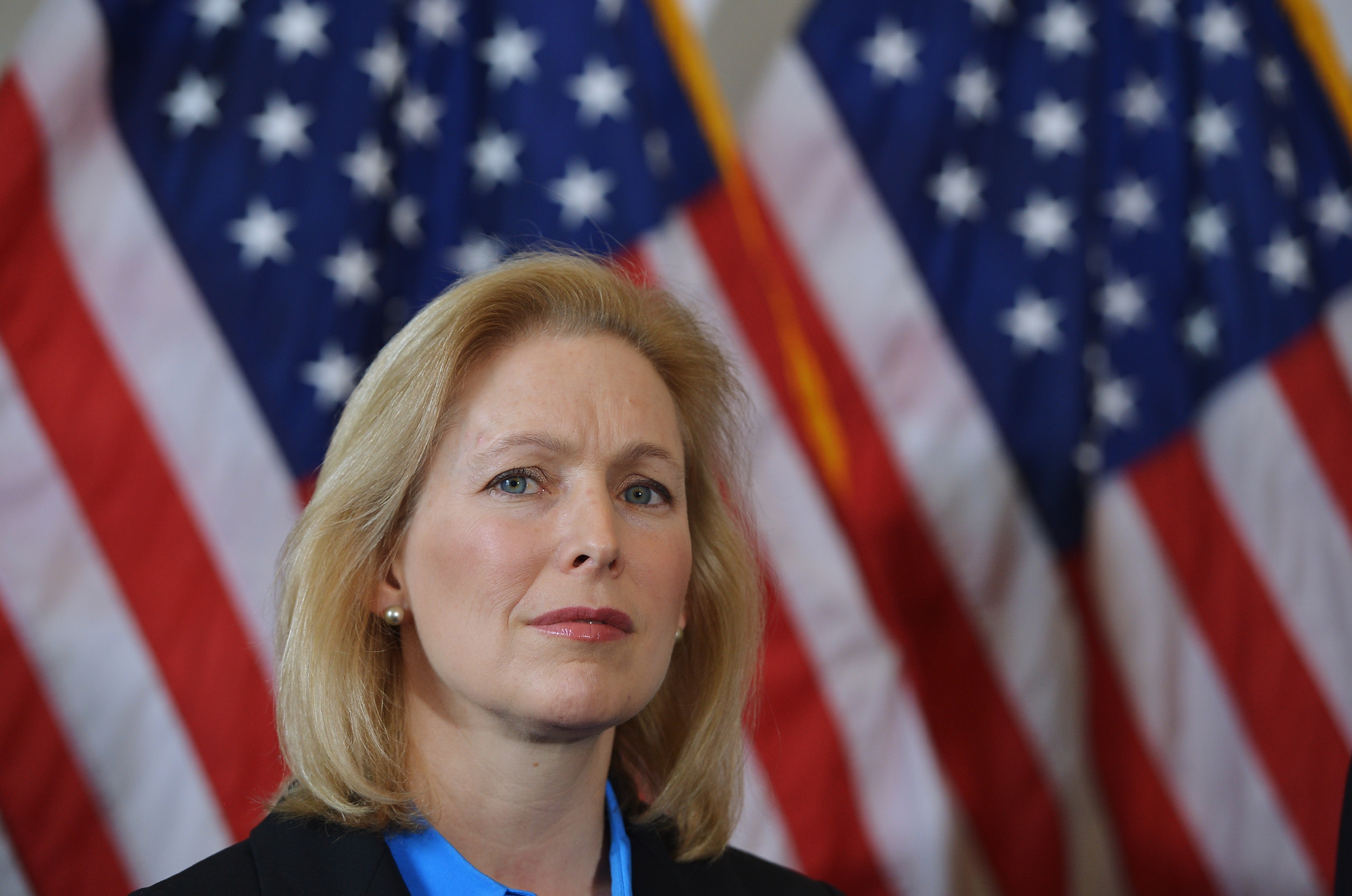 A bill from Sen. Kirsten Gillibrand, D-N.Y., to take sexual assault prosecutions out of the hands of military commanders and the chain of command failed to clear a necessary procedural vote Thursday by a vote of 55 to 45.

Gillibrand has been advocating for months that having prosecutorial decisions made by would be better trained military lawyers would help stem the epidemic of sexual assaults that have plagued the military. Although Gillibrand had a robust bipartisan group of more than a majority of her fellow senators, the measure was deeply opposed by both the Pentagon and the leadership of the House Armed Services Committee and fell short of the necessary 60 votes.

Although, going into the vote, Gillibrand only had the public support of 54 other senators, she had expressed confidence that her bill would pass with the help of some lawmakers who hadn't publicly come out in favor of it yet.

"I think we're going to pass this bill. I think we have the votes we need. We already have a majority of the Senate behind it," she told CBS News' Bob Schieffer last week. "We have more support than even declared and I think we will get the 60 votes necessary to overcome the filibuster and even 60 votes for the measure."

"'None of us will walk away. We will not stop our efforts. We will continue to work harder than ever in the coming year to strengthen our military," Gillibrand pledged.

Though she praised the reforms that have been put in place, she said they have not gone far enough.

"We know that the deck is stacked against victims of sexual assault in the military today, and today, sadly, we saw the same in the halls of Congress," she said.

"The victims and the survivors of sexual assault have been walking this congress for more than a year asking that we do something to protect them, to give them a hope for justice," she said on the Senate floor before Thursday's vote. "And it's not whether anyone in this chamber trusts the chain of command. The people who do not trust the chain of command are the victims."

In addition to the many military leaders who opposed her reforms, Gillibrand was up against Sen. Claire McCaskill, D-Mo., who argued to make reforms to the system but keep decisions to prosecute inside the chain of command. A number of her proposals were implemented in the 2014 defense authorization that passed in December, including stripping the ability of commanders to overturn a sexual assault conviction and requiring a civilian review if a commander declines to prosecute a case.

She offered a bill Thursday that contained additional less-controversial reforms, including elimination of the "good soldier" defense for those accused of assault, and allowing victims a formal say in whether their case is tried in civilian or military court. Her measure cleared a procedural vote unanimously, with a final vote on passage expected on Monday.

"This is not a bumper sticker. It is not as simple as it sounds," McCaskill said during the debate on the Senate floor. "I would never oppose anything that I thought was going to help victims or put more perpetrators in prison."

In a press conference after the vote, McCaskill said that she and Gillibrand had worked together on reforms, but had "one honestly-held policy difference." She said her extensive research on the issue led her to believe that Gillibrand's proposal would have resulted in fewer prosecutions, no increase in reporting of sexual assault, and done nothing to protect victims from retaliation.

"If you don't have the commanders as part of the solution they are part of the problem and I think we can hold them accountable, we can ferret out the bad ones," she said. "At the end of the day the good commanders can make all the difference in the world as to whether or not you change a culture in the military."

Sen. Lindsey Graham, R-S.C., the top Republican on the Senate Armed Services Committee personnel subcommittee, which Gillibrand chairs, said taking commanders out of the equation was "the worst thing that could happen in a unit."

"When you have one member of a unit assaulting the other, it affects everybody in that unit," he said. "If you don't give that commander the tools and hold them accountable, that unit will fall apart right in front of her eyes because some lawyer somewhere is no substitute for the commander who is there every day."