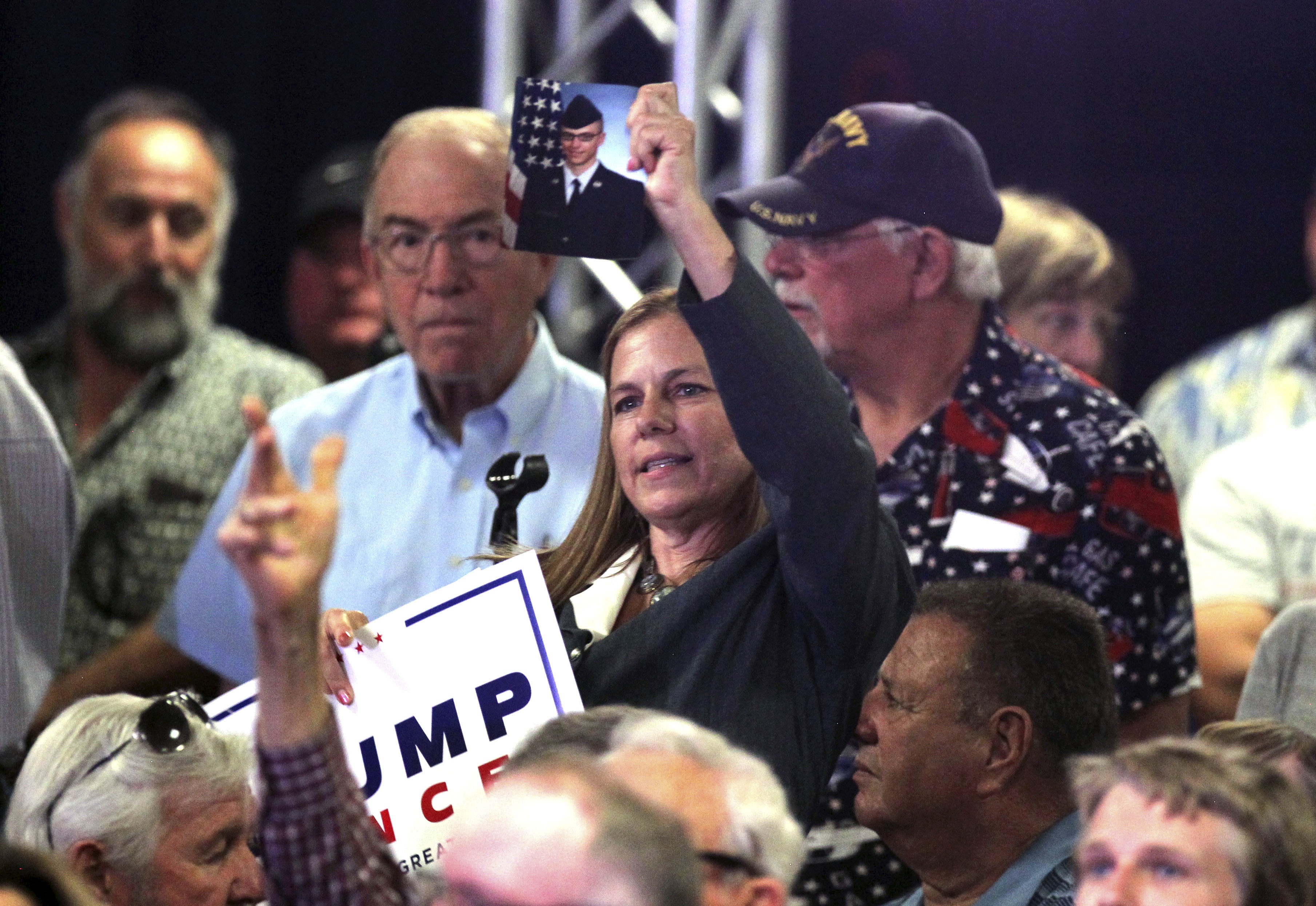 After delivering a standard stump speech, Pence took audience questions at a room inside a Carson City, Nevada, casino.

The second question came from 52-year-old Catherine Byrne, whose son serves in the U.S. Air Force. Byrne asked Pence about Trump's treatment of Muslim parents Khizr and Ghazala Khan, whose son, a decorated Army veteran, was killed in Iraq in 2004.

"Will there ever be a point in time when you're able to look Trump in the eye and tell him enough is enough?" she asked Pence, prompting boos from the crowd.

"I know this has been much in the news as of late in the last few days," Pence said, acknowledging the controversy over Trump's reaction to the Khan family. "But as I said last night ... Captain Khan is an American hero and we honor him and honor his family."

Byrne, a CPA who lives in Carson City, welcomed part of Pence's response. "I did like his words about Captain Khan and his family," she told CBS News' Alan He in a telephone interview. But she felt he didn't fully answer the part of her question about Trump's disrespectfulness. Byrne's son is 27 years old and is stationed in the UAE.

Pence added that he has never spent time around someone who is "more devoted" to military and to veterans than Trump.

Earlier in the evening in Columbus, Ohio, Trump did not mention his spat with the Khans that began on Thursday at the Democratic National Convention when they said the billionaire had sacrificed nothing and no one.

At a rally in Reno a few hours later, Pence brought up Capt. Khan and his family unprompted. He spoke movingly about Khan and said that as a father of a marine, he understands and appreciates the attention that's been paid to Khan's family.

Pence then acknowledged the presence of a Gold Star family at the rally and then went on to say that what he didn't understand was why the media was ignoring the mother of Sean Smith (one of the four Americans killed in Benghazi) when she spoke at the Republican convention two weeks ago.

CBS News' Alan He contributed to this story