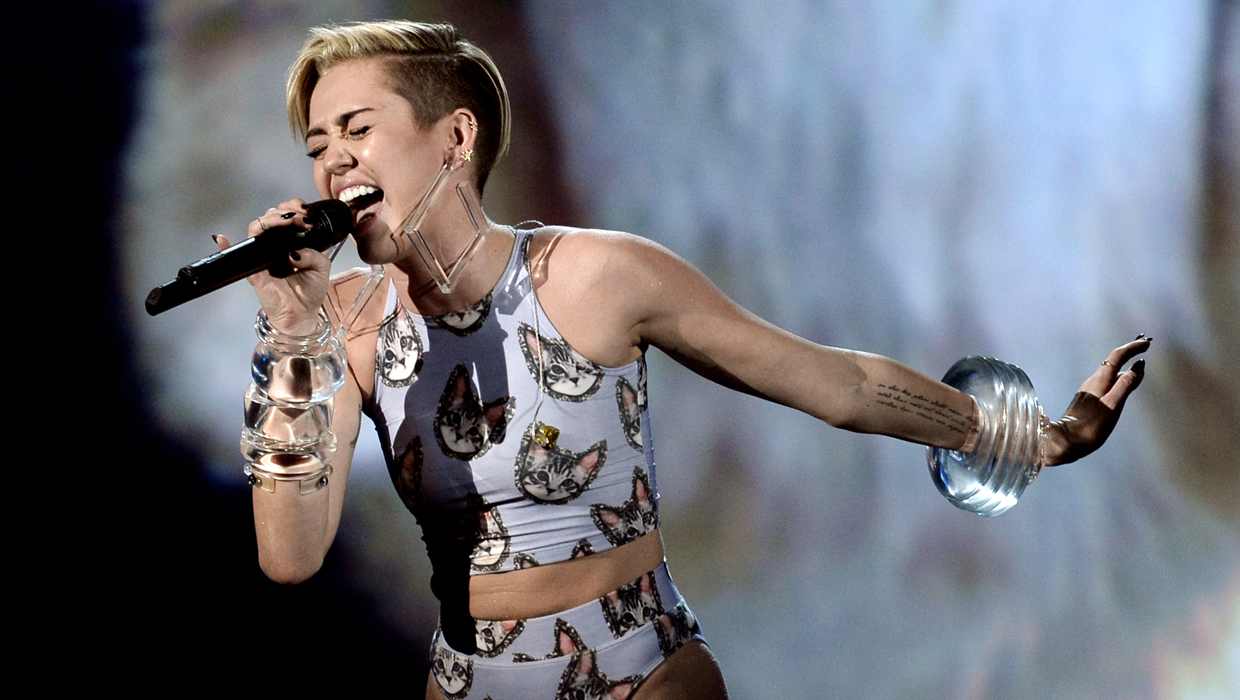 She got everybody talking after her MTV Video Music Awards performance this summer. She also licked a sledgehammer, swung naked on a wrecking ball, got in a war of words with Sinead O'Connor, split from her "Hunger Games" star fiance and inspired many a Halloween costume. Oh, and she released a new album, too.

The network made the announcement Tuesday, saying the decision was made by its music and news teams. This is only the third year MTV has given out the honor -- previous recipients were Katy Perry in 2011 and One Direction in 2012.

Cyrus' MTV artist page was the most-visited one this year, the channel said, and her "We Can't Stop/Blurred Lines" performance with Robin Thicke from the VMAs was its most watched video of 2013.

She's not the only one earning acclaim from MTV -- it also released a list of the top 10 artists of the year. Criteria for being considered included album and single sales, touring, airplay, social media, Internet and overall impact.

Here's who made the cut: