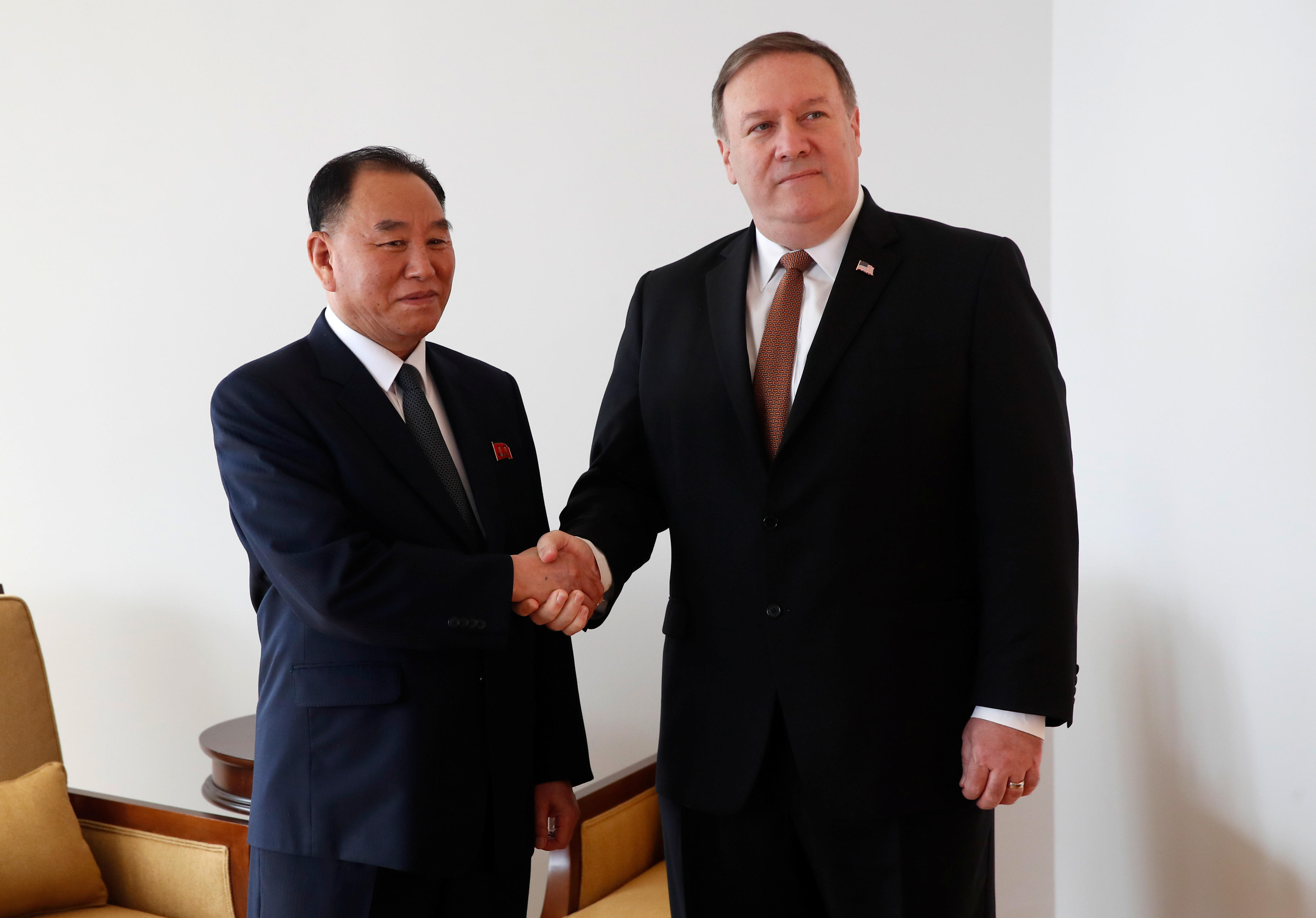 Secretary of State Mike Pompeo met with North Korean Vice Chairman of the Central Committee Kim Yong Chol to discuss the prospect of reviving next month's summit. The leaders and their respective delegations met at a residence of the U.S. deputy permanent representative to the United Nations Thursday morning where they shook hands and sat at a table with their teams. Neither Kim or Pompeo answered shouted questions from reporters at the meeting.

The two arrived in New York on Wednesday in an attempt to salvage the highly-anticipated talks between President Trump and Kim Jong Un. CBS News' Kylie Atwood reports that this was the third meeting between Kim and Pompeo but their first meeting on U.S. soil.

The two enjoyed dinner Wednesday night and are expected to have a a day full of meetings on Thursday, according to the White House. The secretary tweeted photos of the evening, calling it a "good working dinner" where they enjoyed steak, corn and cheese. Department of State Press Secretary Heather Nauert told reporters before Thursday's meeting that Pompeo had said that the meetings "were great last night but there is still a lot of work to be done." Nauert also told reporters that Pompeo spoke with President Trump last night and Bolton this morning to brief them on the dinner.

Pompeo previously told CBS' "Face the Nation" that North Korea could enjoy the benefits of American "know-how" and agricultural products should they fulfill their promises of complete and total denuclearization.

The secretary will brief reporters later Thursday afternoon on the progress of discussions with the top North Korean official.