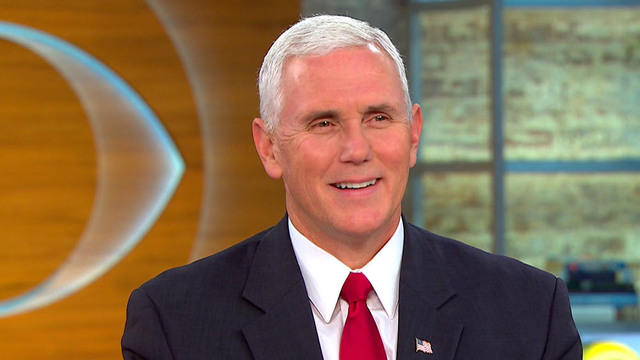 In an interview with “CBS This Morning,” the Indiana governor was asked if the GOP presidential nominee confirmed that possibility during the debate at Hofstra University.

Pence began to change the topic and said that Trump talked “about the issues the American people care about” but then he was asked why Trump would want voters to think he doesn’t pay taxes.

He said that Trump has filed 100 pages of financial disclosure information already; however, those documents don’t show his tax rate and other information.

“Speculating that maybe he didn’t pay as much in taxes...I think he’s joked in the past about...like any good businessman, he works to pay as little taxes as he can,” Pence said.

“Maybe he doesn’t want the American people, all of you watching tonight, to know that he’s paid nothing in federal taxes, because the only years that anybody’s ever seen were a couple of years when he had to turn them over to state authorities when he was trying to get a casino license, and they showed he didn’t pay any federal income tax,” Clinton said.

“That makes me smart,” Trump responded.