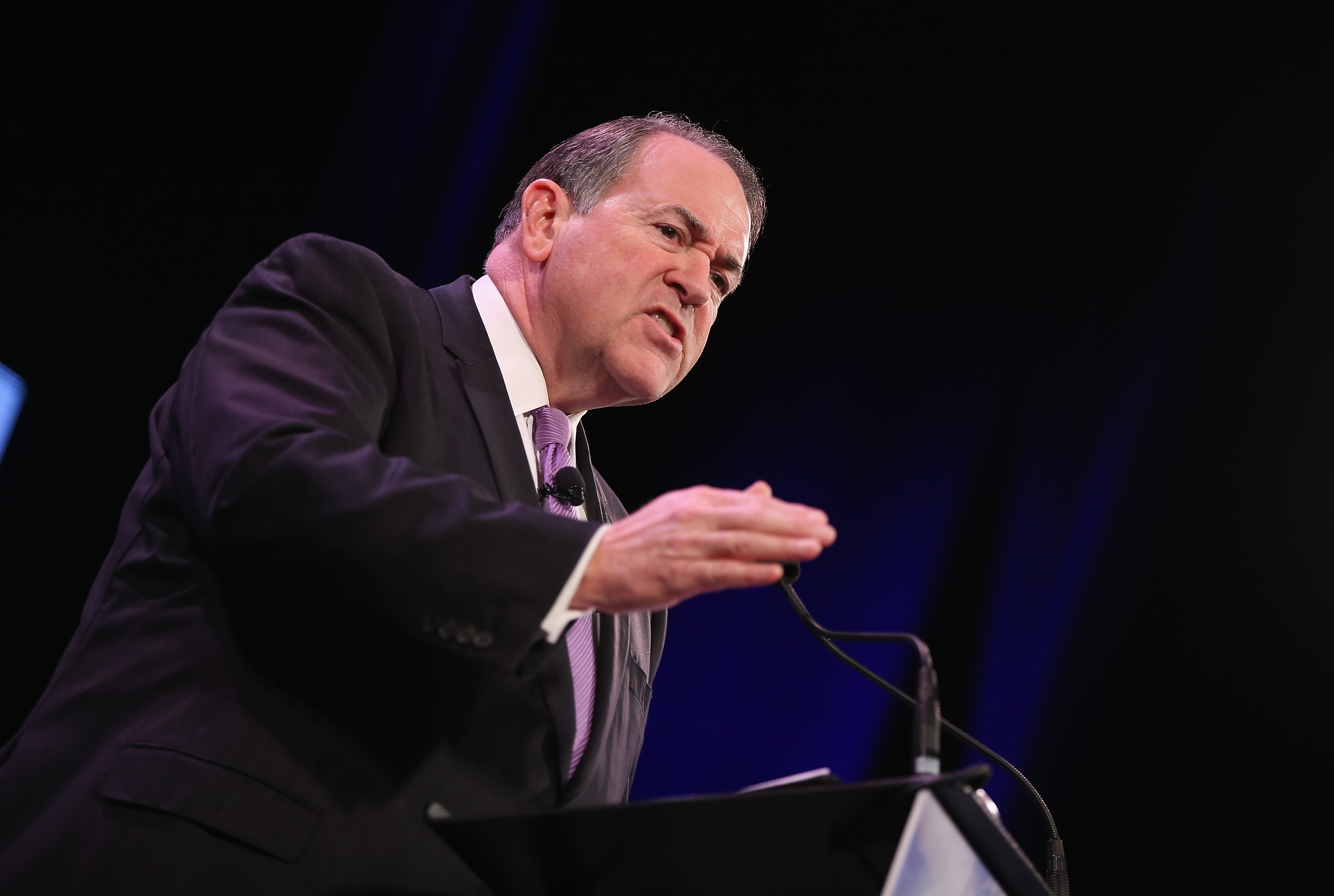 Former Arkansas Gov. Mike Huckabee said Sunday he'll never back down from his opposition to same-sex marriage, but that doesn't mean he wants to cut gay people out of his life entirely.

"People can be my friends who have lifestyles that are not necessarily," Huckabee told CNN. "I don't drink alcohol, but gosh, a lot of my friends, maybe most of them, do. You know, I don't use profanity, but, believe me, I have got a lot of friends who do."

He continued, "Some people really like classical music and ballet and opera. It's not my cup of tea. I would like to think that there's room in America for people who have different points of views without screaming, shouting, and wanting to shut their businesses down."

Huckabee, a Republican who's considering a presidential bid in 2016, suggested the problem with the current conversation surrounding same-sex marriage is the level of vitriol directed at those who oppose it.

"What worries me in this new environment we're in, it's not just that someone might disagree," he explained. "They don't want to argue with me, even take a different point of view. They want to close someone's business down, put them really in an economic position of disenfranchisement. I find that very, very disturbing."

The former governor suggested there's "room in the [GOP] tent" for gay marriage supporters, but he added, "I hope the party doesn't change its overall view."

"Unless, you know, I get a new version of the scriptures, it's really not my place to say, OK, I'm just going to evolve," he explained. "It's like asking somebody who's Jewish to start serving bacon-wrapped shrimp in their deli. We don't want to do that. I mean, we're not going to do that. Or asking a Muslim to serve up something that is offensive to him or to have dogs in his backyard."

Huckabee ran for president in 2008, and though he did not win the nomination, he built a reputation during the primaries as the favorite candidate of religious conservatives, particularly in Iowa, where he won the GOP caucus that year.

As he mulls another run at the White House, there's early evidence to suggest Huckabee could be a force to be reckoned with: A Bloomberg/Des Moines Register poll released Saturday showed Huckabee at 10 percent in Iowa, narrowly trailing Wisconsin Gov. Scott Walker, who was at 15 percent, and Kentucky Sen. Rand Paul, who was at 14 percent.