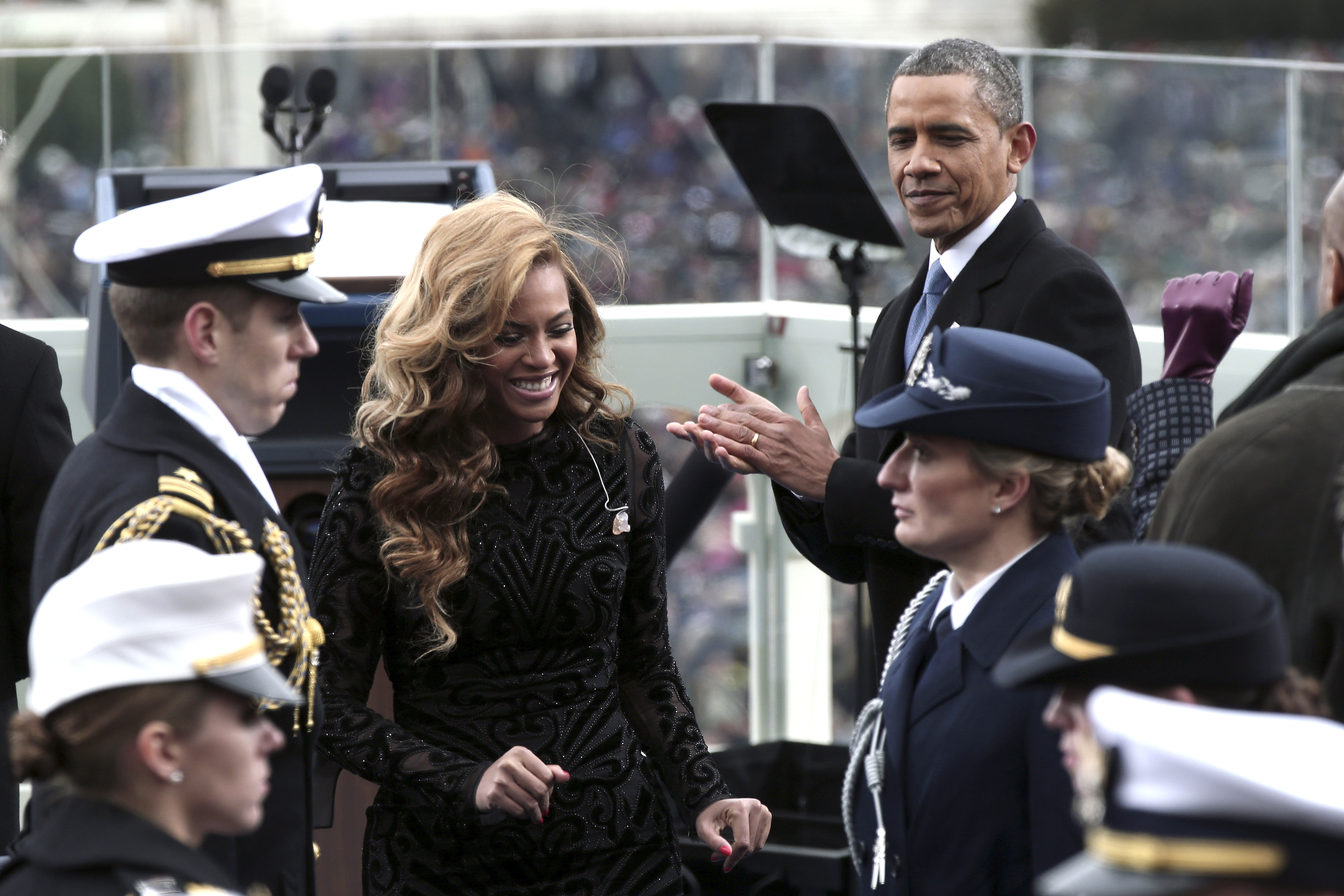 Potential presidential candidate and former Arkansas Governor Mike Huckabee doesn't think much of the Obamas' taste in pop star icons for their children, he told People Magazine, in an interview to promote his new book, "God, Guns, Grits and Gravy."

While he called the Obamas "excellent and exemplary parents in many ways," Huckabee said he didn't understand how they could be so careful about other parts of their children's lives--"how much broccoli they eat how much broccoli they eat and where they go to school and making sure they're kind of sheltered and shielded from so many things," and yet not recognize that the content of Beyoncé's lyrics and choreography "might not be suitable for either a preteen or a teen." He also suggested that the star "has sort of a regular key to the door" of the White House.

Beyoncé performed at the president's 2013 inauguration, and she, Jay Z and their daughter attended the first lady's 50th birthday party in January. The Obama daughters have gone with their mother to some of Beyoncé's concerts.

In his book, Huckabee refers to her music as "obnoxious and toxic mental poison in the form of song lyrics" and says her dance moves are "best left for the privacy of her bedroom." He told People that he wondered if the Obamas had ever really listened to -- or seen a performance of -- Beyoncé's "Drunk in Love."

Lest anyone think his anti-Hollywood sentiment is absolute, Huckabee told People that he's a fan of Jennifer Lawrence: "She was terrific in The Hunger Games. I find her an amazing actress."

Huckabee ended his Fox News show earlier this month so that he can consider a second presidential run. Like other possible candidates, Huckabee said he would make a final decision some time this spring.