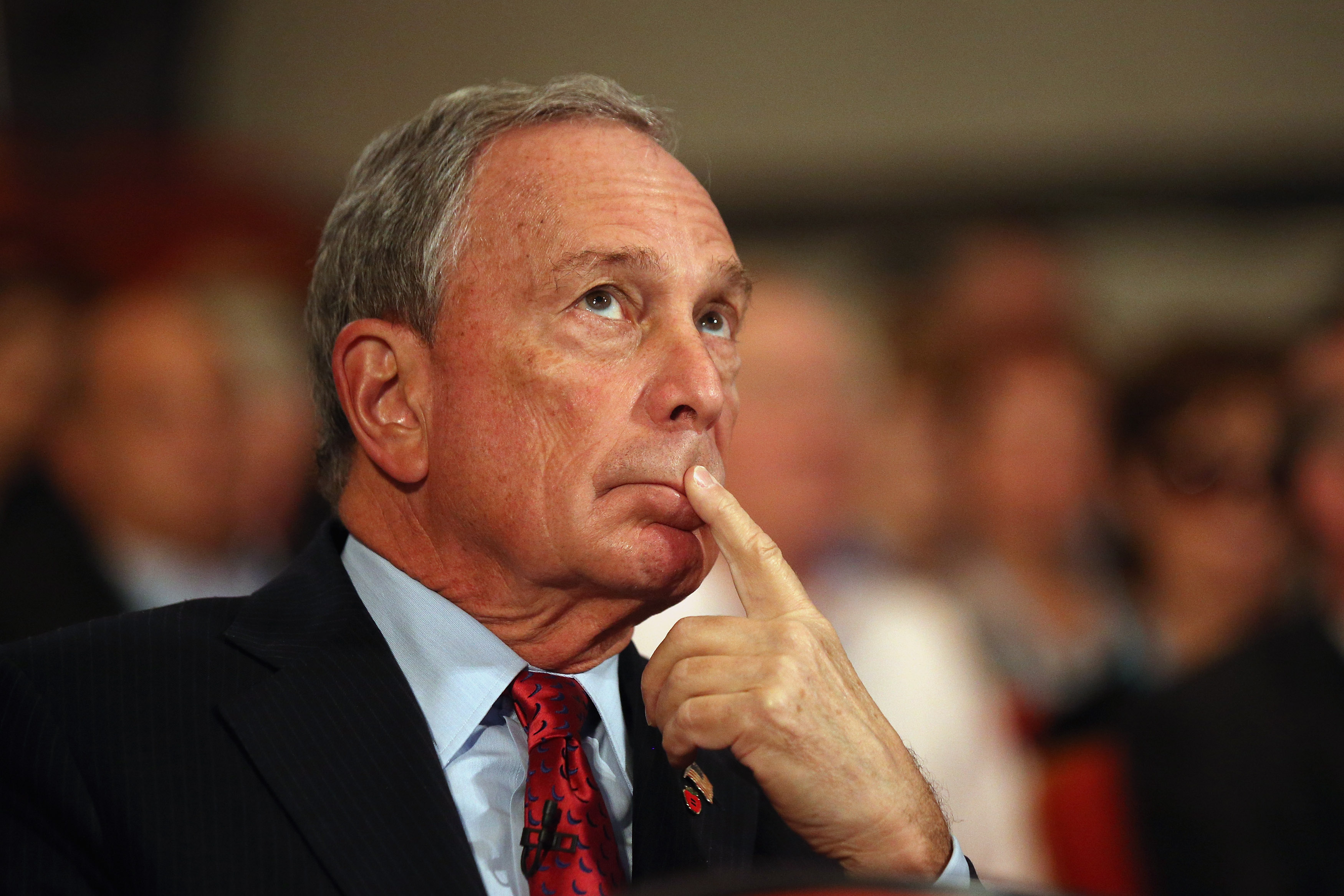 Former New York City Mayor Michael Bloomberg is saying for the first time publicly that he is considering running for president in the 2016 race.

In an interview with the Financial Times published Monday, the billionaire media owner who's politically independent said he's "looking at all the options" when he was asked whether he was considering a bid.

"I find the level of discourse and discussion distressingly banal and an outrage and an insult to the voters," Bloomberg said, adding that the American public deserves "a lot better."

Bloomberg, 73, had not previously spoken directly about the possibility of an independent White House bid. But people familiar with his plans told The New York Times last month that he had directed his advisers to draw up plans for a potential campaign. According to that report, which was confirmed by CBS News, he had indicated to his allies that he would be willing to spend $1 billion of his own money on it. That report had suggested, however, that he would only move forward if he saw an opening -- if it became clear that Hillary Clinton would not win the Democratic nomination, for example.

According to FT's report on Monday, Bloomberg said in the interview that he would need to get on state ballots by the beginning of March.

"I'm listening to what candidates are saying and what the primary voters appear to be doing," said Bloomberg, who served as mayor of New York City for nearly a decade from 2002 until 2013.

A decision would likely come after the first few nominating contests in Iowa, New Hampshire and South Carolina.

The report comes just a day before the first-in-the-nation primary in New Hampshire and just a week after the Iowa caucuses, where Clinton was declared the official winner by a narrow margin.

Clinton, however, has struggled to make gains in the Granite State where her rival Sen. Bernie Sanders, I-Vermont, has maintained a substantial lead in recent polls. The latest WMUR/CNN/University of New Hampshire poll released Sunday found 58 percent of voters said they support Sanders and 35 percent back Clinton.