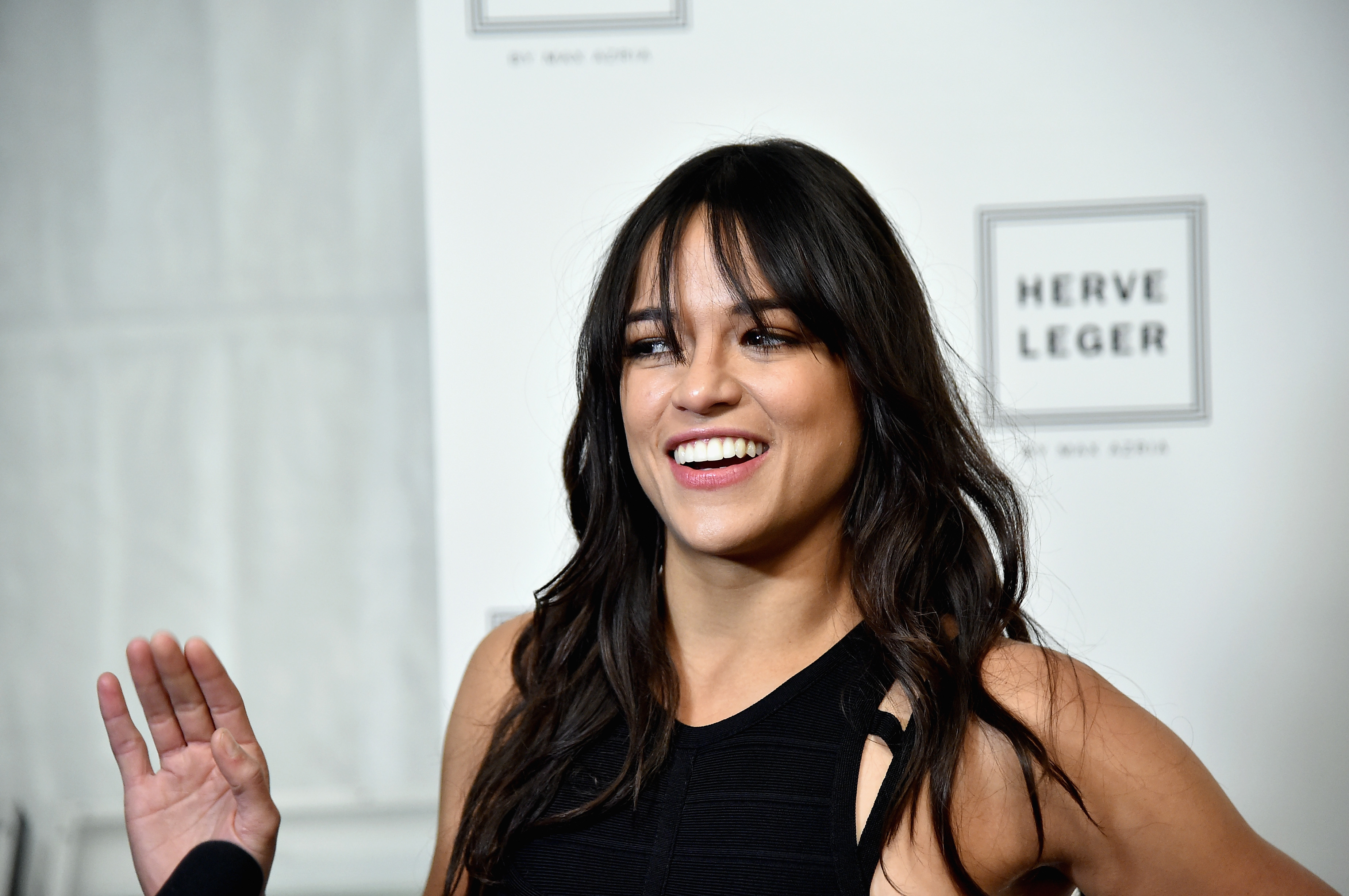 Fans of Michelle Rodriguez have watched her play Letty Ortiz in the “Fast and Furious” films for over a decade.

Throughout her career, Rodriguez has taken on several tough, no-nonsense characters -- from a police officer in “S.W.A.T” to a boxer in “Girlfight.” Now the 38-year-old can be seen starring as a schoolteacher in the film adaptation of Eckhart Tolle’s 2008 novel, “Milton’s Secret.”

In the film, a young bullied boy (William Ainscough) is taught by his grandfather (Donald Sutherland) that focusing too much on the past and worrying about the future prevents him from finding true happiness in the present.

Rodriguez opened up to CBS News about her unlikely new role and also why she thinks a Hillary Clinton presidency will change Hollywood.

Your character in “Milton’s Secret” is slightly different than what we are used to seeing you play. What appealed to you about this role?

I guess when you are in your late 30s, you feel a little bit more maternal than when you’re a girl. There was also something really cool about a kid learning alchemy. I think in a day and age when you have so much noise happening around you, it’s a beautiful message to have this kid reminded that he is human by his grandfather.

The film deals with this idea of being present. Could you relate to the boy’s story and the relationships in his life?

I grew up in Jersey City, so I don’t comprehend the psychology of kids today. I can understand that what I felt as a kid physically with fights in the school yard are now verbal, but they have the same psychological effect. I thought it was a beautiful message for children every now and then to stop and evaluate their mind and what is most important to them.

Given the demands of your career, do you ever find it difficult to stop and be mindful and present?

I’m just as susceptible as the next person. I constantly have to reevaluate myself and everything I hold dear. Sometimes it helps to stop, breathe and just look at yourself. It’s like the idea of having cameras on cops. The awareness of having someone watch you just shifts your entire demeanor -- it changes the way you act. I’m almost certain everybody acts differently in front of people than when they are alone. But you can be your own witness in a way and guide yourself in the same way that you would if you were being watched.

How closely have you been following the wave of police killings we’ve seen recently?

I’ve seen all of it. I grew up in Jersey City with some of the worst police ever in my town. I had friends die at the hands of cops and have been seeing this violence for a long time. I only think there is attention being given to the subject now because we have an African-American president, and I am grateful for it. Now I think we may need a woman to be president so we can bring some attention to women’s issues.

We’re seeing an increasing amount of strong female roles being written for actors today. Are you encouraged by what’s out there? What more does Hollywood need to be doing?

It’s really about getting that female out there. The symbolism behind a woman leading the country is so powerful. I promise you if Hillary Clinton becomes president, Hollywood is going to be all over the feminist movement. It’s really sad that that’s how it is, but it’s hard to get into this business in the first place, so I can understand why the guys are hogging it up with their own dreams. If I was a guy I don’t know that I would focus my career on dreaming for women, but you know it’s unequal.

Fifty-one percent of the population is female and 80 percent of the directors are guys. Same for producers, directors and heads of studios. I see lots of female studio heads who aren’t doing much for women. It’s really rough out there. Once people realize that women hold up half the world, it will balance itself out.

I love directors like JJ Abrams, James Cameron and Christopher Nolan. They are all open-minded men who are really strong and have tendencies to write really amazing female characters because they see them as equal. Each of them just see great characters -- not a man or a woman, just a great person.

Can we expect to see you step behind the camera and write some of these roles yourself?

I’m on it. Believe me, I am not going to wait for some guy to dream for me. I know we have to take the torch ourselves and dream for ourselves. Be patient with me, I’ll go out there and hold the torch, for sure.

“Milton’s Secret” is now in select theaters nationwide and on VOD.