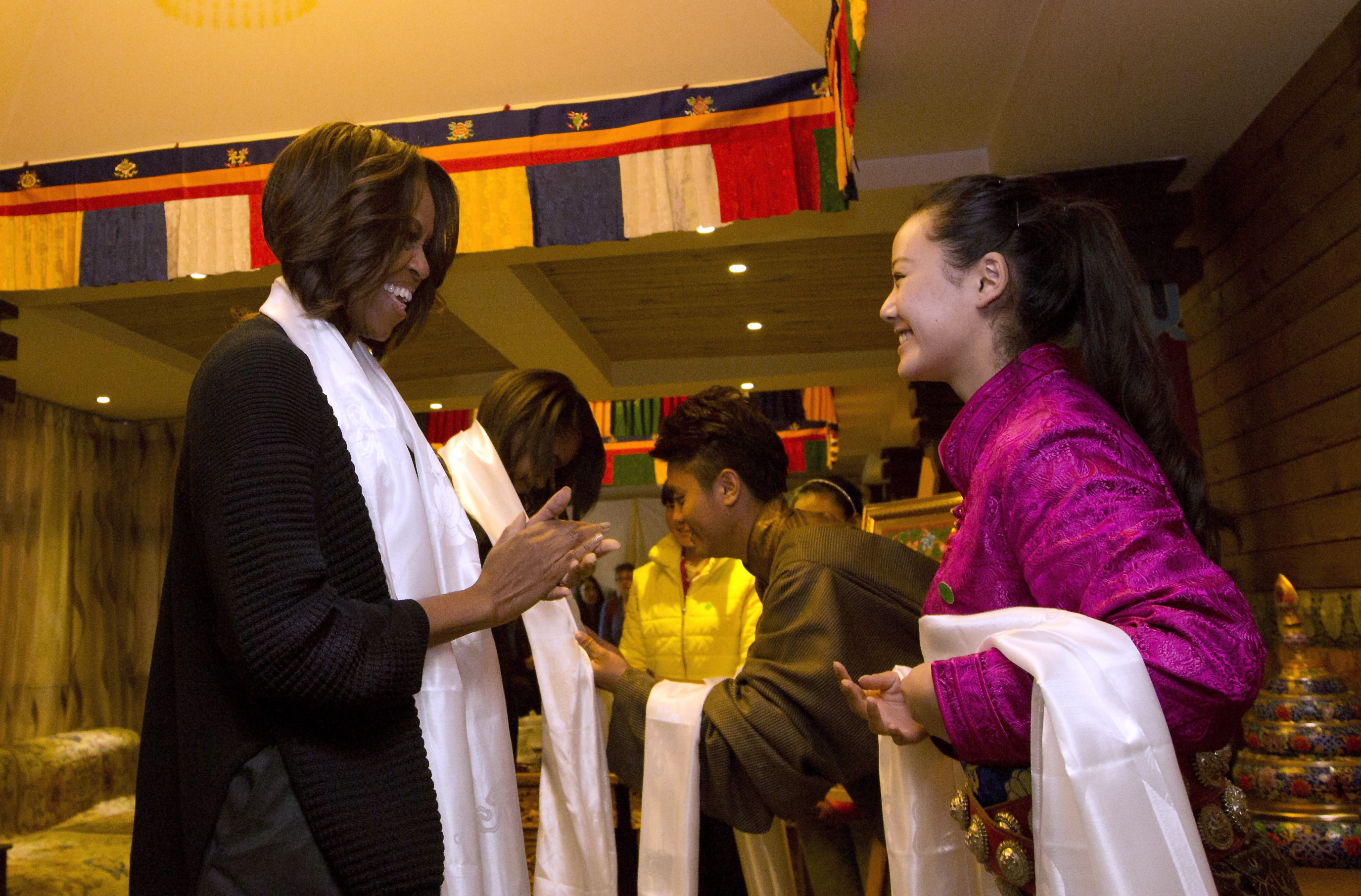 BEIJING Michelle Obama ended her weeklong trip to China on Wednesday with a Tibetan theme, having lunch in a Tibetan restaurant, meeting students who presented her with a Tibetan silk scarf and tapping Tibetan prayer wheels.

Her staff said the restaurant choice in Chengdu city in southwest Sichuan province, which borders the Tibetan region, was in accordance with the American first lady's interest in the rights of minorities in China.

The rights of Tibetans is a touchy one between the Chinese and U.S. governments.

More than 100 people have self-immolated in ethnic Tibetan areas, including parts of Sichuan, since 2009 to protest Chinese restrictions on Buddhism and the denigration of the Tibetans' spiritual leader, the Dalai Lama. President Barack Obama met with the Dalai Lama last month over the objections of Beijing, which reviles him as a separatist.

As Mrs. Obama entered the Zangxiang Teahouse in Chengdu she tapped 11 metal prayer wheels that lined an entry bridge to the restaurant. Mrs. Obama, her mother and two daughters were greeted by a group of students who presented the four with traditional Tibetan ceremonial long white scarfs.

The immersion in Tibetan culture wasn't the only move that may not have been popular with Chinese authorities. On a visit to Peking University over the weekend, she spoke about the importance of the free flow of ideas and criticism, even of the government. China has some of the tightest internet restrictions in the world.

Obama also spoke about the importance of pursuing an education even for students who come from humble origins.

On Wednesday morning, the family visited pandas at the Chengdu Panda Base, where they saw LiLi, a 22 year old grandmother and five young pandas.

The Obamas will return to the U.S. later Wednesday.