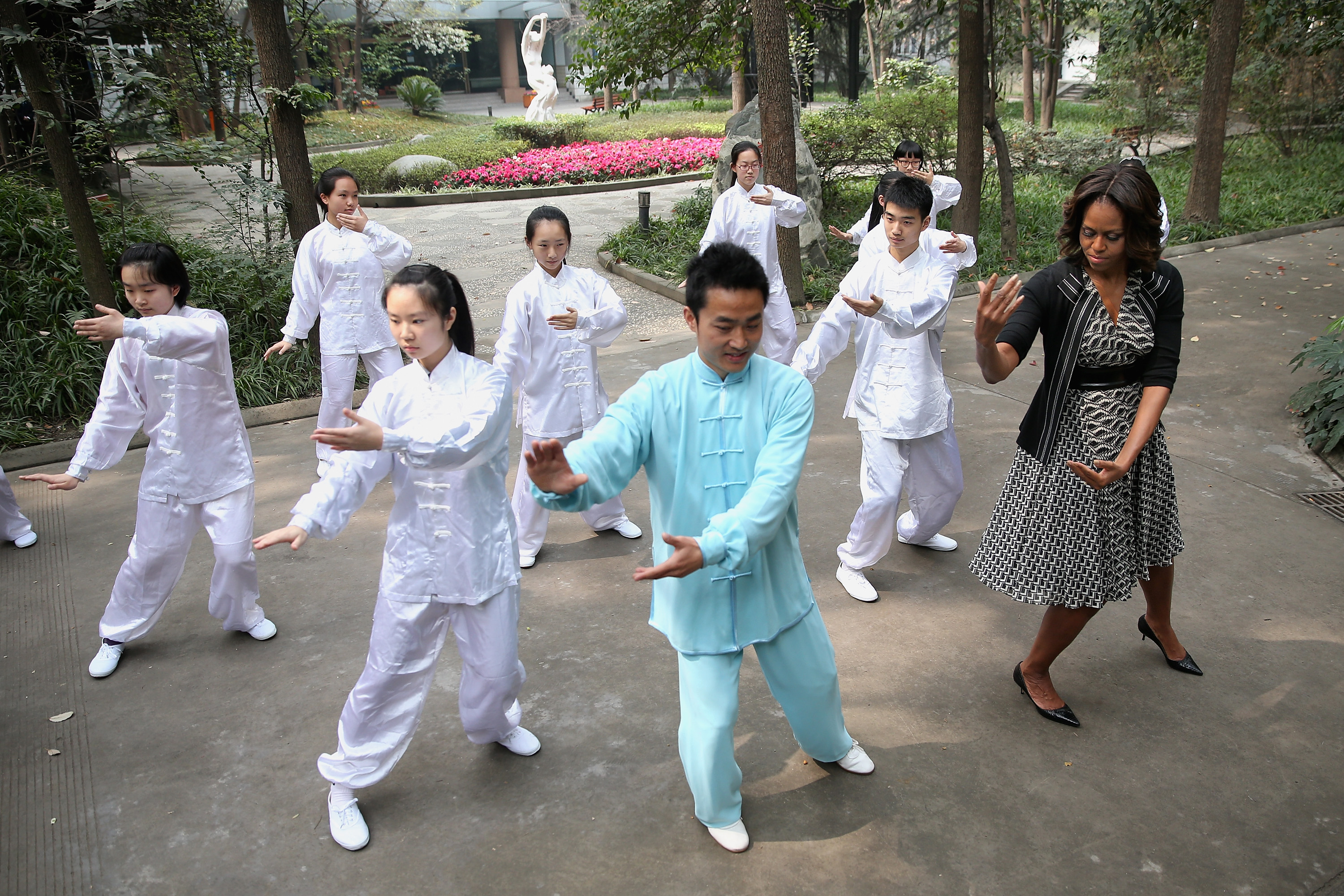 "In America, we believe that no matter where you live or how much money your parents have, or what race or religion or ethnicity you are, if you work hard and believe in yourself, then you should have a chance to succeed," Mrs. Obama told Chengdu No. 7 High School in Sichuan province.

But, she pointed out, that wasn't always the case.

"Many decades ago, there were actually laws in America that allowed discrimination against black people like me, who are a minority in the United States," Mrs. Obama said. "But over time, ordinary citizens decided that those laws were unfair. So they held peaceful protests and marches. They called on government officials to change those laws, and they voted to elect new officials who shared their views."

The first lady's remarks on the last leg of a six-day tour of China intended specifically for promoting higher education were also beamed via satellite to 12,000 students from remote communities in the southwestern part of the country who participate in a long-distance learning program with the prestigious No. 7 school.

She lauded the technology that enables long-distance learning as the kind of tool that will help minorities and rural students in less-developed areas reach their full potential.

"You see, the truth is that I grew up like many of you; my mom, my dad, my brother and I, we lived in a tiny apartment in Chicago," she said. "But whenever I got tired or discouraged, I would just think about how hard my parents were working for me. And I would remember something my mother always told me, she said, 'A good education is something that no one can take away from you.'"