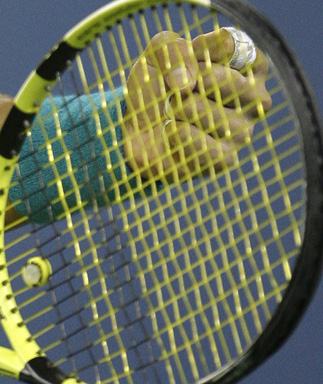 The Michael Jackson media wars continue, with Fox agreeing to air outtakes the singer selected from his controversial interview with a British journalist.

A two-hour special, tentatively titled "Michael Jackson, Take Two: The Interview They Wouldn't Show You," is scheduled to air Feb. 20.

Angered by how Bashir portrayed him, Jackson came forward with videotape taken during the Bashir interview by his own production company.

Jackson last week said he felt "more betrayed than perhaps ever before" by Bashir, who expressed concern about Jackson's treatment of his three children in voice-overs in the documentary. The film showed Jackson dangling his infant son over the fourth-floor balcony of a hotel in Berlin, Germany.

A statement released in London on Jackson's behalf late Sunday by Bell Yard Communications said Bashir was filmed during the making of the documentary.

"The film shows extraordinary scenes of Martin Bashir praising the way Michael treats children and commenting on how good a father he is," the statement said.

"In his film, Bashir says that it was in Berlin that he began to change his mind about Michael's treatment of his children. Yet, the Jackson footage clearly shows that Bashir was actually continuing to praise Michael's abilities as a father and Bashir making many statements about how he feels it is a pity that the world is so quick to criticize Michael," the statement said.

Fox's special does not feature any new interview with Jackson, Grogin said.

A Jackson spokesman, Stuart Backerman, said Fox was selected because it was he network "that packaged it with the best sensitivity to Michael Jackson." There were several who were interested, including the other top three broadcast networks, he said.

He would not comment on whether there was a payment to Jackson.

Jackson was reportedly ready to give an interview to CBS News 60 Minutes Correspondent Ed Bradley over the weekend. But the singer got cold feet, and Bradley left Jackson's Neverland ranch in California empty-handed.

Meanwhile, the VH1 cable network (like CBSNews.com, part of Viacom) is rerunning the ABC version of the Bashir interview three times this weekend.

NBC is also moving ahead with a sweeps-month special examining plastic surgery allegedly performed on Jackson's face. ABC's "Primetime Thursday" looked at the same subject on Thursday, and it was the week's third most-popular show in the ratings.

In the statement, Jackson again denied that he molested a boy who had stayed at his home in 1993. No charges were filed at the time and Jackson reached a financial settlement with the boy's family.

"I have never, and would never, harm a child. It sickens me that people have written things that portray me as a child abuser," Jackson was quoted as saying.

The statement added that Jackson chose to pay a "considerable" settlement to the boy's family "to avoid being subjected to a media circus."

In the Bashir documentary, Jackson said he had slept in a bed with "many children," including actor Macaulay Culkin and his brother, Kieran.

"When you say 'bed,' you're thinking sexual," the singer said. "It's not sexual, we're going to sleep. I tuck them in...It's very charming, it's very sweet."

A Jackson representative did not immediately return a telephone call seeking comment.