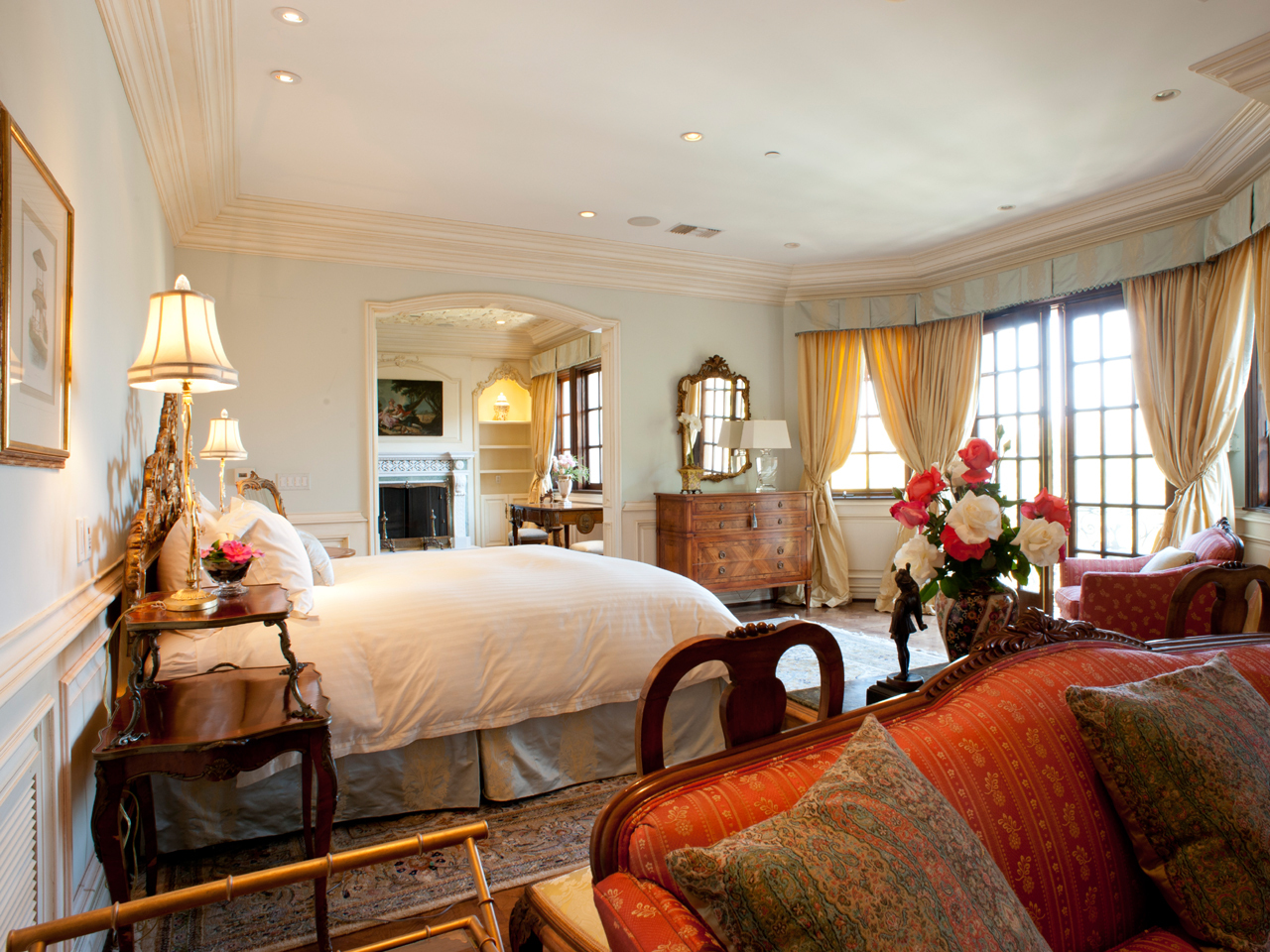 (CBS/AP) The bed where Michael Jackson took his last breath is going up for auction as part of a major estate sale next month.

Also set for the auction block are the antique furnishings, paintings and sculptures that surrounded the King of Pop in his final days.

The Carolwood Drive home where Jackson lived with his three children from 2008-2009 will be up for sale separately.

The bedroom shown in evidence photos at Dr. Conrad Murray's criminal trial was actually considered a "medication room" by the Jackson team. Murray was convicted of supplying an insomnia-plagued Jackson with the powerful operating-room anesthetic propofol to help him sleep as he rehearsed for a series of comeback concerts in London.

A note from one of the children remains on a chalkboard inside the home's sprawling kitchen, where three barstools were lined up against the center island -- a perfect breakfast spot for the kids. "I (heart) Daddy. SMILE, it's for free," the chalk note reads in childlike scrawl. The chalkboard will be sold as-is, and is expected to fetch more than $400.

The medication room, on the top floor, leads to another walk-in closet and bathroom, where Jackson's makeup still remains on a small silk-covered stool beneath the vanity.

Photos of the house and the items available for sale are featured in a limited-edition auction catalog, which is being sold for $100. But the catalog and auction are discreetly titled "100 North Carolwood Drive" and the words "Michael Jackson" do not appear anywhere in the catalog.

Although up for sale, the 54,885-square-foot home will not be auctioned. The house has six bedrooms and 10 fireplaces. It also has a wine cellar, fitness center and formal dining and sitting rooms. The price was not disclosed but similar homes in the area are listed at $18 million and up.

Highlights from the furnishings sale will be on view at a free exhibition at Julien's Auctions in Beverly Hills, Calif., beginning Dec. 12. The auction is set for Dec. 17.

Jackson's legacy will live on in other ways too.

Finally, unearthed material could surface as well. MTV.com reports that Jackson's 1987 "Bad" album might be reissued with bonus material.