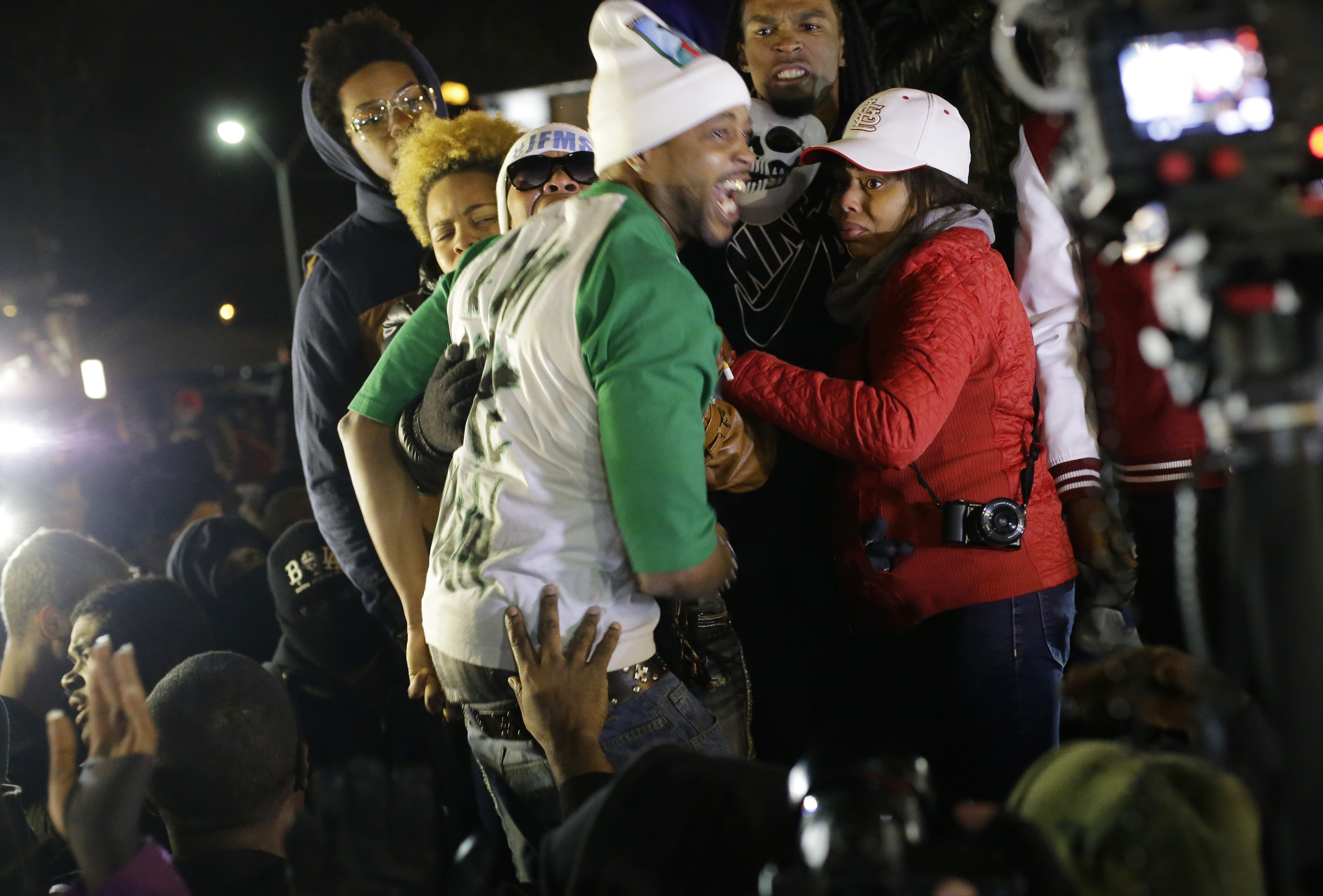 FERGUSON, Mo. - The stepfather of Michael Brown has apologized for angry comments he made after the grand jury decided not to indict the police officer who killed his stepson, but said his remarks had nothing to do with the arson and looting that ravaged Ferguson and the surrounding area.

Louis Head said Wednesday in a statement to CBS News that he was full of emotion on the night of Nov. 24, when he yelled "Burn this bitch down!" in a crowd of protesters.

"Something came over me as I watched and listened to my wife, the mother of Michael Brown, Jr., react to the gut-wrenching news that the cop who killed her son wouldn't be charged with a crime," Head said in his statement. "My emotions admittedly got the best of me. This is my family.

"I was so angry and full of raw emotions, as so many others were, and granted, I screamed out words that I shouldn't have screamed in the heat of the moment," he continued. "It was wrong and I humbly apologize to all of those who read my pain and anger as a true desire for what I want for our community. It wasn't."

St. Louis County police said Tuesday they are investigating Head's comments as part of a broader inquiry into the arson, vandalism and looting. Twelve commercial buildings were destroyed in the hours after the grand jury decision.

Brown, 18, was shot and killed by Ferguson officer Darren Wilson on Aug. 9. Wilson, who is white, told the grand jury he fired because his life was in danger, but some witnesses said Brown, who was black and unarmed, was trying to surrender.

Brown's mother, Lesley McSpadden, was on top of a car on a Ferguson street in front of the police station, surrounded by protesters, when she heard the grand jury announcement. She began sobbing. Her husband jumped on top of the car and hugged her, then yelled out.

The street was already noisy and grew louder as Head hugged his wife. He yelled without a microphone or any amplification. Some people who were close by couldn't hear what he said.

Head, in his statement, said that while he was sorry, he does not believe he can be accused of instigating the riots.

"To place blame solely on me for the conditions of our community, and country, after the grand jury decision goes way too far and is wrong as the decision itself," Head said. "To declare a state of emergency and send a message of war, and not peace, before a grand jury decision was announced is also wrong. It set the stage for my outbursts.

"In the end, I've lived in this community for a long time," Head said. "The last thing I truly wanted was to see it go up in flames. In spite of my frustration, it really hurt to see that. It was wrong, and I humbly apologize to all of those who read my pain and anger as a true desire for what I want for our community."

Remy Cross, a criminologist at Webster University in suburban St. Louis, said he would be surprised if Head is criminally charged, especially considering the emotional distress he was under at the time.

And Cross wondered why police would want to stir up emotions again, especially now that protests have died down to the point that police and the National Guard have scaled back their patrols. There have been no nighttime arrests at Ferguson protests since Friday.

"Given that this is such a raw situation already and given that there is already a sense of injustice at the hands of the legal system, this could be construed as provocation," Cross said.