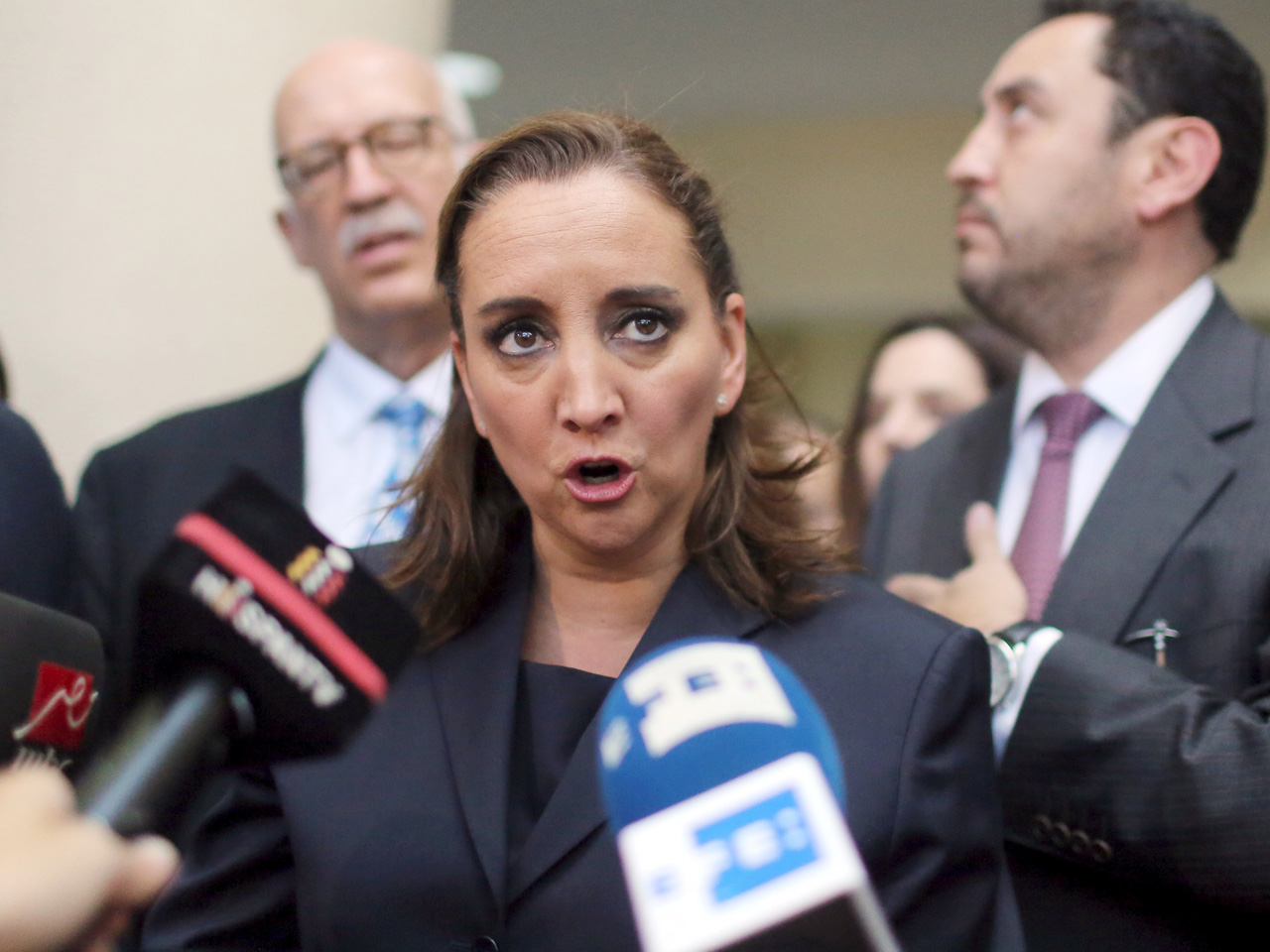 CAIRO - Mexico's foreign minister said in Cairo on Wednesday that her government is demanding a "thorough, comprehensive, prompt and transparent investigation" into why Egyptian security forces mistakenly attacked a tourist convoy last Sunday that left 12 people dead - among them 8 Mexican tourists - and 10 wounded.

Secretary of Foreign Affairs Claudia Ruiz Massieu's comments came in a joint press conference with Egyptian Foreign Minister Sameh Shoukry as Egypt attempts to manage a crisis that has threatened a tourism industry already battered by years of political unrest, strained bilateral relations, and reinvigorated criticism of its security forces.

But only hours after the foreign ministers appeared together and Shoukry vowed that Egypt would vigorously pursue a "transparent investigation" into "this regrettable incident," the Egyptian prosecutor general issued a gag order banning all media, both domestic and international, from discussing the case.

Massieu landed in Cairo early Wednesday morning accompanied by family members of the victims. She visited injured survivors in a Cairo hospital before meeting with Egyptian President Abdel Fattah al-Sisi.

She said that Mexican President Enrique Peña Nieto had ordered her to Egypt "first and foremost to be at the side of the Mexican injured victims" and to help repatriate the bodies of her slain countrymen.

But Massieu also said she pushed "at the highest levels" for a clear and comprehensive accounting of how tourists and their Egyptian guides came to be attacked as they stopped along the desert road for a picnic.

Publicly, at least, that accounting hasn't happened yet. Foreign Minister Shoukry declined to offer any details of the events that led to the death of the Mexicans.

Egypt's Interior Ministry had initially stated that security forces undertaking a counterterrorism operation in the area accidentally targeted the tourist expedition's four vehicles after they entered a closed military zone.

The day before, militants linked to the Islamic State of Iraq and Syria (ISIS) claimed to have attacked Egyptian army positions in the country's vast Western Desert

But over the last week the government has sought to deflect criticism and responsibility for the attack on the tourist convoy, claiming that the tourism company did not possess proper permits and had entered a closed military zone.

The tourism company insists that its paperwork was in order.

In a letter penned to the Mexican people released Tuesday night, Egyptian FM Shoukry expressed sympathy "for the loss of innocent Mexican lives" before appearing to walk back the government's initial admission of "error" in their deaths.

"We still do not know if the convoy was simply in the wrong place at the wrong time, or if some error was involved," he wrote. "I assure the Mexican people that an impartial inquiry is being held, under the leadership of Egypt's Prime Minister himself, and that Egypt is prepared to do its utmost to help in any way it can."