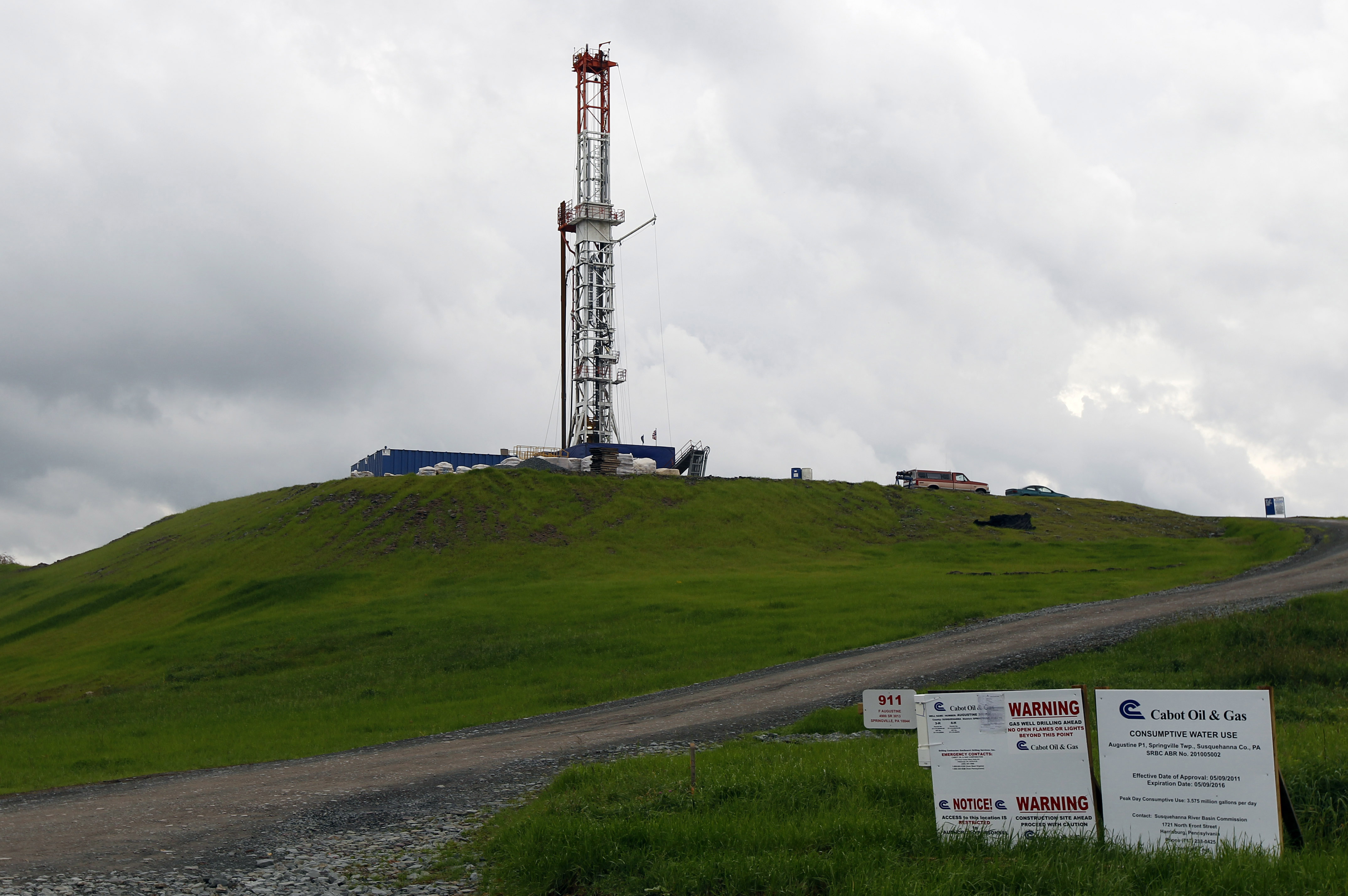 PITTSBURGH New research in Pennsylvania demonstrates that it's hard to nail down how often natural gas drilling is contaminating drinking water: One study found high levels of methane in some water wells within a half-mile of gas wells, while another found some serious methane pollution occurring naturally, far away from drilling.

The findings represent a middle ground between critics of the drilling technique known as hydraulic fracturing who claim it causes widespread contamination, and an industry that suggests they are rare or nonexistent.

The contamination from drilling is "not an epidemic. It's a minority of cases," said Rob Jackson, a Duke University researcher and co-author of the study released Monday. But he added the team found that serious contamination from bubbly methane is "much more" prevalent in some water wells within 1 kilometer of gas drilling sites.

Methane is an odorless gas that is not known to be toxic, but in high concentrations it can be explosive and deadly.

The Duke paper, published in the Proceedings of the National Academy of Sciences, is an expansion of a 2011 study that attracted widespread attention for its finding that drilling was polluting some water wells with methane. The new study includes results from 141 northeastern Pennsylvania water wells. It found methane levels were an average of six times higher in the water wells closer to drilling sites, compared with those farther away. Ethane, another component of natural gas, was 23 times higher in the homes closer to drilling.

Some of the methane was at dangerous levels. The study found 12 homes with levels above the recommended federal limit of 28 milligrams per liter, and 11 of those water wells were closer to gas drilling sites. Jackson said the researchers believe that faulty drilling can cause methane pollution, but that natural causes can, too. Eighty percent of all the water wells they tested contained some level of methane, including many with no nearby drilling.

In 2011, Pennsylvania strengthened rules for the steel casing and cement around the top of a gas well that are meant to protect water supplies from contamination, but some older wells weren't drilled to those standards.

There was some good news, Jackson said: The Duke researchers haven't found any evidence that chemicals from hydraulic fracturing, or fracking, have contaminated water wells.

"We're not seeing the things that people are most afraid of," Jackson said, referring to the chemicals used in fracking.

The research is important because gas drilling has recently boomed in large parts of Pennsylvania, Ohio and West Virginia and is being closely studied by officials in New York, where there's a moratorium on hydraulic fracturing for gas.

To get at the natural gas trapped deep underground, drillers crack open rock with a high-pressure mix of water, fine sand and chemicals pumped into wells. The industry has brought a windfall of royalties and jobs to some communities, but also concerns about air and water contamination.

The situation is complicated because Pennsylvania has many layers of oil, gas, and coal-bearing rock as well as natural faults. All those can enable gas to seep naturally into water wells, even in areas without drilling.

One researcher who now consults for oil and gas companies and other clients questioned some of the Duke findings.

Fred Baldassare, who worked for the Pennsylvania Department of Environmental Protection for 25 years, said the study doesn't present an accurate picture of the whole state because the Duke team went to areas where residents had complained about drilling contamination, rather than doing a random sample. Baldassare runs a research company called Eschelon Applied Geosciences.

The second water study was published online last week by the U.S. Geological Survey. It found that some Pennsylvania water wells in areas with no nearby drilling are naturally contaminated with high levels of methane. It also found that 85 percent of the samples had radon levels higher than federal safe limits.

One well sample, taken at a hunting club, had such high natural methane levels, it could have been flammable, said hydrologist Ronald Sloto.

"They knew they had a major water quality problem, they didn't know what it was," Sloto said.

The USGS took samples from 20 wells in Sullivan County, in northeastern Pennsylvania, in order to establish a pre-drilling baseline for water quality.

Sloto said his study and the Duke paper confirm that pre-drilling water testing is an absolute necessity for homeowners.

"Once you have drilling you can't get a baseline, it's too late" to determine if drilling caused water problems or if they were already there naturally, Sloto said.

The Marcellus Shale Coalition, an industry group, had no direct comment on the Duke findings.

"Private water well quality and construction, as well as methane migration, is a longstanding public health issue in Pennsylvania, dating back decades," CEO Kathryn Klaber said in an email.

CBSNews.com's Brian Montopoli reported that in 2007, Penn State Professor Terry Engelder calculated that there were 50 trillion cubic feet of natural gas in the Marcellus Shale, which runs for about square 95,000 miles underneath Pennsylvania, New York and four other states. (The US Geological Survey had previously estimated the shale held just 2 trillion cubic feet.) Engelder's discovery and others around the country revealed that America's shale held "the equivalent of two Saudi Arabias of oil," as Chesapeake Energy CEO Aubrey McClendon put it.