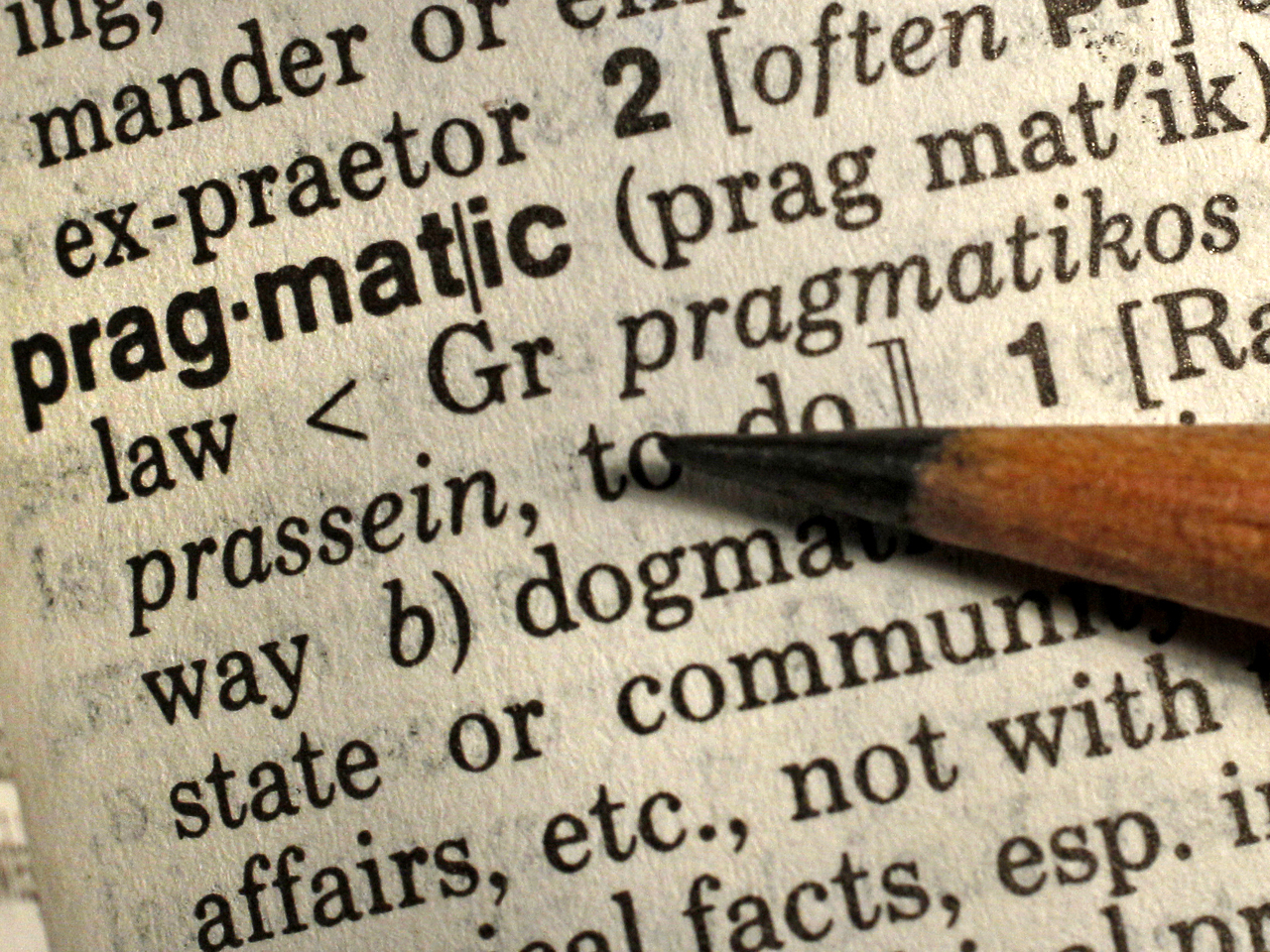 When the time came for Merriam-Webster to pick its top word of 2011, its editors decided they needed to be pragmatic.

So they chose ... pragmatic.

The word, an adjective that means practical and logical, was looked up so often on Merriam-Webster's online dictionary that the publisher says "pragmatic" was the pragmatic choice for its 2011 Word of the Year.

Though it wasn't traced to a specific news event or quote from a famous person, searches for "pragmatic" jumped in the weeks before Congress voted in August to increase the nation's debt ceiling, and again as its supercommittee tried to craft deficit-cutting measures this fall.

"Pragmatic" may have sparked dictionary users' interest both because they'd heard it in conversations, and because it captures the current American mood of encouraging practicality over frivolity, said John Morse, president and publisher of Springfield, Mass.-based Merriam-Webster.

"'Pragmatic' is a word that describes a kind of quality that people value in themselves but also look for in others, and look for in policymakers and the activities of people around them," Morse said.

A new feature on Merriam-Webster's site allows users to tell the dictionary publisher why they sought that specific word, and the feedback from those who looked up "pragmatic" was that they wanted to reaffirm that the connotation was positive.

"People have a general sense of what the word meant and in fact had even been using it, but then they had a moment when they thought to themselves, 'Perhaps I ought to look up that word and make sure it means what I think it means,"' Morse said.

That quote, attributed to King Louis XV of France, translates to, "After me, the flood," and was used by columnist David Gergen in a piece about the Congressional supercommittee's failure to reach a deficit-cutting deal.

Merriam-Webster says it's generally used to allude to people who behave as if they don't care about the future, since "the flood" will happen after they're gone.

Morse and Peter Sokolowski, Merriam-Webster's editor at large, said they would not have been surprised if some people had expected "occupy" to be the 2011 Word of the Year because of the interest raised by Occupy Wall Street protests and similar encampments.

Though it was used a lot in conversation, "occupy" did not prompt an unusual number of searches.

"It's like the dog that doesn't bark. 'Occupy' or 'recession' or 'entitlement' are words you see pop up occasionally in the daily log of lookups, but not in the yearly log," Sokolowski said.

"Occupy" still has a chance to grab a spot in the linguistic limelight, though, because it's being considered among the front-runners for the American Dialect Society's 2011 Word of the Year.

That group's annual choice isn't driven by dictionary lookups, but is a word or phrase that members consider widely used, demonstrably new or popular and reflects the year's popular discourse — similar, in a sense, to Time's selection of Person of the Year. The magazine chose "the protester" as its person of the year for 2011.

The American Dialect Society will announce its selection Jan. 6 after a vote at its annual convention in Portland, Ore., and the group's executive secretary, Allan Metcalf, says "occupy" is getting a lot of buzz.

But so is "Tebow time," a concept that alludes to Denver Broncos quarterback Tim Tebow's ability to rally late-game comebacks — and, in a broader sense, applied to any success or comeback at crunch time.

"Maybe 'Tebow time' might win the Word of the Year in the crunch, but we have two weeks left to go, so who knows what other words might pop up," said Metcalf, who is also an English professor at MacMurray College in Jacksonville, Ill., and author of "OK: The Improbable Story of America's Greatest Word."

Merriam-Webster's past Words of the Year