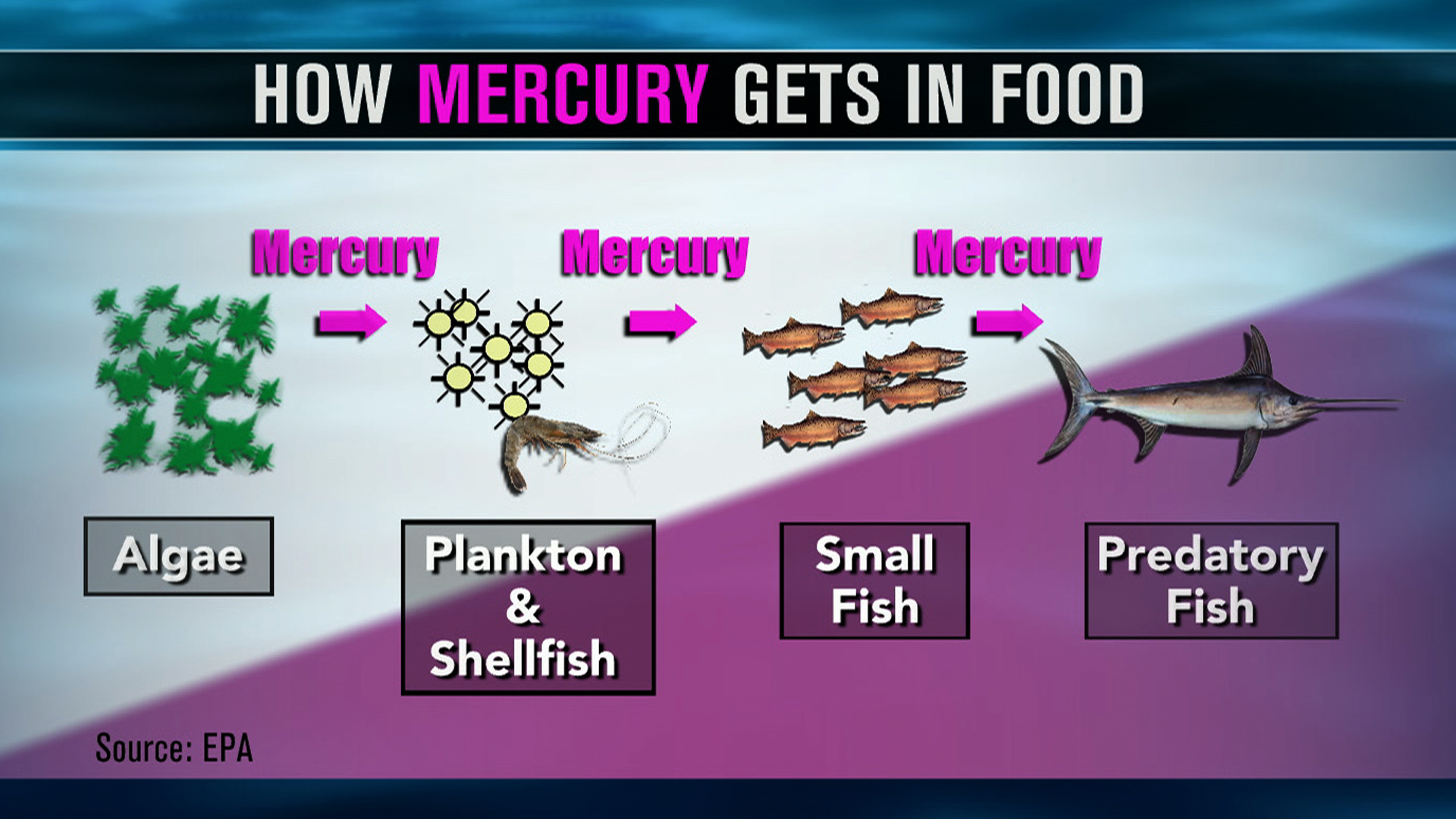 Mercury pollution from power plants in China and India is making its way into fish in waters near Hawaii, according to new research.

In a study published Aug. 25 in the journal Nature Geoscience, University of Michigan researchers say that mercury produced by the coal-burning power plants in these northern Pacific countries travels thousands of miles through the air before rainfall deposits it on the ocean floor near Hawaii.

From there, it's passed on to humans who consume contaminated Pacific Ocean fish, such as tuna and swordfish.

"The implications are that if we're going to effectively reduce the mercury concentrations in open-ocean fish, we're going to have to reduce global emissions of mercury, including emissions from places like China and India," said lead author Joel Blum, an environmental scientist at UM. "Cleaning up our own shorelines is not going to be enough. This is a global atmospheric problem."

The toxic form of mercury that is found in the tissues of these fish is called methylmercury. When consumed, it can damage the heart as well as the central nervous system and immune system. Pregnant women are often cautioned against consuming fish because mercury is especially harmful to fetuses and young children.

In this study, the researchers sought to build on earlier studies that showed that fish that feed at deeper depths are more likely to have high levels of mercury contamination. They tested tissue samples of nine species that live in a region called the North Pacific Subtropical Gyre, which is near Hawaii, and feed at various depths.

"We found that predatory fish that feed at deeper depths in the open ocean, like opah and swordfish, have higher mercury concentrations than those that feed in waters near the surface, like mahi-mahi and yellowfin tuna," said Brian Popp, a professor of geology and geophysics at the University of Hawaii at Manoa."We knew this was true, but we didn't know why."

They previously believed that in the open ocean, methylmercury forms at the surface layer. That was the most likely place for the process of methylation, through which microbes convert inorganic mercury into its toxic organic form. But the results of this study showed that sunlight destroys most methylation at the surface layer, through a process called photochemical degradation, so they had to look deeper.

They found that up to 80 percent of methylmercury is produced at depths of about 165 to 2,000 feet. There, methylation is most likely spurred by bacteria that cling to pieces of organic matter as they sink.

"The fish eat the bacteria, and then other fish, and they get more and more mercury," Dr. David Agus explained to CBS This Morning.

In separate studies, researchers have predicted that mercury levels at depths of 660 to 3,300 feet will possibly double by 2050. Coupled with this latest research, scientists caution that fish supplies will be more contaminated.

"The implication is that predictions for increased mercury in deeper water will result in higher levels in fish," said Blum.

It's tough to know how much mercury you're getting when you buy fish, because levels are not listed on packaging. The Environmental Protection Agency recommends limiting consumption of fish that are known to have higher levels of contamination.

"What's really astonishing about those [EPA] guidelines is that you can have 50 servings of salmon or 100 servings of trout for one serving of swordfish and get the same mercury," said Agus. Stores are starting to test the levels themselves, he added, to keep consumers informed.

"This study also showed us that as we build more and more cities especially in China and India, mercury levels will continue to go up," Agus explained. "So we need to push for international controls of mercury in these plants and ways that we can actually degrade the mercury so it doesn't cause a problem to all of us."