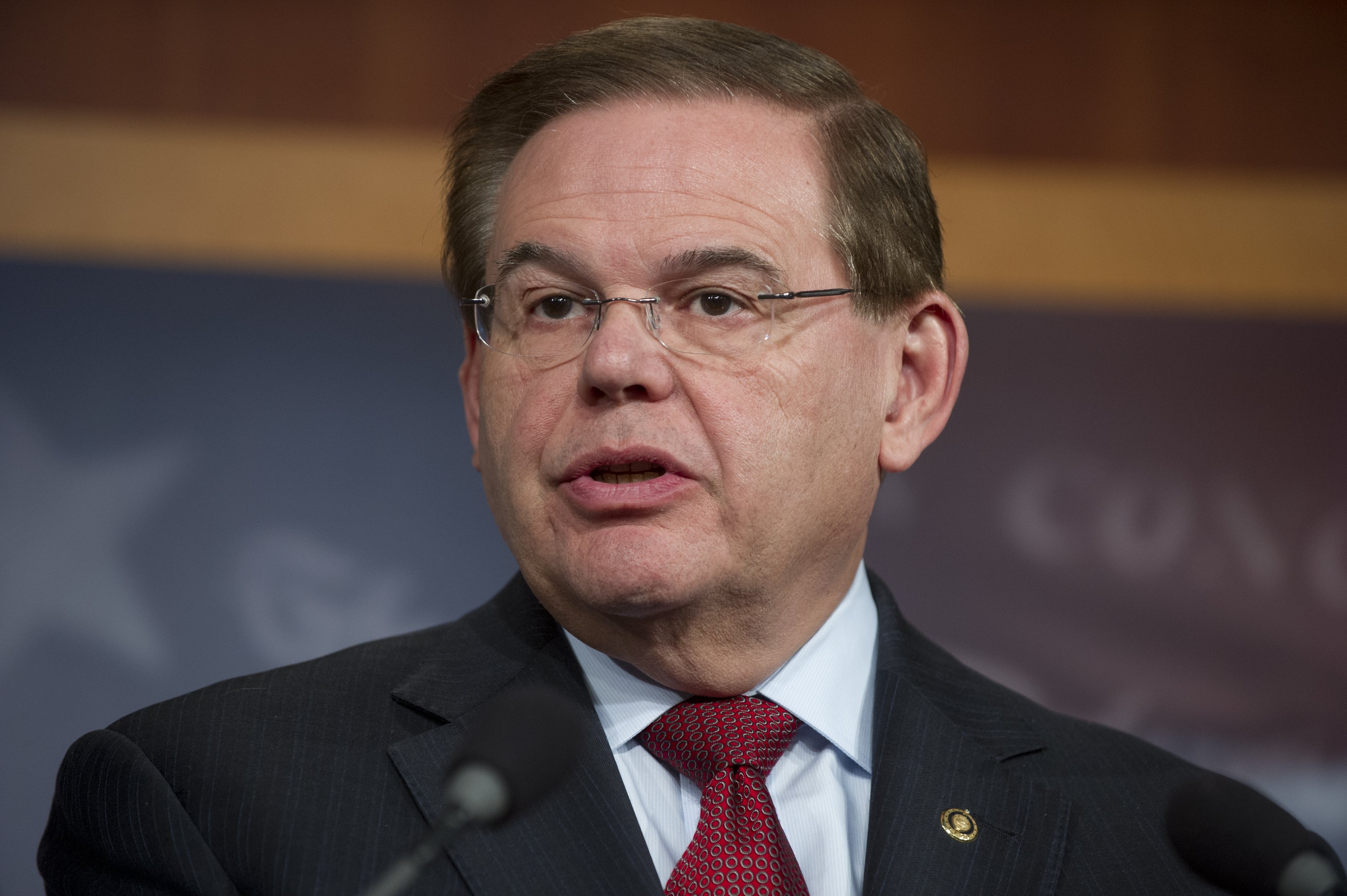 Following an FBI raid targeting one of his political donors, Sen. Robert Menendez, D-N.J., today released a statement asserting that his relationship with the donor is completely above-board and that allegations that he and the donor engaged with prostitutes are false.

FBI agents late Tuesday night raided a West Palm Beach, Fla., office belonging to Dr. Salomon Melgen, an eye doctor who has made large donations to Menendez, the New Jersey State Democratic Committee and other (mostly Democratic) politicians. He also gave more than $30,000 to the Democratic Senatorial Campaign Committee in 2009, when Menendez was chairman.

Menendez's relationship with Melgen came under scrutiny last fall, when the right-leaning news website The Daily Caller interviewed two women from the Dominican Republic who claimed Menendez paid them for sex. The women claimed they engaged with Menendez at an expensive resort in which Melgen has a home.

In the statement today, Menendez's office denied the senator was engaged in any wrongdoing.

"Dr. Melgen has been a friend and political supporter of Senator Menendez for many years," the statement said. "Senator Menendez has traveled on Dr. Melgen's plane on three occasions, all of which have been paid for and reported appropriately. Any allegations of engaging with prostitutes are manufactured by a politically-motivated right-wing blog and are false."

Prostitution is legal in the Dominican Republic, and Menendez is divorced. However, reports surfaced this month that some of the prostitutes that Menendez engaged with may have been underage.

The FBI has not said why it was raiding Melgen's office Tuesday night, but according to the Miami Herald, which first reported the raid, records show that Melgen has an outstanding IRS lien of $11.1 million for taxes owed from 2006 to 2009. The Herald reports that the FBI hauled away potential evidence in several vans.

UPDATE: A spokesman for the Health and Human Services Department tells CBS News that HHS was involved in the raid of Melgen's offices and that the HHS Office of the Inspector General "assisted in the execution of the search warrant" at Melgen's office.

The HHS OIG is responsible for health care fraud cases (involving Medicare and Medicaid). HHS would not comment on the FBI's involvment, though it is not unheard of for the FBI to participate in these types of investigations.