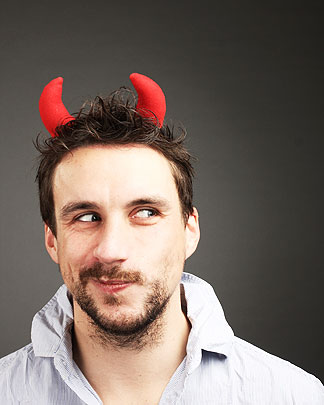 (CBS) What are men always thinking about? A surprising new study suggests it's more than just sex.

Men also think about eating and sleeping a lot.

It's been estimated that men think about sex every seven seconds - or 8,000 times in 16 waking hours.

To put that theory to the test, researchers enlisted 163 female and 120 male college students. All were given handheld tally counters, and 59 students were asked to track thoughts and cravings about food, 61 tracked sleep thoughts, and 163 tracked sexual thoughts of any kind.

The researchers also surveyed the participants beforehand to estimate how often they thought about these basic needs.

So much for the fellas thinking sex every seven seconds?

"It's amazing the way people will spout off these fake statistics that men think about sex nearly constantly and so much more often than women do," study author Dr. Terri Fisher, professor of psychology at Ohio State University's Mansfield campus, said in a written statement.

What explains the findings?

"It's difficult to know, but what is clear is it's not uniquely sex that they're spending more time thinking about, but other issues related to their biological needs, as well."

The study was published in the Nov. 28 issue of the Journal of Sex Research.

Fisher said the results may not suggest male and female gender differences, but rather how comfortable a person is with their sexuality, a trait known as erotophilia. Overall, the study showed that men and women who scored highest in erotophilia on the survey were more likely to think about sex.

The bottom line? Fisher said, "There's really no good reason that our society should have believed that men are thinking so much more about sex than women.

What do you think about the study?