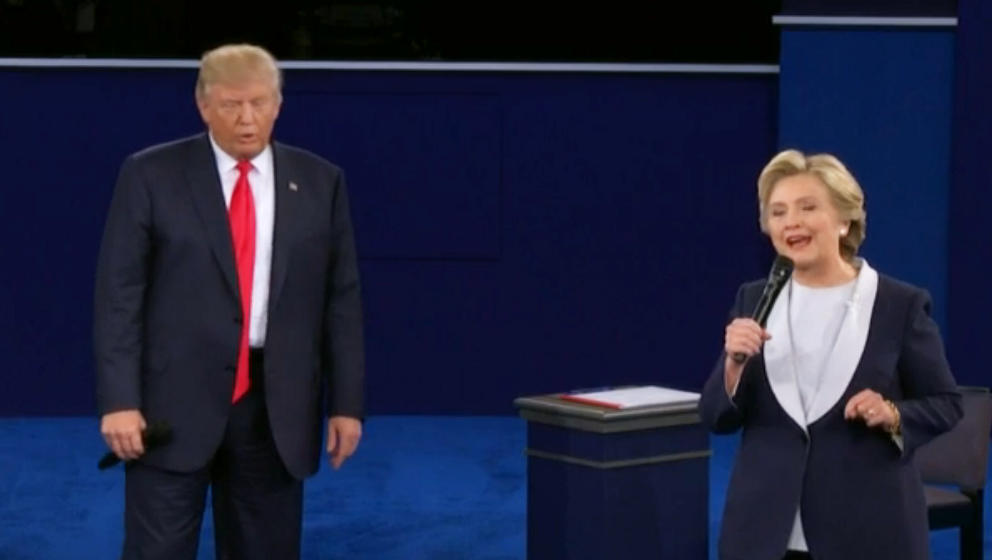 As the second presidential debate rages on at St. Louis’ Washington University Sunday, Facebook users are split by gender on the topics that are trending on the social media platform.

Facebook reports that since the start of the debate, the top topics among women in order: 1. Trump’s lewd 2005 tape recordings, 2. the Islamic State of Iraq and Syria (ISIS), 3. government ethics, 4. education, and 5. race issues.

But Trump’s tapes -- where the GOP nominee can be heard lewdly discussing his aggressive sexual advances and how he would “grab [women] by the p****” -- don’t even register among the top five topics for men on Facebook.

Instead, men are focused on: 1. the recent Wikileaks dump of Clinton campaign emails, 2. Guns, 3. Russia and Ukraine, 4. the economy, and 5. government ethics.

Trump has had trouble earning support from American women during his campaign, after charges of sexism have continued to resurface from the businessman’s past.

In CBS News’ latest battleground tracker poll, for example, women in the battleground state of Pennsylvania are more likely than men to say that Trump’s 2005 comments makes them view the GOP nominee worse.