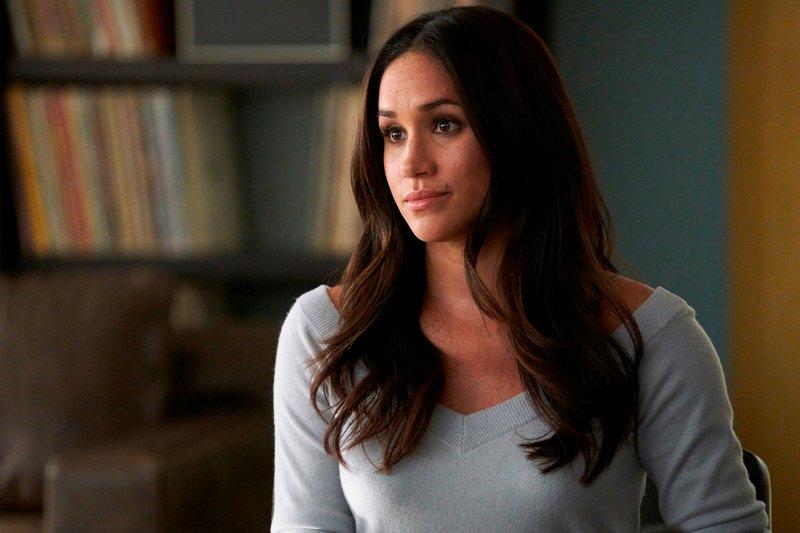 NEW YORK -- Meghan Markle will be getting married twice this spring; once in real life, and once on the USA series "Suits." Real life will imitate art this spring when Markle bids farewell to the legal drama in a wedding -- and then goes off to marry her prince in real life.

Show creator and show runner Aaron Korsh has written an on-screen wedding for Markle's paralegal-turned-lawyer Rachel Zane, who will finally exchange vows during the April 25 season seven finale with her longtime love Mike Ross, played by Patrick Adams. The two have been lovebirds for years and had one previous wedding date collapse.

Both actors will then exit the show, which starts filming season eight this month. The wedding will be a sort of dress rehearsal for Markle's real one to Prince Harry at Britain's Windsor Castle on May 19.

"I think we had to do this," said Korsch. "It's something that we owed and had to do. Obviously, I'm so happy for Meghan in her personal life and that it landed sort of similarly. It just happens."

Korsh said he was thankfully given enough warning that Markle's real-life romance might trigger changes in her character's plotline and he didn't have to scramble to undo anything.

"When you start a show, they definitely don't tell you to anticipate that one of your actors is going to marry a prince. That's just not in the handbook," he said. "But a lot of time, these things kind of force you to open up the box and get creative and invite new characters into your world and explore them."

Macht, who plays Harvey Specter on the show, has already texted and emailed Heigl to welcome her. "I think she's going to fuel a lot of fire for a lot of the characters in the show and there's going to be a lot of conflict going on," he said.

Macht said it was a bittersweet time for the show with the arrival of a film star to the cast but also the loss of Markle and Adams, two actors from the core ensemble.

"Their intelligence and their humor and just the weight that they bring onto set will be sorely missed. It'll be a new space. It'll be a new rhythm that we'll all have to find," he said. "That brings opportunity for us but it also brings a sense of loss."

Korsh said at least he could give the long-engaged couple a happily-ever-after "in a climactic way, which is very satisfying."

"The good thing is if they didn't ride off into the sunset together, we would have to break them up and we didn't want to do that," he said. "That was one fortuitous thing that happened with them both leaving at the same time: We got to give them a happy ending."