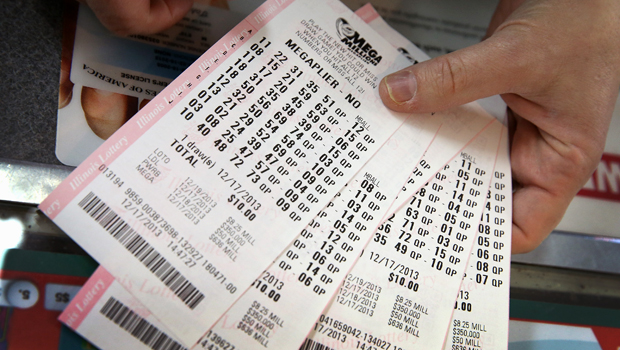 ATLANTA -- Though the Georgia winner in this week's Mega Millions jackpot has 180 days to claim the near-record prize, state lottery officials said Wednesday afternoon that the ticketholder has come forward.

Georgia Lottery President and CEO Debbie Alford identified the winner as Ira Curry during a news conference Wednesday afternoon. Curry wasn't in attendance, but Alford said she would take the cash option of more than $173 million, or $123 million after taxes.

The jackpot, set at $636 million at the time the winning numbers were picked, was going to grow and was likely to wind up closer to $648 million, according to Alex Traverso, a spokesperson for the California Lottery.

Both $636 million and $648 million would be the second largest jackpot in U.S. lottery history. The largest was $656 million.

The Atlanta store is in Buckhead, a financial center of Atlanta and one of its largest neighborhoods, a vast northern area known for upscale shopping centers such as Lenox Square and Phipps Plaza, both a short walk from the store that sold the winning ticket. The Alliance Center is home to a variety of offices - lawyers and financial services professionals, even the Brazilian Consulate General.

Curry, who wants her privacy, used a combination of family birthdays.

"She told us that she bought one ticket and it was a last-minute purchase," Alford said.

Young Soo Lee owns the store with her husband, Young Lee. She grinned as she arrived Wednesday morning at the shop off the lobby of the Alliance Center office building. The newsstand - a small, long shop with one register that can hold perhaps 10 people at a time - is frequented by workers at the office building, which sits across the street from an upscale mall.

"I'm so excited and so happy now," Young Soo Lee said. "I love my store and the customer."

Earlier media reports indicated the couple would receive a bonus for selling a winning ticket. But Georgia Lottery spokeswoman Tandi Reddick clarified that's not the case.

"They do have the distinction of being known as the lucky store now, and that's always great news for them," Reddick said.

Store customer Melzetta Oliver called the owners "wonderful people," but the news that they'd get no financial reward disappointing.

"I thought this morning that they would win a million dollars," Oliver said, adding that "they should have something."

The California store owner will get $1 million, lottery officials there said. He is Thuy Nguyen of Jennifer's Gift Shop in San Jose.

Nguyen has owned the store just four months. He told KNTV doesn't know who the bought the winning ticket at his store, which sits along San Jose's tree-lined Tully Road, amid a cluster of Asian restaurants. But it's likely someone he knows - most of his customers are his friends.

Buyers lined up hoping some of Nguyen's luck would rub off on them. And he does seem lucky. He left Vietnam alone when he was 12 years old.

He is living the American dream, he said.

Each state that participates in Mega Millions follows its own statutes, regulations and governing board, Ott said. She said she didn't know how many states had policies similar to Georgia's but noted that there is a "wide variety of retailer bonus programs."

With winning numbers of 8, 14, 17, 20, 39 and Mega Ball 7, Tuesday's jackpot was the second-largest lottery prize in U.S. history. It started its ascent Oct. 4. Twenty-two draws came and went without winners, Otto said.

Otto said $336 million in tickets were sold for Tuesday's drawing - they had projected $319 million.

The winners can choose to be paid over time or in a cash lump sum, Otto said. Based on the $636 million figure, the winners would receive $318 million each over time or the cash option.