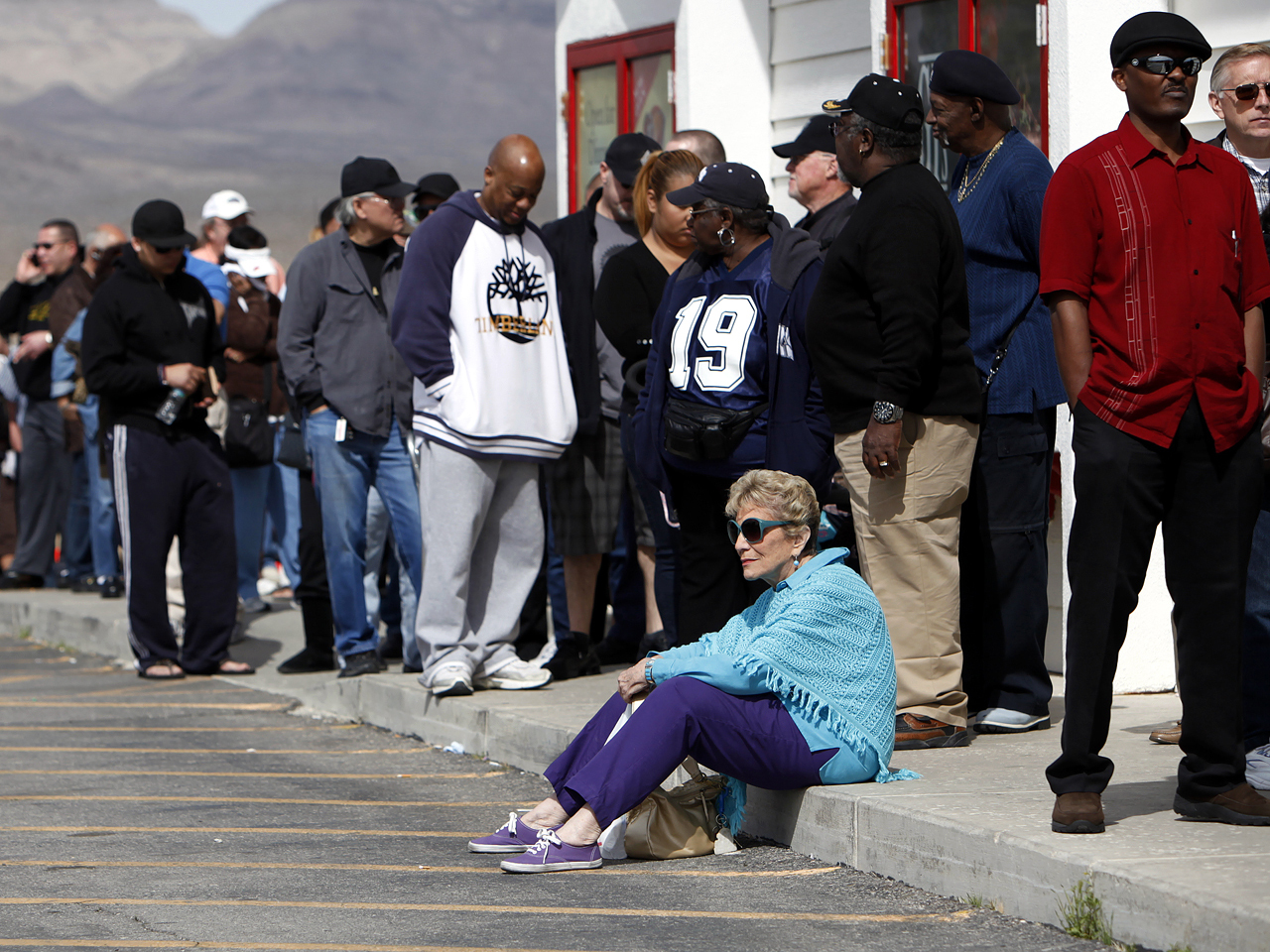 (CBS/AP) OMAHA, Neb. - Lottery ticket lines swelled as the record Mega Millions jackpot grew to $640 million, thanks greatly to players who opened their wallets despite long odds of success. Officials estimated ticket-buyers will have spent more than $1.46 billion on the jackpot by the time Friday night's numbers are drawn.

A cafe worker in Arizona reported selling $2,600 worth of tickets to one buyer, while a retired soldier in Wisconsin doubled his regular weekly ticket spending to $55. But each would have to put down millions more to guarantee winning what could be the biggest single lotto payout in the world.

"I feel like a fool throwing that kind of money away," said Jesse Carter, who spent the $55 and donated the last two tickets he bought at a Milwaukee store Friday to a charity. "But it's a chance you take in life, with anything you do."

Mega Millions: What to do if you win
Long odds for winning Mega Millions jackpot
When lottery pools go wrong

The jackpot, if taken as a $462 million lump sum and after federal tax withholding, works out to about $347 million. With the jackpot odds at 1 in 176 million, it would cost $176 million to buy up every combination. Under that scenario, the strategy would win $171 million less if your state also withholds taxes.

Laura Horsley, who does communications and marketing for a trade association, bought $20 worth of Quick Pick tickets at a downtown Washington, D.C., liquor store Friday. But Horsley, who said she won't buy a lottery ticket unless the jackpot tops $100 million, remained realistic.

"I don't actually think I'm going to win, and I don't believe in superstitions or numbers or anything like that," she said. "I just figured it's right around the corner. I'd be crazy not at least to give it a shot."

Thousands of players -- who converged on convenience stores in 42 states and Washington, D.C., where Mega Millions tickets are sold -- agreed.

Kelly Cripe, a spokeswoman for the Texas Lottery Commission, said that as of Tuesday, nationwide sales for the Mega Millions drawing totaled more than $839 million. Officials projected an additional $618.5 million in sales ahead of Friday's drawing, however, for a projected total sales figure of more than $1.46 billion.

"This is unprecedented," Cripe said Friday by e-mail.

Some Indiana players managed to get freebies, as Hoosier Lottery officials gave away one free Mega Millions ticket to each of the first 540 players at several outlets around the state Friday -- a plan announced before the jackpot grew by $100 million.

In Indianapolis, college student Chris Stewart said he showed up at the lottery's headquarters at 6:30 a.m. to be first in a line.

"I've never seen a jackpot like this before," said Stewart, who bought five additional tickets. "If I won -- I mean wow! I just don't know what I'd do. I'd really have to think what I could do with it."

The lines were out the door at Rosie's Den cafe in the rural northwestern Arizona community of White Hills, 72 miles southeast of Las Vegas and one of the closest points to Nevada -- which doesn't offer Mega Millions -- for buyers to get in the game.

Mike Catalano, chairman of the mathematics department at Dakota Wesleyan University in Mitchell, S.D., concedes the math is clear: The more tickets you buy, the better chances you have of winning. Better long-shot chances, of course.

For David Kramer, a lawyer in Lincoln, Neb., buying his Mega Millions ticket wasn't about "the realistic opportunity to win."

"It's the fact that for three days, the daydreaming time about what I would do if I won is great entertainment and, frankly, a very nice release from a normal day," he said.

In Armen Keteyian's report for "CBS Evening News", the revenue from that jackpot pie is divided in three ways: About 60 percent goes to prize winners; 15 percent to retailers, marketing and operations; and 25 percent, or about $14 billion, goes back to the states for government services.

And while states earmark that money for education programs, state lotteries covered only a fraction of state education spending," according to a CBS News investigation.

Where does MegaMillions money go after the jackpot?
Is The Lottery Shortchanging Schools?

Everett Eahmer, 80, of St. Paul, Minn., said he's been playing the lottery "since the beginning."

"If I win, the first thing I'm going to do is buy a (Tim) Tebow football shirt, and I'm going to do the Tebow pose," said Eahmer, who bought five tickets Thursday. "I'm with him in honoring a higher power."

Lottery officials are happy to have Friday's record Mega Millions jackpot fueling ticket sales, but even they caution against overspending.

"When people ask me, I just tell them that the odds of a lottery game make it a game of fate," said Chuck Strutt, executive director of the Urbandale, Iowa-based Multi-State Lottery Association that oversees the Mega Millions, Powerball and other lotteries. "Just buy a ticket, sit back and see if fate points a finger at you for that day."

And what happens if you win? CBS MoneyWatch's Jill Schlesinger has some recommendations -- among them 1) Read the rules on the back of the lottery ticket and the lottery web site; 2) Assemble a team that would include interviewing attorneys and financial advisors; and 3) Allow yourself to spend a little money, but don't go crazy.