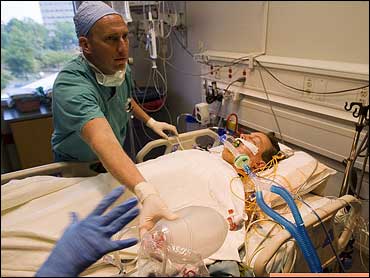 We don't hear much about the art of medicine these days, but doctors know what it means. In fact, their opinions of peers assess this indirectly in our rankings of hospitals. Patients figure it out, too, for the art of medicine transcends all else when an anxious individual confronting death or disability looks to the physician and asks, "What's right for me?" The response distinguishes medicine as a timeless noble craft from a medicine that's measly or even ignoble. Before you dismiss this notion of "art" as squishy or outmoded, understand what it means. As old as the ancient temples and as contemporary as the decoded genome, it can be summed up in four principles: Mastery. Individuality. Humanity. Morality.

By mastery, I mean expertise, not just experience; wisdom more than knowledge; and a creative way of thinking, ever alert to the reality that sickness is not as obvious as it seems. I think of a consulting oncologist who ordered a pregnancy test for a woman in her 40s, dying from a carcinoma spreading so rapidly throughout her body that her doctors weren't sure if it had started in her lung or liver. He had a hunch that the tumor was something different, an exceedingly rare and completely curable cancer originating from a degenerated early pregnancy. He was right. She was cured.

But the art of this physician did not lie in one breath-stopping diagnosis; it was his batting average, high across the board, to the benefit of all his patients and students. Just like the surgeons who operate with consistently better results and lower mortality than their peers, who become standard-setters for others to emulate or surpass.

From admission to discharge, Dr. Bernadine Healy preps patients and their families for major surgery

True mastery also encompasses the humility to listen and the studiousness to always learn and question. Such doctors are found everywhere, although better hospitals tend to have more of them — doctors in the mold of one of Johns Hopkins's greatest clinicians, Helen Taussig, whose insights half a century ago have saved countless blue babies. Such artful physicians are evidence as good as I know that medicine is more than science and vastly more than a commodity. As are our patients.

Understanding the individuality of the sick is part of medicine's art, well chronicled by the Roman educator A. Cornelius Celsus in his masterly work De Medicina, written 2,000 years ago. Celsus teaches that the physician applies a common knowledge while searching in a given patient for unique characteristics that may be at odds with established dogma. He writes, "Nay, even in the same patient, the particular characteristics of a disease are very variable, and those who have been treated for a time in vain by the ordinary remedies have been often restored by contrary ones." Attention to individuality—then and now—makes all the difference in quality of care.

The same but different. "Personalized medicine" is today's lingo for this, enabled and stimulated by human genomics and pioneering therapies that seek out and target differences among diseases commonly thought to be the same. Balancing commonness with individuality means uniform practice guidelines (beloved by billers and bureaucrats) are not chiseled in stone. And the best doctors respect but are not hidebound by statistical means that may fall short of responding to "What's right for me?"

Answering that question calls for two other principles: humanity and morality. They measure not what physicians know but who they are. Humanity is as basic as imagining what it's like to be their patient and offering the competence, kindness, and devotion that they themselves would want. This does not mean emotionally dissolving in a patient's plight but rather connecting to the entire human being, not just to the disease or organ. Even if it's hard to measure, I have no doubt this is critical to healing.

The doctor-patient relationship rests on a moral foundation as well. A vulnerable patient turns over a measure of privacy and control to a doctor only because of need, creating an asymmetric partnership that demands physician integrity. This has always been so, explaining the oath, handed down from the time of Hippocrates, which says, simply: Tell the truth, do no harm, take no advantage, keep secrets.

I've seen many a graduating medical school class rise and take the oath of Hippocrates along side longtime doctors, who routinely are invited to stand and renew their vows as well. At the risk of sounding corny, it's a moment of sanctity for a profession that is a timeless art, one based on trust and a patient's faith.