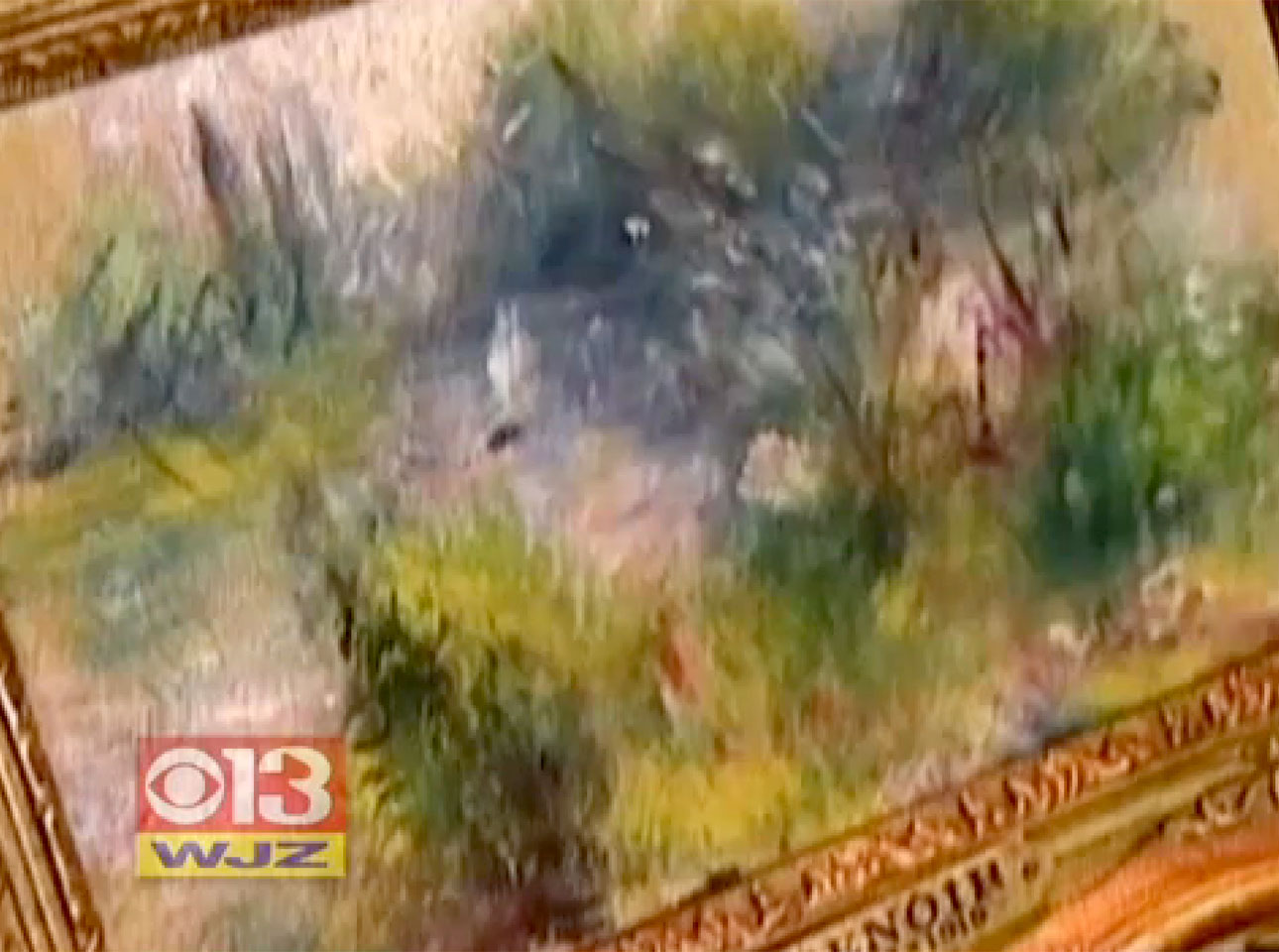 (CBSNews) BALTIMORE - A Maryland woman lived an antique collector's dream when she came across a Renoir masterpiece shoved in a box at a West Virginia flea market.

The woman, who asked to remain anonymous, told CBS affiliate WJZ-TV by phone she spent only $7 on a box of items. One of those items happened to be a 1879 painting by the iconic French impressionist that had been missing since the 1920s - which could fetch at least $75,000.

"I noticed the frame on this picture and I liked the frame. I bid $7 and I won the box," she told WJZ-TV.

It wasn't until a year later when the Maryland woman wanted to take the painting out of the frame that she realized what she really had on her hands. Her mother spotted the name Renoir on the edging, a French gallery label and a stock number.

The woman brought the painting to the Potomack Company Auction House by late August. They confirmed it was indeed an authentic work of Pierre-Auguste Renoir's, titled in French, "A Landscape on the Banks of the River Seine." It's estimated to be worth $75,000 to $100,000, but its story makes it all the more invaluable, experts say.

The auction house said its getting calls from all over the world because the painting was last heard about in 1926, WJZ-TV reports.

"It really is a needle in a haystack. Just unbelievable that something is out there, lost for so long and waiting to be found," said auction house owner Elizabeth Wainstein.

How did the painting end up in a flea market to begin with? That's still a mystery. But the Maryland winner said she feels pretty lucky to have ever come across it.

"I'm living proof you don't know what you get in a box," she said. "One man's trash is another man's treasure."

The Renoir will be up for public auction on Sept. 29. The woman told The Huffington Post she plans on using the money to go on a trip to Paris.