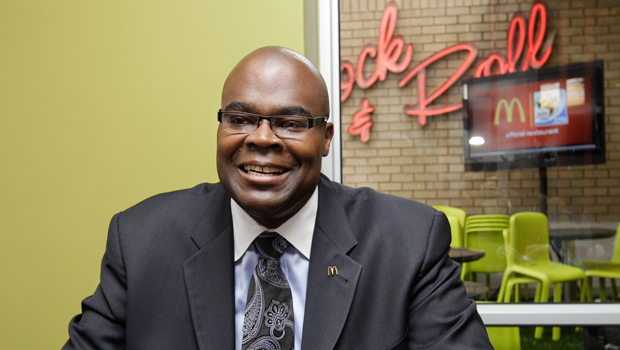 The pay increases from the world's biggest hamburger chain came during a challenging time for the industry.

McDonald's, based in Oak Brook, Ill., gave Thompson a package worth $13.8 million, up from the $4.1 million he received in 2011, according to a regulatory filing Friday.

Thompson had been serving as chief operating officer and took over for Skinner in July. The 50-year-old inherited the top post at a time when McDonald's is facing intensifying competition at home and difficult economic conditions around the world.

Late last year, a monthly sales figure dropped for the first time in nearly a decade. The fast-food chain fired the head of its U.S. business soon after and has renewed its emphasis on its Dollar Menu and overall value.

The troubles come after a period of strong growth for McDonald's, which had managed to grow even through the recession and was a standout in the industry. The success was largely credited to the company's "Plan to Win," which was rolled out in 2003. Under the plan, McDonald's scaled back on new stores openings, got rid of unprofitable businesses and expanded its menu items.

Skinner, who had been CEO since 2004, was among the group of executives that designed the plan.

In 2012, his pay package went up to $27.7 million from $8.8 million the year before, reflecting a $10.2 million payment as part of his retirement under his contract agreement.

His pay included a base salary of $753,333, stock awards of $1.7 million and option awards of $3 million. His incentive pay came to $11.6 million, according to a filing with the Securities and Exchange Commission.

All other compensation came to $10.6 million, reflecting his $10.2 million as part of his retirement, contributions to retirement plans and use of a company plane. The company noted that Skinner will also get "secretarial services" for two years after his retirement.

All other compensation came to $324,816 and also included perks such as use of a company plane and retirement plan contributions.

The Associated Press formula for compensation takes into account an executive's base salary, bonuses, perks, above-market interest the company pays on deferred compensation and the estimated value of stock and stock options awarded during the year.

The value that a company assigned to an executive's stock and option awards for 2012 was the present value of what the company expected the awards to be worth over time.