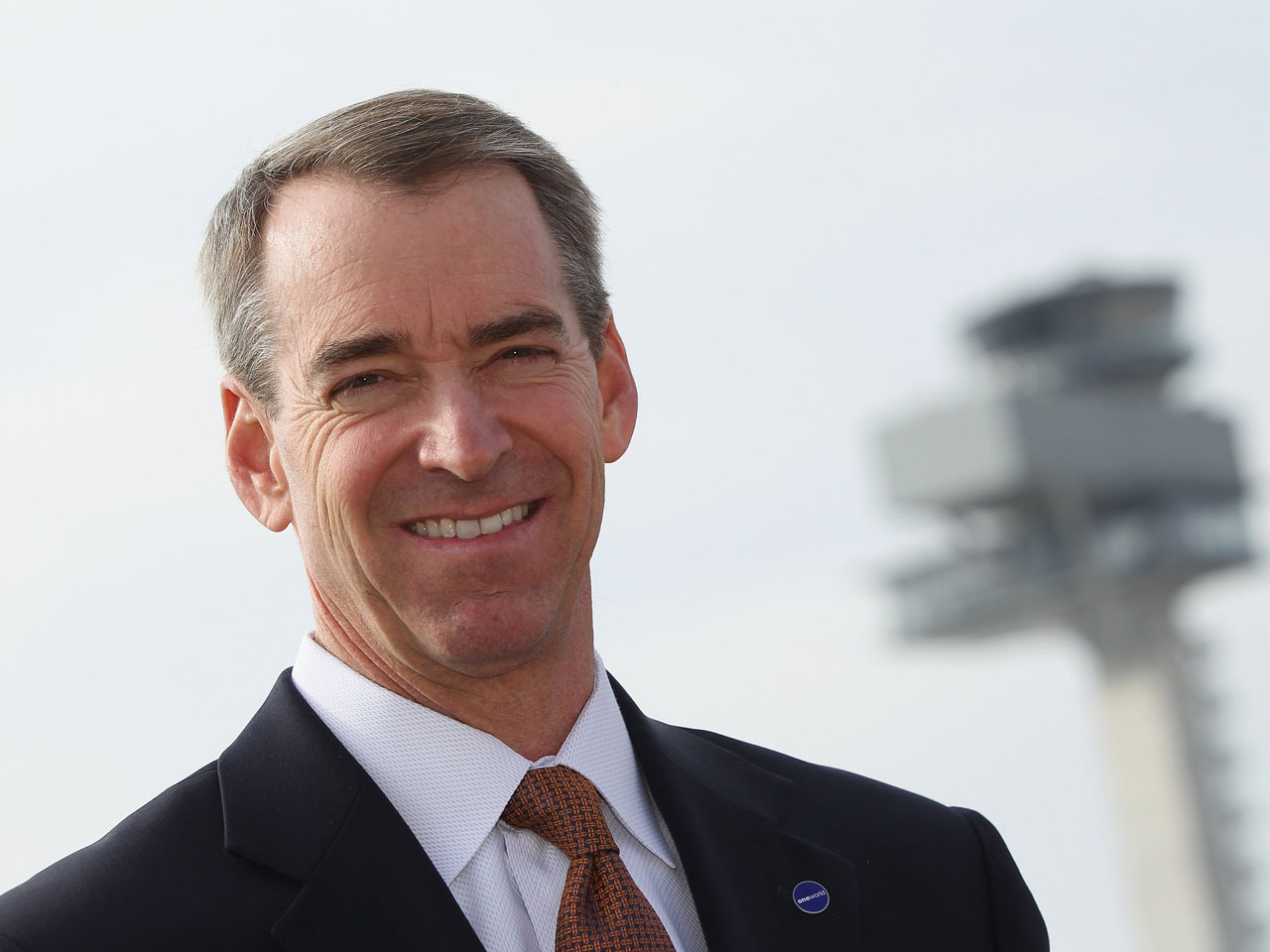 DALLAS A federal bankruptcy judge has at least temporarily blocked a proposed $20 million severance payment for the CEO of American Airlines as part of the company's merger with US Airways.

The judge ruled Thursday that the proposed payment to CEO Tom Horton exceeded limits that Congress set for bankruptcy cases in 2005.

A spokesman for American said Friday that the airlines would push ahead with their merger and deal with Horton's compensation later.

The U.S. trustee's office, part of the Department of Justice, had objected to Horton's compensation. Judge Sean Lane declined to approve the payment during a hearing on March 27, but he didn't issue a ruling until Thursday.

Although Lane denied the severance under bankruptcy law, he left open the possibility of a payment as part of American's final reorganization plan, which has not yet been filed. American Airlines spokesman Mike Trevino said the airline intends to address Horton's compensation that way.

The judge's ruling "allows us to continue progressing forward with our planned merger with US Airways," Trevino said in a statement. "It's American Airlines' current intention to address Mr. Horton's compensation arrangement in the plan of reorganization."

While blocking Horton's payment for now, Lane formally approved the plan for American Airlines parent AMR Corp. to merge with US Airways Group Inc. (LCC) in a deal that would create the world's largest airline. Lane said during the March hearing that he would approve the merger, which is now being reviewed by U.S. antitrust regulators.

Under the deal, the new company will be called American Airlines but run by US Airways CEO Doug Parker. Horton would serve as chairman for a few months and then leave with a severance of $19.875 million equally divided between cash and stock.

The trustee's office argued that severance payments to insiders such as CEOs can't be more than 10 times the average severance pay for non-management employees.

AMR argued that the limit didn't apply because the payment would be made by the new company formed after AMR emerges from bankruptcy protection.

But Lane called that argument "somewhat of a legal fiction" because the money was Horton's reward for his work at AMR, not at the new company, which will be called American Airlines Group Inc.

Lane wrote that if the new company wants to make a payment to Horton, it could do so without getting the court's approval. The new company won't be bound by bankruptcy laws "and instead will answer only to its shareholders," he wrote.

AMR also argued that Horton's payoff was similar to payments made to CEOs in other airline mergers. But Lane said the earlier deals -- Delta's purchase of Northwest and United's merger with Continental -- didn't occur under bankruptcy and its limits on insider severance payments.