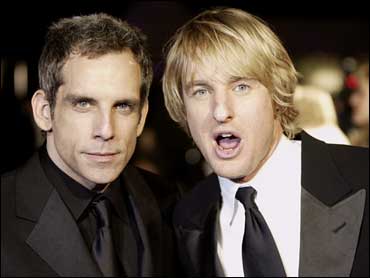 Wilson, 38, dropped out of the DreamWorks movie after an apparent suicide attempt in August.

McConaughey has an uncredited cameo in the movie, his publicist Nicole Perez said Wednesday.

The movie is about a group of actors who gather on a remote island to shoot a big-budget war movie and are forced to become the soldiers they are playing.

Wilson was taken by ambulance to a hospital after police responded to a call about a suicide attempt at his Santa Monica home. The day after he was hospitalized, he issued a statement asking for privacy so he could "receive care and heal."