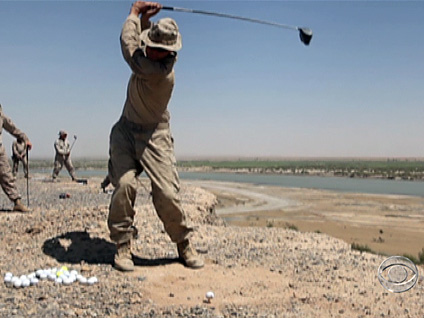 Passing an emergency war funding bill to pay for President Obama's 17,000 troop increase and continued efforts in Afghanistan was never going to be easy in the House. Liberals are weary of war, fiscal hawks are concerned about deficits and Republicans are increasingly willing to vote against troop funding if Democrats lard up the bills with measure that have nothing to do with war.

Democratic aides say that Gen. Stanley McChrystal made things a little more complicated. That funding is to pay for the execution of McChrystal's strategy. For his vision. One leadership aide said that the shocking profile of McChrystal in Rolling Stone raised serious questions about McChrystal's judgment and leadership at a time when they are struggling to get Democratic votes for the money. Now, the general has been relieved of duty and replaced by Gen. David Petraeus.

One Democratic aide said that deciding on the best way forward is complicated by members' belief that Republicans will just say no to everything so Democrats have to find ways to pass things with just Democratic votes. The aide said "it's like putting together a puzzle without a picture."

When asked what needs to happen for Republicans to support the bill, House minority leader John Boehner said this morning that he's "hopeful that the Democrat majority in Congress bring a clean supplemental to the floor of the House so that members can cast their votes."

Democratic leadership aides said that they are still looking at a number of options to try to pass a supplemental bill that Defense Secretary Robert Gates says is needed by the July 4th recess:

House majority leader Steny Hoyer made the point yesterday that this funding is for troops on the ground in Afghanistan who "need further resources." Hoyer did admit, though, that the negative news out of Afghanistan, from McChrystal's comments to difficulties on the ground in the Helmand Province, "all of that is not helpful in terms of giving a sense of confidence to the American people or the Congress that this effort is being successful."

House Democrats don't need any more bad news as they try to move forward a bill that is already a heavy lift.