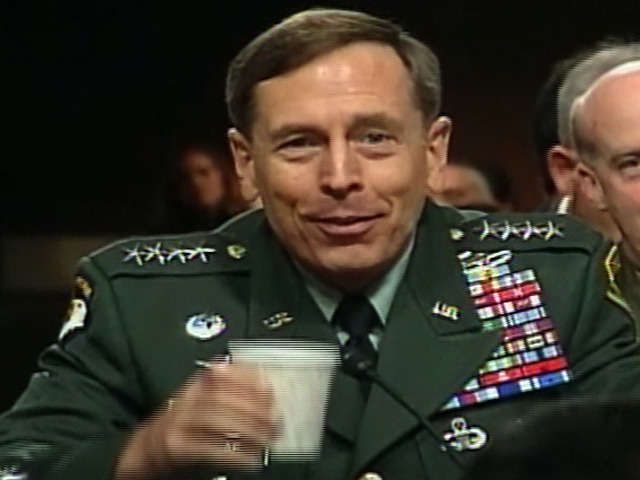 Senate leaders have promised Gen. David Petraeus a swift confirmation next week so he can assume his new role as head of U.S. forces in Afghanistan, but not before questioning him about President Obama's pledge to begin withdrawing troops in July 2011. Some are also calling for additional personnel changes in the Afghanistan team.

"The issue that will be raised in General Petraeus' confirmation hearings is exactly what is meant by withdrawal in the middle of 2011, whether that is, 'etched in stone,' as the president's spokesperson, Mr. Gibbs, stated or whether it will be conditions-based," Sen. John McCain said yesterday in a press conference. "We feel very strongly that it needs to be condition- based, because if you tell the enemy when you are leaving, then obviously it has an adverse effect on your ability to succeed. So that is a major concern. And there's still a great deal of ambiguity about that issue."

McCain reiterated his concern this morning on ABC's "Good Morning America. (Watch the video below)

"We cannot tell the enemy when you are leaving in warfare and expect your strategy to be able to prevail," he said. "That's just a fundamental of warfare."

McCain also said he told the president that he should make further personnel changes.

"We need a new team over there as well, perhaps at the embassy and other areas," he said. "The relationship between civil and military is not what it should be."

Lieberman called the discussion in the U.S. about the possible July 2011 withdrawal date "harmful and unnecessary." Graham said the July 2011 policy is "confusing" and "undercuts the war effort," but that the change in leadership gives the administration a chance to re-evaluate it.

There is tension over the withdrawal date in the House of Representatives as well, Politico reports.

"I think retracting the withdrawal date completely would be the best thing to do to give Gen. Petraeus the most latitude and flexibility," Rep. Tom Price (R-Ga.) said.

Liberal Democrats, however, aren't willing to keep troops in Afghanistan much longer than that.

"I think we're going to have to keep to that promise," said Rep. Barbara Lee (D-Calif.), a member of the Congressional Progressive Caucus. "We have to at least ensure that the administration is up to its promised time frame."

McCain said this morning that he can anticipate what Petraeus will say in his confirmation hearings.

"He is going to say that he is going to give his best advice based on conditions in Afghanistan, and I am very concerned about that ambiguity, which is sounding an uncertain trumpet not only in Afghanistan but in other parts of that region as well," the senator said.

During a Senate Armed Services Committee hearing last week on Afghanistan, Petraeus said he supported the president's July 2011 date because it conveys a sense of urgency for Afghan leaders to take greater responsibility.

The timeline, he said, does "not imply a race for the exits, a search for the light to turn off or anything like that... What happens in July 2011 is a beginning of a process for transition that is conditions based, and the beginning of a, quote, process of a responsible drawdown of U.S. forces."

Petraeus added, however, "In a perfect world... we have to be very careful with timelines."

McCain said this morning that the "surge" strategy in Iraq that Petraeus successfully carried out "wouldn't have succeeded if there had been a date certain."

Yet Petraeus said in last week's hearing, "I did set a timeline ultimately in Iraq."

"In fact, testifying before this body in September 2007, I said we would start the drawdown of our surge forces in December based on a projection of conditions that would be established," he said. "We are assuming that we will have those kinds of conditions that will enable that by that time in July 2011."

Petraeus said that the situation that exists today in Afghanistan does not mean that the drawdown is a given, but he does believe in the projection of conditions that would allow for withdrawal.

Malcolm Chalmers, from the British think tank Royal United Services Institute, told the Associated Press there simply is not enough time to rethink the withdrawal date.

"This is not the time for a new commander to come in to rethink strategy," he said.

Update: Admiral Mike Mullen, the chairman of the Joint Chiefs of Staff, said this morning that it will be clear by the end of the year whether the July 2011 date is feasible yet, CBS News Producer Mary Walsh reports.

"There will be indicators how the strategy is working," he said. "There is this desire to focus on timelines... it in fact creates a sense of urgency that wasn't there before."